Czech automaker Skoda has unveiled its new logo, which is a continuation of the brand’s new design language unveiled with the Vision 7S concept. This is said to be the biggest change in Skoda’s brand identity in the past 30 years.

This is part of automaker’s Strategy 2030, which focuses on electrification and digitalization. Like most new automakers in recent times, Skoda has gone with a simpler logo design in two-dimensional graphics. According to the company, this makes it easier to be recognized on displays and print products compared to the existing three-dimensional design.

Instead of the previous familiar emblem, the new Skoda vehicles will now feature the wordmark. This typographic logo will appear not only on the rear of cars as seen in recent years, but also on the front.

To make the logo more expressive, Skoda gives the letter S an integrated hook accent. Martin Pavlík, a member of Skoda’s marketing team who worked on the new brand identity, explains the strategy as:

“The accent was a challenge for us: from a global perspective, it tends to be confusing for most of our customers. In the new form, this symbol will be integrated and blend in with the symmetry of the logo, while customers in the domestic market and some others will still recognize it in the lettering.”

The legendary wing logo however, will stay but in a slightly modified form. It has been simplified with a two-dimensional design and will be rendered in flat form from now on. Skoda says, the fundamental shape, size, and meaning of the logo remains unchanged.

The new logo design will first appear on communication materials and social media. Starting in 2024, it will also start to appear on new Skoda models. 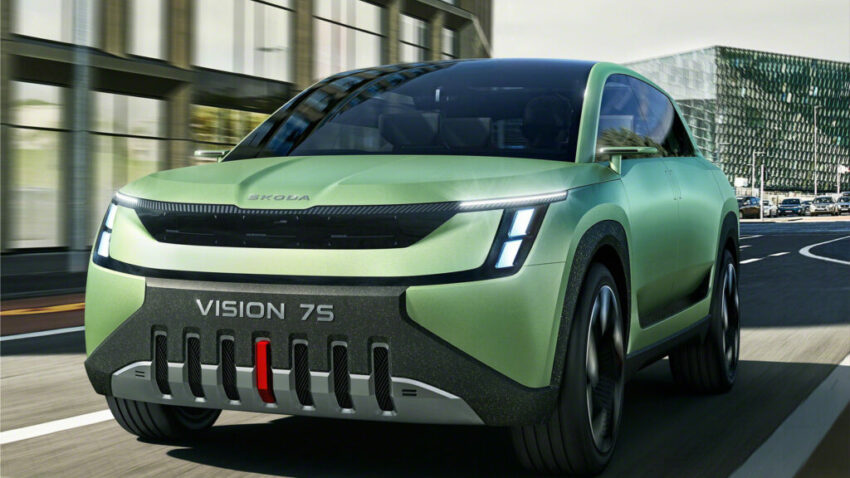