Chinese cars were mocked by the west for their poor crash test scores when they first emerged on the international stage. But hardly 5 years later Chinese automakers began to impress European safety authorities when Geely Emgrand EC7 along with MG6 scored 4 star result in Euro NCAP crash tests.

Now earning a 5-star Euro NCAP rating is becoming a normality for Chinese automakers as two more vehicles– the Smart #1 hatchback and the WEY Coffee 02 have earned the highest rating in Euro NCAP crash tests. This also means that more than 7 Chinese cars (including after ORA Funky Cat & Wey Coffee 01, BYD Atto 3, Lynk & Co 01 & NIO ES8 and NIO ET7) within a span of just 12 months have attained the highest rating under the most stringent criteria ever, for the Euro NCAP tests. 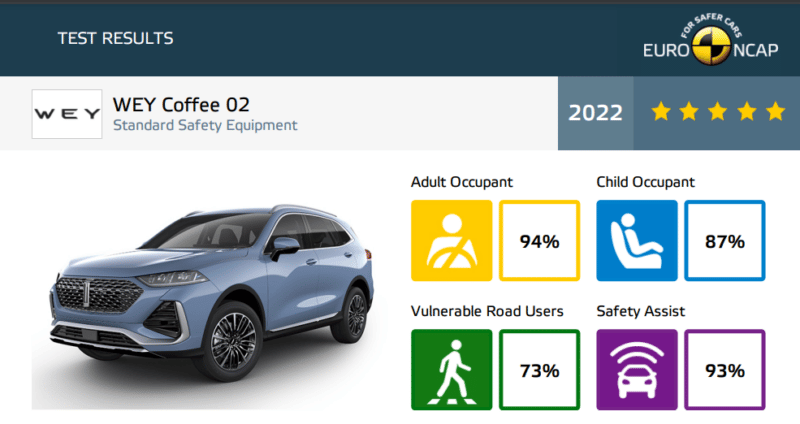 The WEY Coffee 02 achieved its highest marks in the Adult Occupant category at 94%, with 93% in Safety Assist section. The SUV also scored 87% and 73% in the Child Occupant and Vulnerable Road Users categories.

Whats even more impressive is the Smart #1 score, which despite its small size, achieved 96% in the Adult Occupant category. This is even more than the Tesla Model S which boasts a 94% AO score while the Nissan Ariya and Toyota bZ4X in the same category scored 86% and 88% respectively. Safety Assist score for Smart #1 was 88%, Vulnerable Road Users comes in at 71%, while the 89% recorded for Child Occupant protection shows that Geely has done its homework. It is pertinent to mention that the Smart #1 is built on Geely’s Sustainable Experience Architecture (SEA) platform. 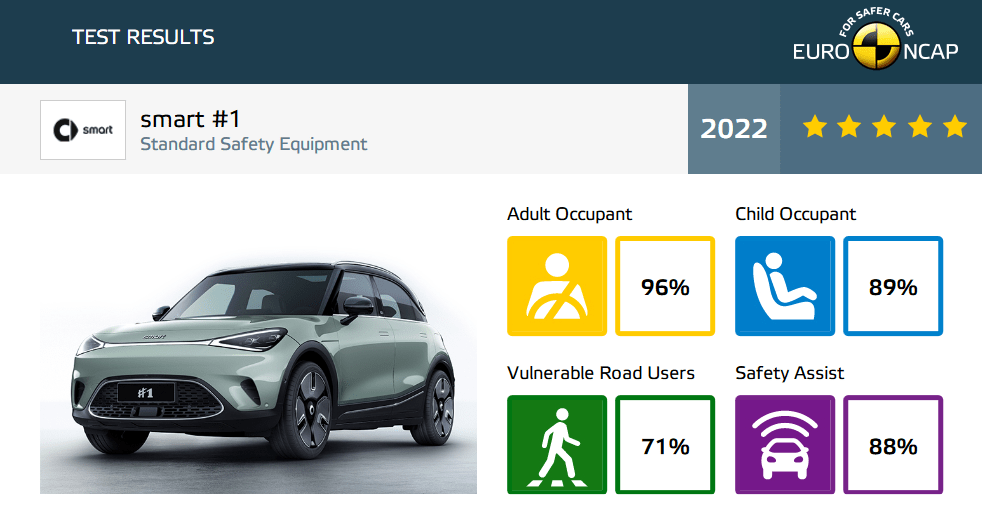 The impressive results for Chinese cars emphasizes a commitment to safety, and proves the fact that its not just about a cheaper price or the flashy equipment on offer, but the built quality and safety equipment in these cars are on par with European & Japanese carmakers. With an increasing number of Chinese cars now available in Europe, Euro NCAP says it will be testing more “Made in China” cars in near future.