Chinese automakers never stop to amuse us, most of which emerged on the global scale during the previous decade and got fame due to the blatant copying and their blind eye towards copyright infringement. Although most Chinese carmakers have now started to design their own cars and have hired well known international automotive designers, new & small scale automakers continue to pop up and somehow can’t get themselves away from copying.

The latest to that list is the retro-styled Dolphin that was brought to the ongoing 2020 Beijing Auto Show by Songsan Motors, a small scale automaker which is known for producing Harley-like motorcycles in China. The Songsan Dolphin might look like an adorable retro-inspired convertible to most, but in fact it’s a carbon copy of the 1st generation Chevrolet Corvette C1 facelift that was produced between 1958 and 1962. 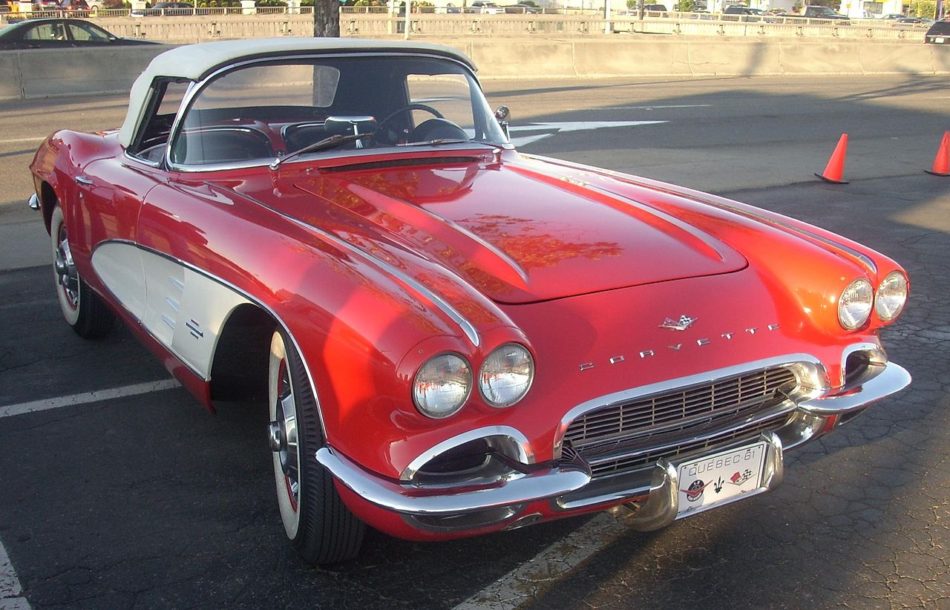 The Dolphin measures 4800mm long, 1850mm wide and 1390mm tall and comes in convertible as well as fixed roof form. While the outside is ditto Corvette C1, the interior gives you everything that harmonizes with this era. As per information the interior tech as well as powertrain have been sourced from BYD, the Chinese auto giant pioneering in battery & hybrid technologies and have recently joined hands with Toyota in China to mutually develop battery electric vehicles.

There is a multi-function flat bottomed steering wheel, electrically adjustable seats, power windows, touchscreen multimedia system, a modern gear selector, electric parking brake, multiple drive modes and a host of other digital controls. Plus the Dolphin comes in an array of interior color options reminiscent to those offered with the cars of 1950s & 60s.

And yes the SS Dolphin is a plug-in hybrid vehicle. Under the hood there is a 1.5 liter turbocharged engine that’s assisted by an electric motor. The combined system output is 315 hp and a worthy 535Nm of torque that’s channeled to the wheels via 6-speed dual clutch gearbox. According to the Songsan, the SS Dolphin shoots from 0 to 100km/h in just under 5 seconds. The battery pack has a capacity of 16kWh according to Chinese media which is good for modest driving range of up to 100 kilometers.

Songsan also displayed a car that’s very similar to the Volkswagen T1 and is called as SS Summer, however not much is known about this newcomer at this stage. In any case, this retro-cloned stuff is likely to stay within China where copyrights never seem to work well, but it does give us a good feast for our eyes. More details on the SS Dolphin can be found on Sondgsan’s website.