Called as the Suzuki Swift Sport Hybrid World Championship Edition, this special edition model is limited to just 7 units, signifying the team’s seven world championship victories. It comes painted in the colors of the official Suzuki GSX-RR with metallic blue base paint, pillars and the roofline finished in contrasting black color while the roof comes finished in silver. There is also a racing stripe with Suzuki’s branding running along the length of the car in addition to a sporty diffuser, dual-exhaust tips and larger 17-inch wheels to sum up the exterior enhancements. 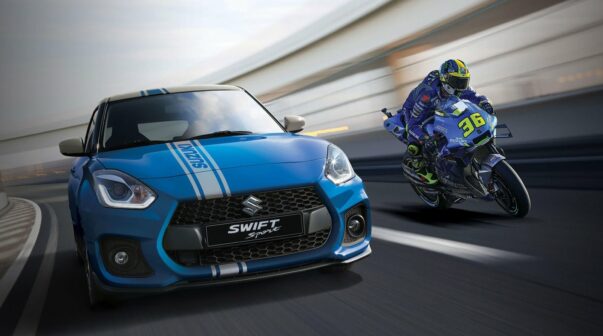 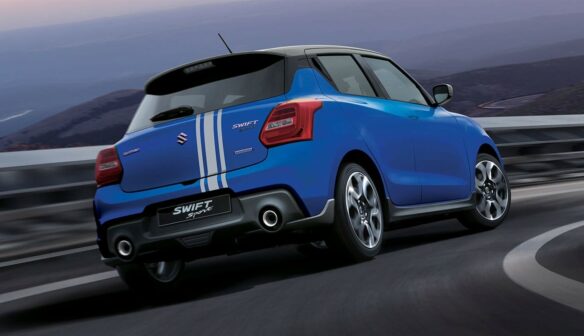 Inside the Swift World Championship Edition gets fluorescent yellow trim over the driver and passenger armrests, dashboard and transmission tunnel. What really makes the car special is the fact that it gets Suzuki’s latest MotoGP champion – Joan Mir’s signature adorning the dashboard. 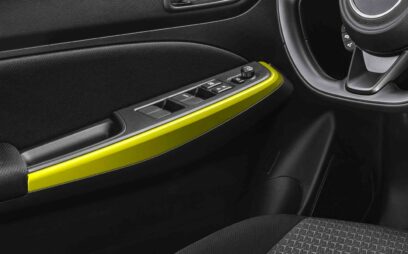 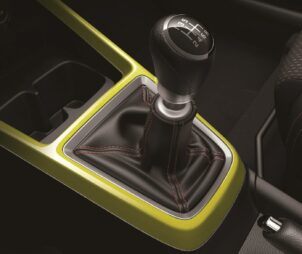 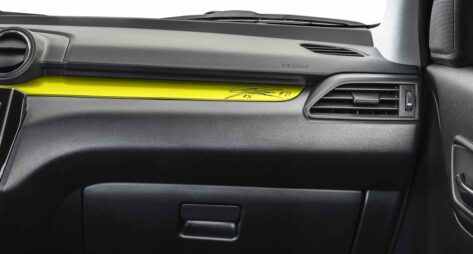 Under the hood, power is sourced from a 1.4-liter turbocharged petrol engine which works alongside a 48V mild-hybrid setup. The system is capable of churning out 129hp of power with an extra 13hp on tap thanks to the small starter motor and generator. Power is transmitted to the front wheels via 6-speed manual gearbox. The top speed of the car has been claimed to be at 210 km/h.

Related: Next Gen Suzuki Swift to Debut in July 2022

Swift is one of Suzuki’s most popular models globally, the current generation of which debuted back in December 2016. According to a recent report, the next generation Swift is set to make its debut in July 2022. Meanwhile Pakistan still gets the 2nd generation model that got retired from international markets in 2010. Pak Suzuki will finally phase out the Swift in August 2021 however the immediate replacement hasn’t been announced as of yet.