The 15th generation S220 Toyota Crown has been released for the Japanese market. It’s the largest car that Toyota makes and features a radical new design to bring one of Toyota’s most famous badges into the modern age of luxury cars.

First introduced back in 1955, Crown is Toyota’s longest-running nameplate. The 15th generation of the flagship model shares much of design with the latest generation Lexus ES sedan and despite being a Toyota, wears a unique badge to signify its position at the top of Toyota’s sedan hierarchy.

The interior features a redesigned cabin, which is adorned with premium material and trim. A total of seven interior color combinations are available, four standard and three special options. Equipment includes a 7-inch display located on the main center console, with a floating 8-inch screen perched above and slightly behind it. The top surface of the instrument panel has been positioned lower to produce openness, capitalizing on the placement of the double screens. 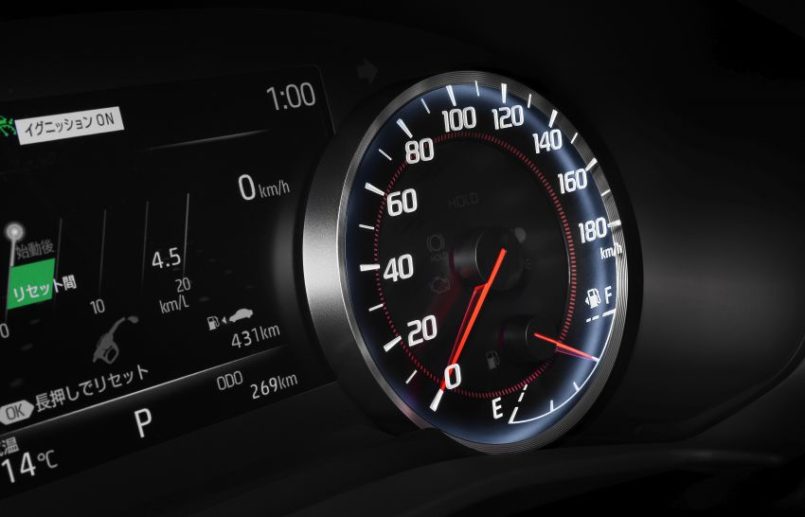 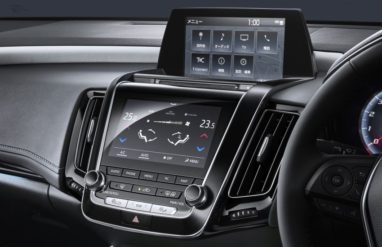 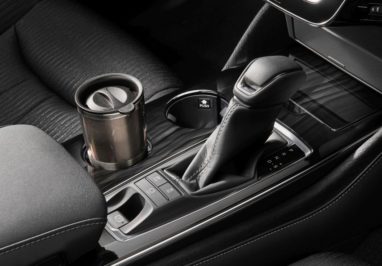 At the back, rear passenger leg space has been increased, with the newly-sculptured seats delivering optimum fit and reduced fatigue during long drives. On the G-Executive and G-Executive Four luxury models, the inclusion of high-end wooden panels and LED door lighting as well as a second-row air-conditioning system adds more plush and comfort.

It’s not just about luxury, because Toyota is pushing tech on the new Crown as well. New to the car is a range of connected services, including the fitment of a Data Communication Module (DCM) system as standard. A host of services focused on safety, security, comfort and convenience, such as maintenance notifications based on real-time driving data, will be offered to owners. 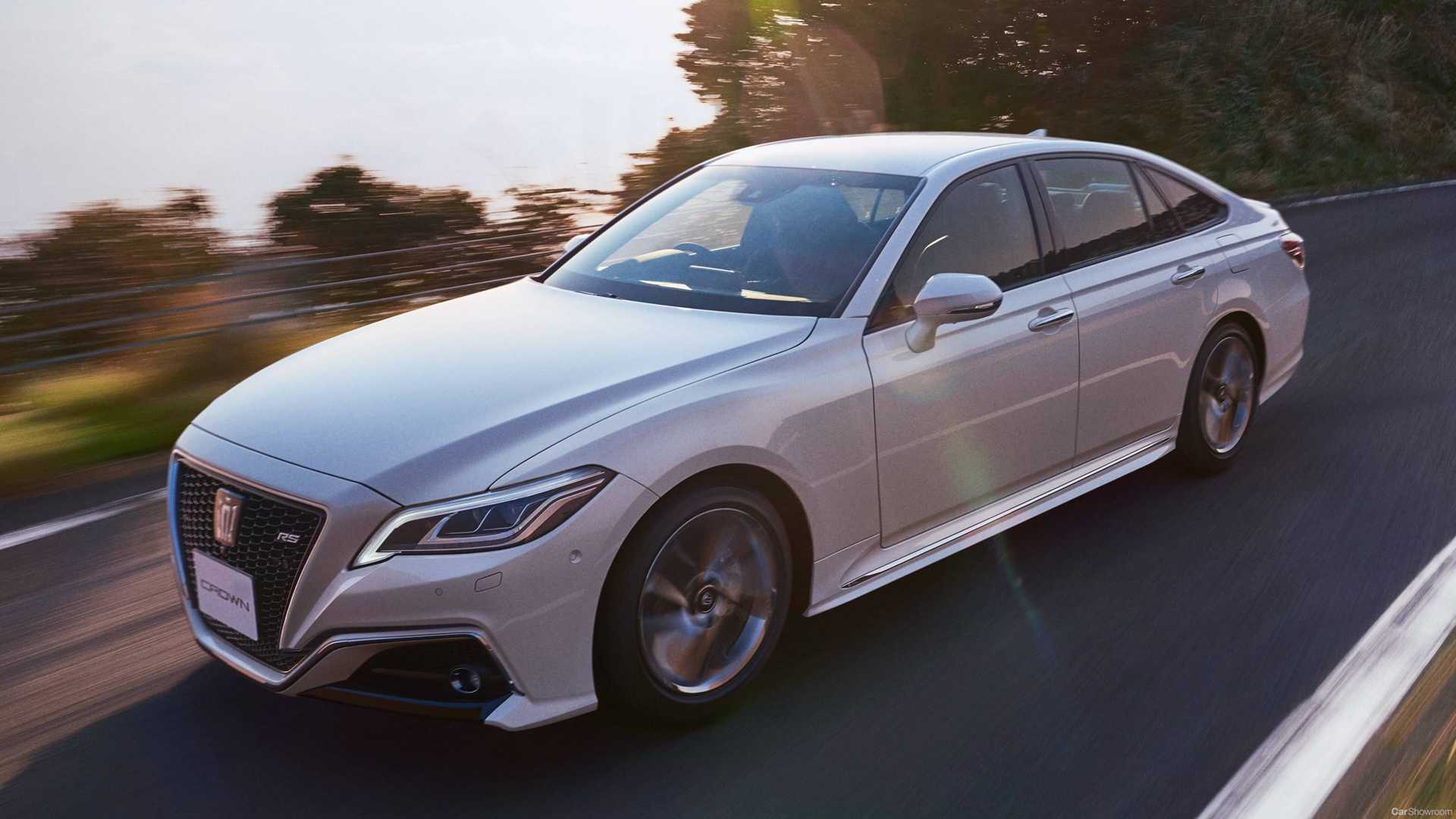 Riding on the new TNGA platform, a total of 21 variants are available for the 15th gen Crown. Along with three engine options and two drive configurations- rear-wheel and four-wheel drive, as well as a choice of seven exterior colors. 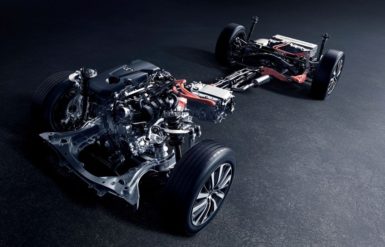 In terms of safety equipment, the new Crown comes equipped with second-generation Toyota Safety Sense package as standard across the entire range. It includes a pre-collision safety system able to detects pedestrians in both day and night conditions and bikes in the daytime. Also to be found are dynamic radar cruise control with full-speed range, lane tracing assist (LTA), adaptive high beam and road sign assist.

In addition to intelligent clearance sonar and rear cross traffic auto brake, the new Crown is also the first Toyota equipped with rear pedestrian support brake, which detects pedestrians using a rear camera, and in the case of a possible collision, activates alerts and brake control to minimize the risk of an accident.

Toyota is targeting a monthly sales volume of 4,500 units for the new Crown, which is built at its Motomachi plant in Aichi state. 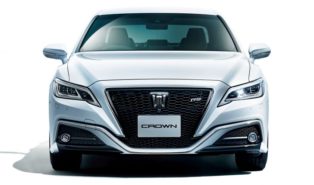 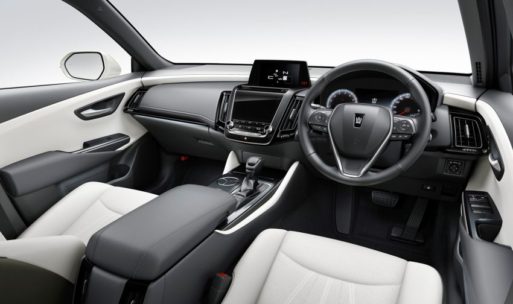 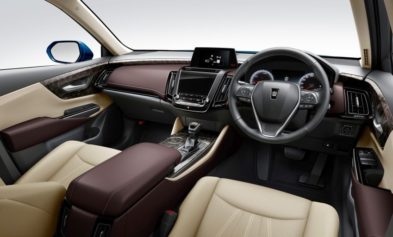 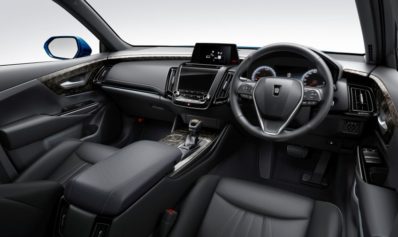 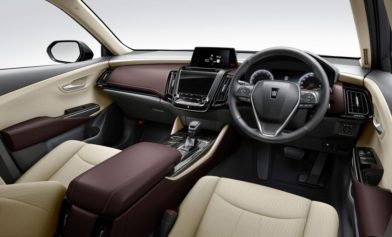 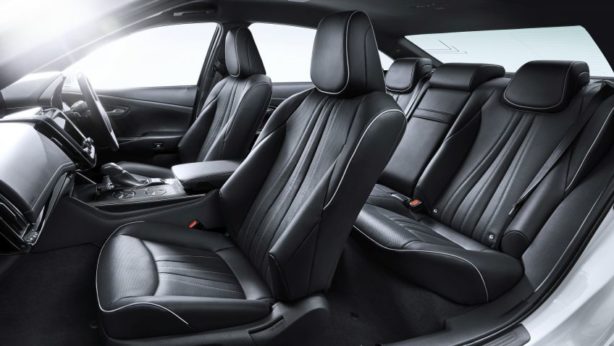 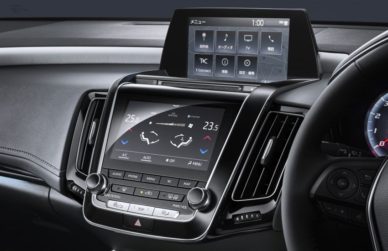