The Bubble Launch of Proton Saga

With a market starved for variety, a new car launch is always a very rare instance in Pakistan and is often celebrated by the masses like a once-in-a-lifetime event. Ironically however, even a rare occurrence such as this can end up in despair.

The recent ‘launch’ of Proton Saga is an example. Saga which emerged as the most affordable sedan in Pakistan was introduced by Al-Haj Proton against a competitive price of PKR 19.75 lac for the base model. With a catchy price tag, it was sure to get attention of the masses who were anxiously waiting for an affordable car to be launched. 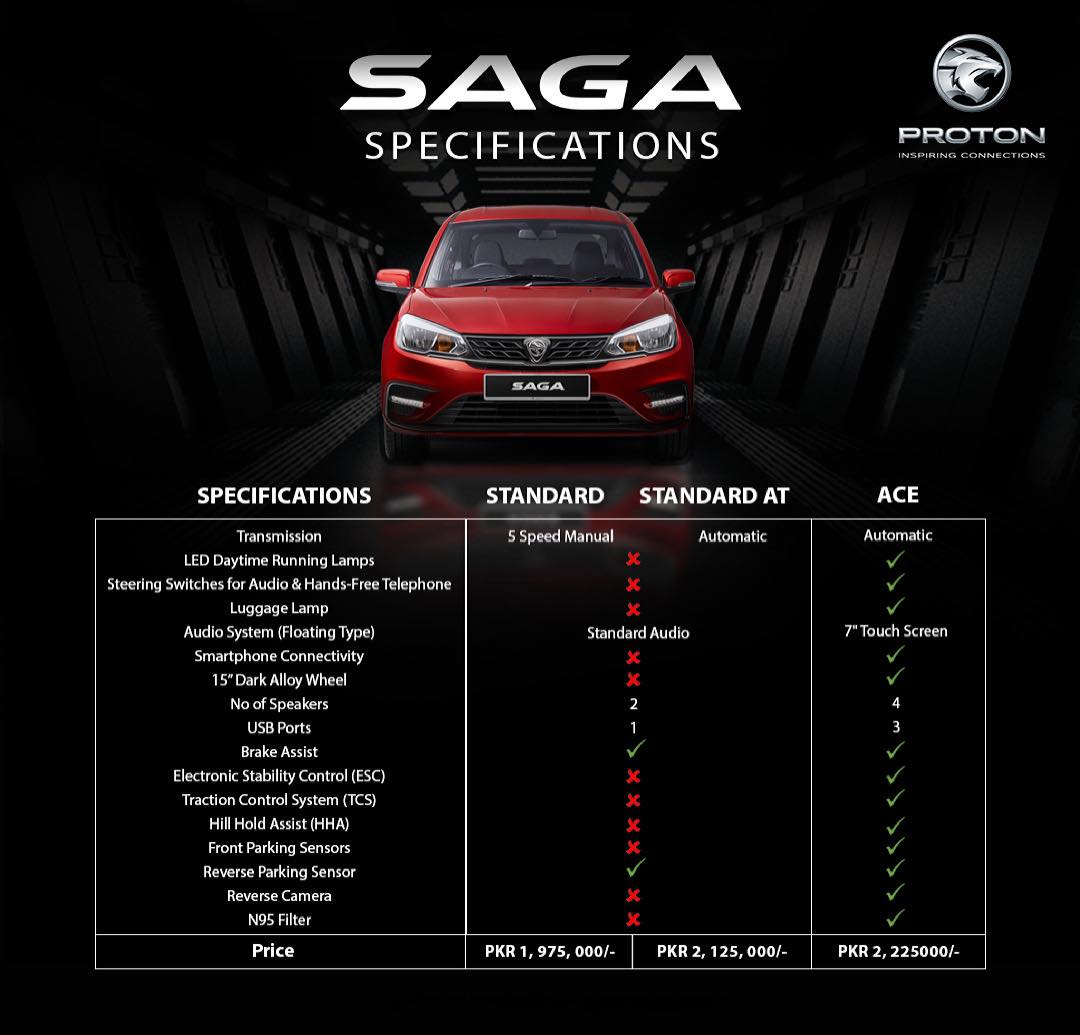 However as usual, even those visiting the dealerships in early hours of the very first day of booking were being given the delivery date of August/ September, those visiting in the latter half of the day were given the date of November/ December whereas some people also claimed a 2022 delivery date if the vehicle is booked on the first day of booking in April 2021. Customers were livid as plenty of anguished messages were seen posted on social media. 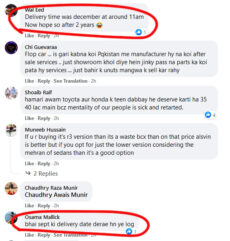 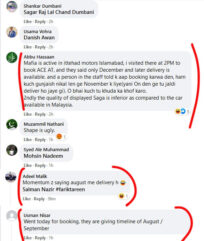 This is a common problem with newcomers which are intending to lock horns with the big guns but with a pipetting production capacity. Furthermore, as per the new practice by newcomers, all displayed units were CBU imports whereas customers will have to be ready for a ‘surprise’ whenever they receive the locally assembled ones. Changan also did this, by displaying CBU imported units of Alsvin sedan during the launch event however their production plant has been operational for a couple of years now while the line-off ceremony of Alsvin was conducted a couple of days after the vehicle was unveiled to media in December 2020. Changan Alsvin was officially priced a month later in January 2021 but even then, the company faced problems to timely deliver the units to the customers, although the deliveries are now finally commenced.

On the other hand, Proton’s plant is yet to become operational while CKD assembled units of X70 SUV which was launched in December last year are yet to be delivered to the customers. In such case, the delivery of local assembled Saga is dependent on the completion of plant and one might expect for an even longer delay as communicated by the dealerships. Plus, as it happened with Changan Alsvin, customers might get prepared for a price hike before the deliveries are made. Since low-price tag is usually used to attract customers and as we have seen with the recent examples of Suzuki Alto, Toyota Yaris as well as Changan Alsvin, the launch price is swiftly elevated before the initial batch of units are delivered. Here the strategy of Kia or Hyundai is much appreciable since their vehicles were being assembled well before the launch which ensured quicker deliveries and customers didn’t had to face lengthy delays in getting their hands on the vehicles. Kia Sportage or Hyundai Elantra during their respective launch event for that matter were locally assembled units and not CBU import as in the case of Changan Alsvin or Proton X70 & Saga. Also, the likes of Kia Sportage or Hyundai Elantra are considered niche products in our market as far as the prices are concerned. Compared to these, cars lesser than PKR 25.0 lac are bound to attract a vast majority of buyers, thus needing a much higher production volume.

Regrettably, such vaporware launches will only encourage the own-money culture which the government is working hard to eliminate. People who book the units now will have to wait for 6/7 months during which prices can go up as well, but those who will be getting ‘early’ deliveries can always sell the car in a higher price to those who are being asked to wait in line for more than 10 months to get their vehicles delivered. Waiting period exists in other established markets as well but those are high volume markets whereas here, if assemblers aren’t even able to deliver a few hundred cars a month, then the existence of such competition won’t serve any purpose.

Related: Have Newcomers Missed the Bandwagon?

Unfortunately, things like this will only make the existing assemblers (Big-3) even stronger. Why should one choose new cars with super-delayed deliveries & limited sales & after sales support over something which is tried & tested with relatively quicker deliveries & an excellent resale and spares/ service support? From a consumer’s point of view, people were fantasizing that the new competition will wipe out Big-3 from the business, however it now seems as if the much-used term might get altered in near future, will it be called Big-5?