The End of Toyota Crown Sedan

It seems the road to another iconic Japanese sedan is coming to an end after the departure of Mark X. As per reports, Toyota is planning to bid farewell to the long-running Crown that has been around since 1955 and spanned over 15 generations.

The mid-sized luxury sedan is experiencing diminishing sales due to dwindling demand for sedans in recent years. However according to Japanese media, catering to the rising demand of SUVs, the Crown may relive as a large SUV model that will debut in its home market in 2022 and will arrive in USA and China a year later. The next generation SUV replacement of Crown will be based on TNGA-K platform which also underpins the Toyota Highlander. The current 15th generation Toyota Crown was unveiled as a concept at the 45th Tokyo Motor Show in October 2017 and went on sale in June 2018 in its home market. It saw decent sales early on before its decline started in 2019.  The latest revision for year 2021 was revealed earlier this month which brought updates including a revised interior featuring a 12.3-inch touchscreen, along with improved driver assistance and safety systems such as Curve Speed Reduction function for the Dynamic Radar Cruise Control system, improved pedestrian and cyclist detection for the AEB system, and emergency steering avoidance. 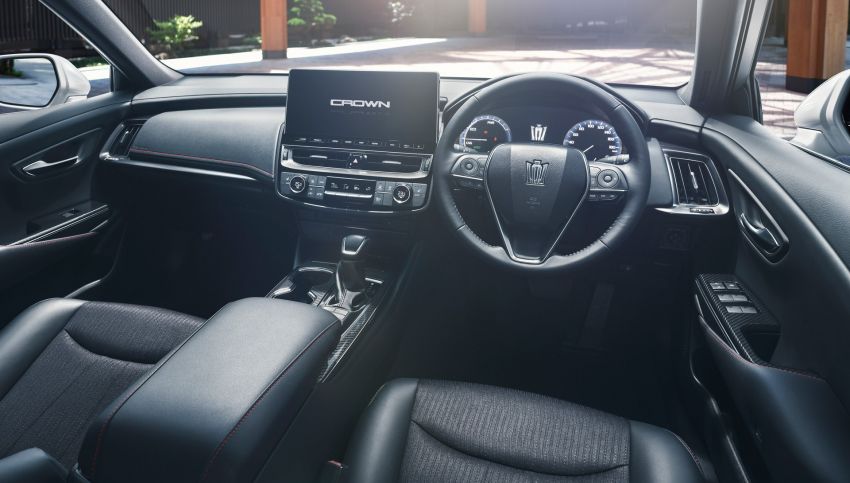 Toyota Crown is currently available in three powertrain options, 1 naturally aspirated petrol and 2 hybrid setups. The 2.0 liter 8AR-FTS 4-cylinder petrol engine is good for 241hp and comes paired to an 8-speed automatic gearbox. Then there is a 2.5 liter A25A-FXS 4-cylinder petrol hybrid unit producing 181hp assisted by 105kW (141hp) electric motor resulting in a combined system output of 223hp.  The range topping version gets 3.5 liter 8GR-FXS V6 good for 295hp with a 132kW (177hp) electric motor making up 354hp of combined system output. The 2.5L hybrid comes paired to an e-CVT gearbox whereas the 3.5L version gets 10-speed MSHS automatic. 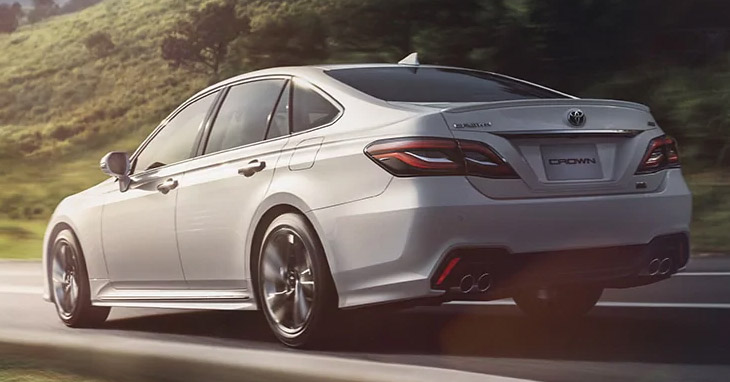