Problems, limitations & constraints have always enabled human beings to come up with workable solutions. Talking about automobiles, one such example is the Mini, the iconic small car that was produced by the British Motor Corporation (BMC) and its successors from 1959 to 1968.

It was an engineering marvel that cleverly provided ultimate solutions to the key problems of that era. Mini was an intelligently designed two-door, four-seat car, that is considered an icon of 1960s British popular culture & revolutionized automotive development from an engineering perspective. It was voted the second-most influential car of the 20th century, behind the Ford Model T, and ahead of the Citroën DS and Volkswagen Beetle. 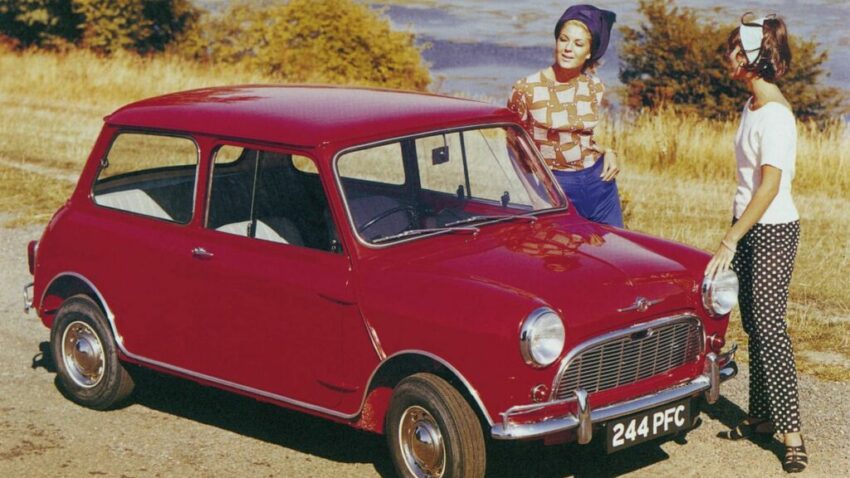 The late 1950s was the era when there were big cars on the roads. With more and more people living in cities, many of them started to own automobiles, so traffic was becoming a problem too. Plus the fuel shortage caused by the 1956 Suez Crisis, badly affected the sales of large cars. So the idea behind the Mini was to produce a car that’s smaller on the outside and bigger inside and should consume the least amount of fuel.

The Mini was designed by Sir Alec Issigonis, its development was started in 1955 and the first prototype was ready by July 1957. The prototype codenamed XC9003, which was affectionately named as the “Orange Box” because of its color, was approved by the management to go into production the same month. 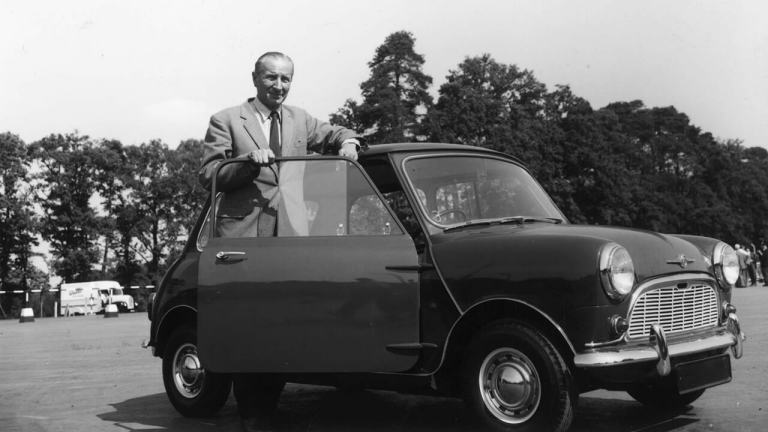 Issigonis introduced many space-saving ideas such as the doors that hinged outside and a transverse engine & front-wheel drive layout – allowing 80% of the area of the car’s floor-pan to be used for passengers and luggage. The gearbox was uniquely incorporated into the sump of the engine, thus both engine and gearbox shared the same oil. This was a significant piece of design in response to the fuel crisis and the fears of future oil shortages.

Mini was a two-box design, comprising only a passenger compartment and the engine compartment. There was no third box providing a separate luggage compartment (boot) and that inevitably compromised luggage space. To offset that problem, large bins beside each of the four seats provided some useful interior storage and a centrally located instrument binnacle allowed the dashboard to be opened up for storage too. 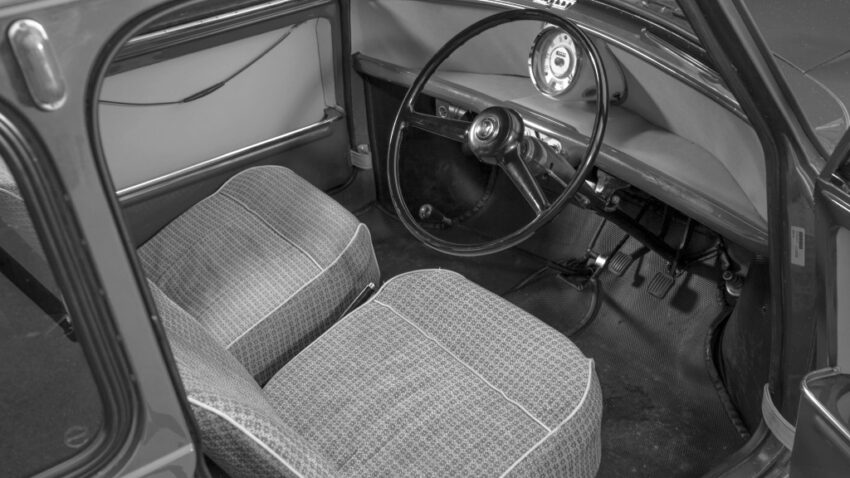 The Mini had sliding windows instead of wind-up windows, this was because there were storage bins provided in the front doors which added to the utility feature of the small vehicle. 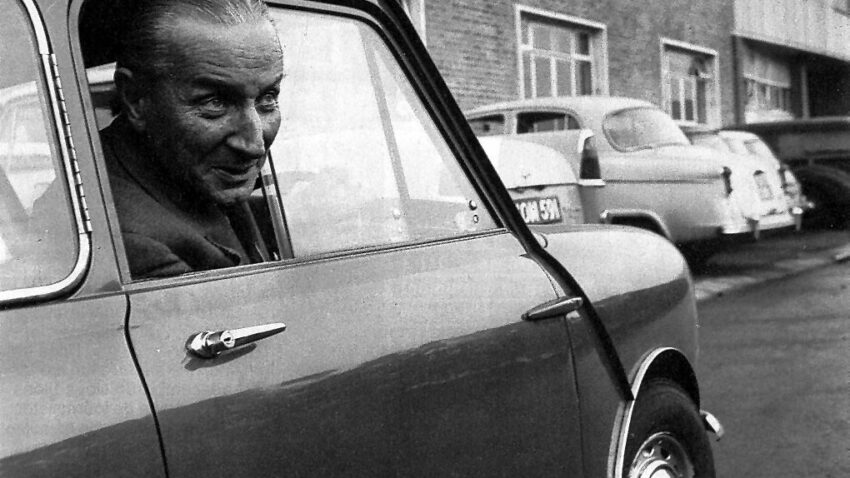 The tiny 250 mm wheels helped to reduce the intrusion of wheel arches into the interior of the vehicle and allowed a modest amount of additional luggage space in a “boot” area behind the rear seats. Another interesting feature was the suspension, which used rubber cones as springs. The spring rate of rubber changes with compression, allowing the suspension to adapt to passenger load variations. Overall the Mini represents some very clever packaging. 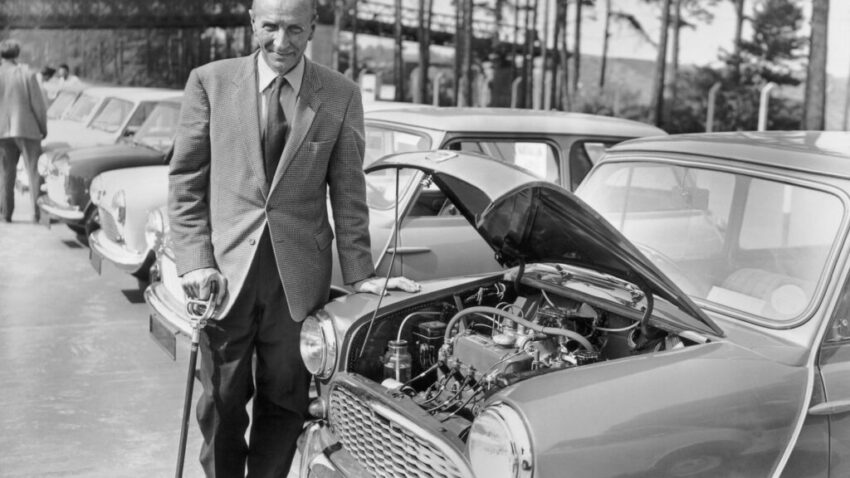 The engine was an 848cc unit that allowed a maximum speed of 116 km/h. A 4-speed manual transmission was standard whereas later models also offered a 4-speed automatic and 5-speed manual. Fuel consumption was rated at 15.4 km per liter which was really quite impressive for its era. 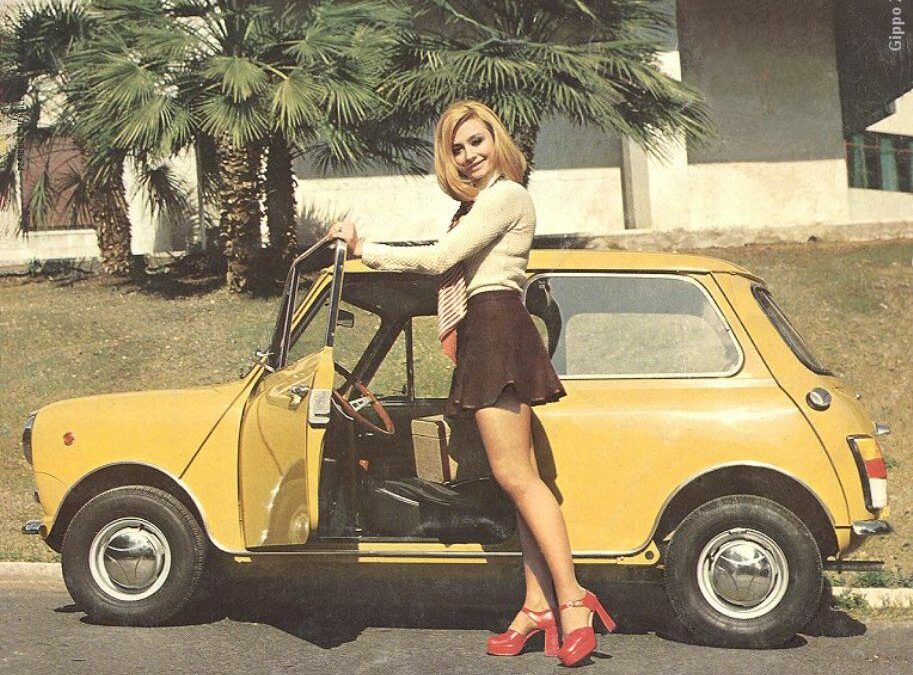 Mini was quite a popular car in our market during the 1960s, and a couple of my relatives back in those had it too. Particularly that British Green colored Mini standing in my aun’t garage is something that’s engraved in our minds. At the sound of its horn was so amusing that we as kids would rush to see the car as soon as it arrives. For us, Mini was like a cute dinkey car running on the roads.

The Morris Mini in Pakistan back in the old days

It was a fun little car that allowed easy driving, good view with very few blind spots for the driver, and was much easier to park, literally anywhere you wanted. Being an iconic car there are many examples of Mini still surviving, and many of these make regular appearances at various auto shows organized locally.

The Mini became part of popular culture of the 1960s with many well-publicized purchases by film and music stars. It has also been featured in various movies, TV shows and cartoons etc and remains one of the most recognizable cars ever to be built.