The Story of Adam Revo

In year 2005, Pakistan saw its second attempt (after Proficient project in the 1980s) towards launching a homegrown car with the introduction of Adam Revo hatchback. However the car was written off in the history books much sooner than expected.

It was a dream of Feroz Khan, the Chairman of now defunct Adam Motors, that he would build an economical car for the people of Pakistan who would like to have a four-wheeler but cannot afford it. Revo was successfully launched in 2005 with 850cc and 1050cc variants but the company soon ran into troubles with its plant got shut down within just a year. 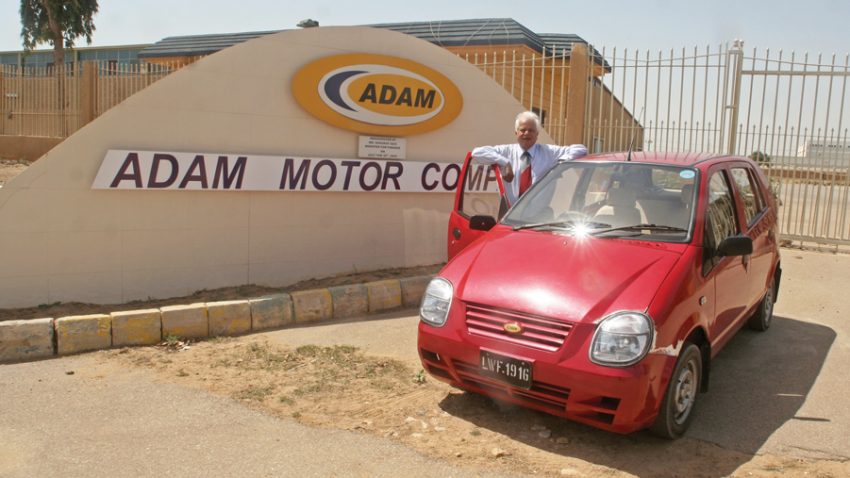 The car was named Revo (short form of Revolution) but it wasn’t able to bring about any revolution in the auto market which has been long dominated by established Japanese players. The 800cc variant was priced at Rs 269,000, which was almost Rs 46,000 cheaper than the base Suzuki Mehran at that time.

So what exactly went wrong with the Revo? Was its design faulty, its marketing strategy a failure or its financial plan flawed? The answer is perhaps all of the above. Although the car was touted as the first to be designed in Pakistan, however its engine was imported from China, unlike Proficient which had a hand-built Pakistan-made engine under its hood. Secondly, the design wasn’t too appealing as it looked like a project of an amateur with an imprecise blend of sharp edges & radial elements. Plus the interior, particularly the steering wheel & dashboard design was too disappointing with that round and small speedometer which was a poor copy of that of Volkswagen Beetle. 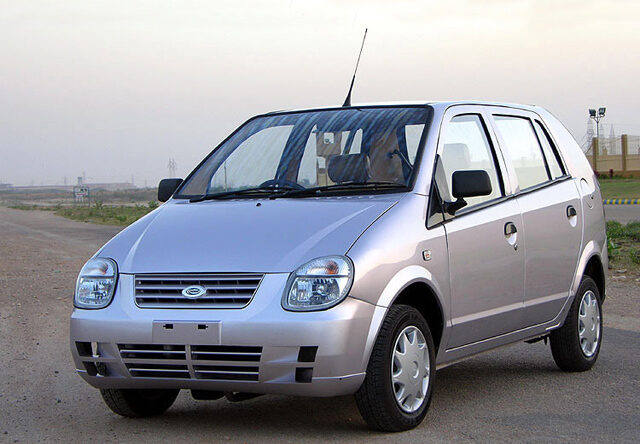 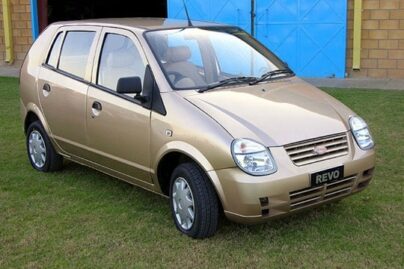 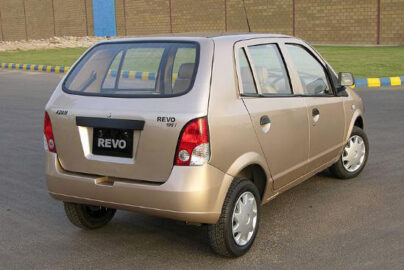 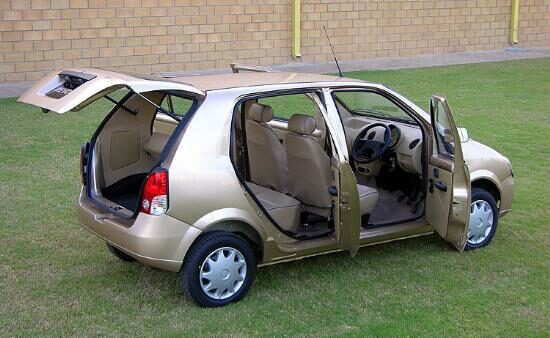 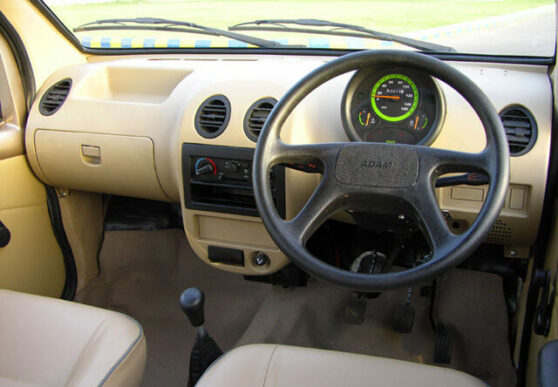 Then, the built quality was very comprising. I remember back in 2005 when Revo was launched I used to have a 1982 Daihatsu Charade XG which I was planning to replace and I was seriously considering to go for Revo. That day, after office hours, three of my colleagues went along with me at their dealership near TV Station (New Town) Karachi with serious intentions of booking the Revo. But we were utterly disappointed with what we experienced at the dealership.

For example, when we tried closing the front passenger door, it hit the pillar and bounced back. We tried a couple of times but the door refused to close. We called the salesperson bringing the issue in his notice and he too, tried slamming the door for a couple of times only to find it hitting the pillar and unable to close. Then the salesman slammed the door hard again and it somehow got closed on his 3rd attempt (5th overall). Then there were unusual gaps between various body panels. The doors seemed poorly aligned, you could put one finger between the gaps and start moving along. However since the door was fitted with a slight offset angle, one could get disappointed not to be able to get his finger through to the gap on the other side. Headlights and fenders had such a huge gap that it felt as if we could pull out the lights. Both the units on display were 1050cc variants, once in Light Blue Metallic and the other in Rusty Orange Metallic and both had similar built quality issues with them. We went there with high hopes but came out of the dealership in sheer disappointment. Seriously, the then 23 years old Charade looked like a blessing to us.

Feroz Khan was not shy of self-criticism and was quite clear about the reasons that caused Adam Motors to go bankrupt. While talking to The Express Tribune back in 2012, he said: “I had launched the car in a hurry,” plus the financial planning was also poor and there were problems with marketing as well. Before Revo, Adam Motors used to make trucks and Feroz had thought that the same dealers would be able to market a car as well. “I was wrong. The truck dealers knew nothing about customer service. So that kind of backfired.” 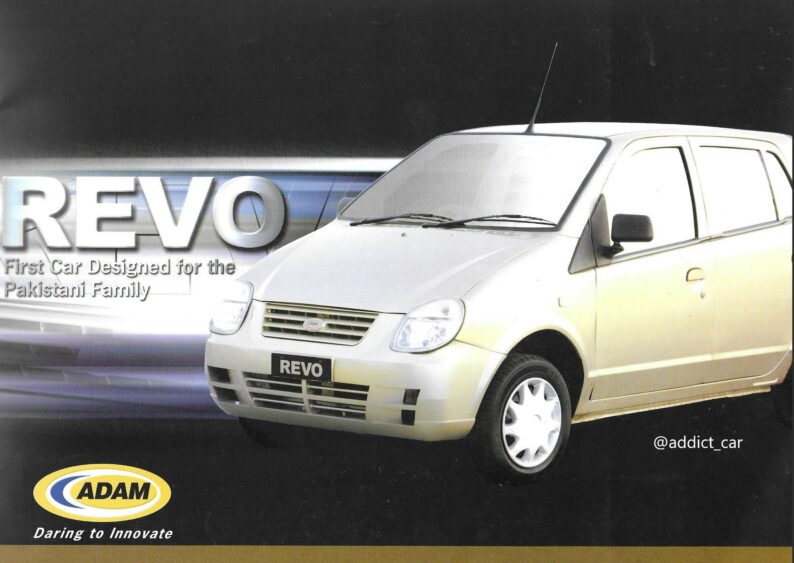 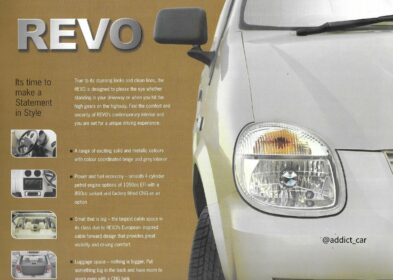 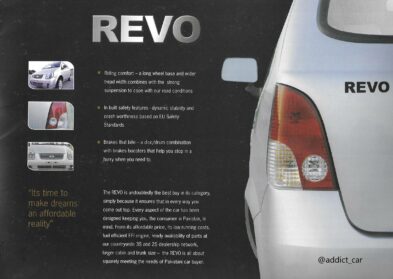 However having witnessed and experienced the Revo myself, I personally believe the car was designed in a hurry too. The design could have been a lot better than what it was. Secondly the company’s focus was purely on sales with almost no care of after-sales & spare-part support. Even those who purchased Adam Revo were unable to find common spares at the dealerships simply because they haven’t had any. I know someone who’s new Revo got involved in a slight accident which resulted in broken headlamps & damaged front bumper but there were no spares available even at the authorized dealerships.

In addition to this, other reasons were also at play. The government may have lent some superficial support to the project and the then Prime Minister Shaukat Aziz had himself taken the car for a test drive and proudly announced that Pakistan had joined the list of countries that design their own cars — but industry stakeholders and academicians all agree that the overriding factor in Revo’s demise is the discouraging government policy. In that, even Feroz Khan himself feels cheated. 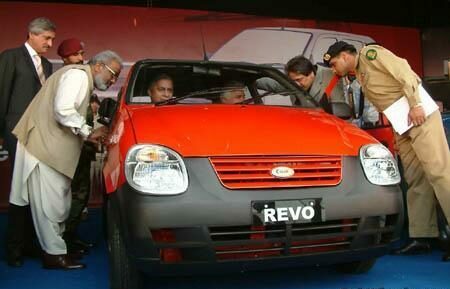 At the groundbreaking of the factory in 2003, former Prime Minister Shaukat Aziz, who was Finance Minister at that time, had promised a push-start. “I needed no subsidy or undue support. It was a matter of acceptance,” says Feroz. “Each year, government buys thousands of cars for its officials. I wanted to be among the listed firms. I would have automatically won the bid as Revo’s price was the lowest,” he points out.

To survive and improve upon the car’s design, Adam Motors had needed confirmed yearly sales of 5,000 units, which was not unrealistic in a market of over 160,000 cars annually, and with government support, it was a very achievable target for the company. That support never came and Adam Motors couldn’t make it to the approved list. As it turned out, the actual government policy was to award a contract to a car maker that has an international presence and annual sales of 200,000 units. Adam Motors, clearly, did not fit the bill. 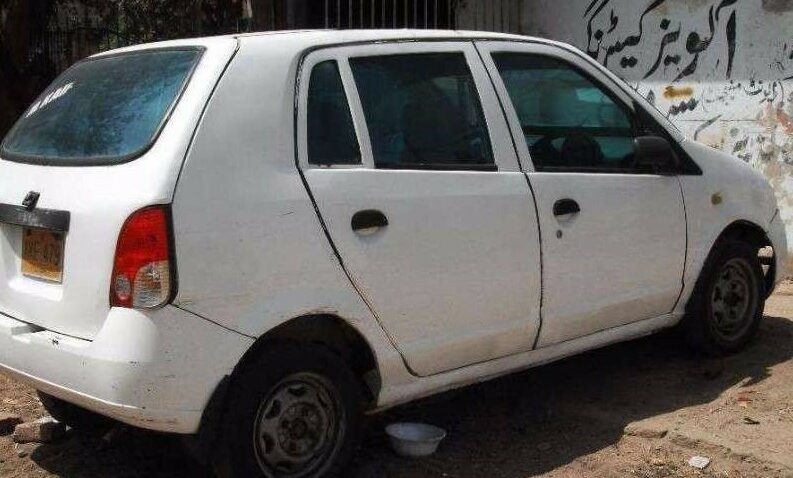 Adam was able to sell only around 600 units of Revo before the plant was shutdown. Most of the units were sold in Karachi and can rarely be found on the roads in sorry state. Today, the Revo plant located at Pakistan Steel Industrial Estate near Pak Suzuki manufacturing facility is closed. It has been shut for several years now and there are almost no chances of its revival. Back in 2014, there were reports suggesting that Revo might be relaunched but the idea was never materialized.

Still, I believe Revo was a bold attempt by a Patriotic Pakistani to produce an affordable car for the masses. Sure there were some mistakes but those could have been rectified with government support. Pakistan first missed the opportunity to have a national car brand when it denied the Proficient, and the mistake was again repeated in case of Adam Revo. A locally produced hatchback priced below the entry-level Suzuki can become a dream come true for many, but sadly this won’t be happening any time soon. However Feroze Khan was always optimistic as he said:

“To have a dream, and to try and to fail is better than not having tried at all. And it’s a game of striking at the right time. I will keep the plant and will make a better, smarter car.”

Information shared in this piece was taken from The Express Tribune articles published in 2012 and 2014.