Like everywhere in the world, Toyota Corolla has been the most successful sedan in Pakistan, from the imported ones in the 70s and 80s to the local assembled one till today.

Each and every generation of Corolla witnessed huge success in our market, however the 8th generation has always been the least talked about model particularly because it was skipped from being introduced in the country by Indus Motor Company (IMC) in the mid 90s and although limited number of units later appeared in form of used JDM imports, the 8th gen Corolla was never so popular among the masses. 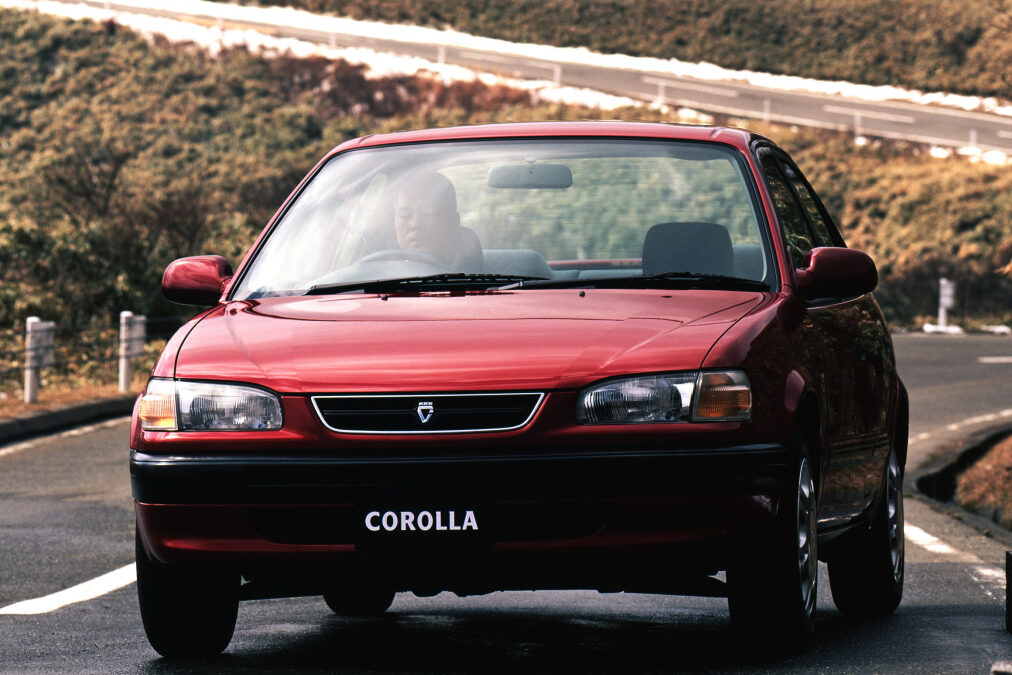 It was released in May 1995, hardly two years after the local production of 7th gen (Indus) Corolla commenced in Pakistan. The 8th generation Corolla was developed during a recession crisis, when Japan was facing a sluggish economy, and Toyota had ordered the then Corolla development chief Takayasu Honda to cut costs, hence the eighth generation was developed with carried-over engineering by sharing its platform with its predecessor. As Takayasu Honda puts it:

“We were forced to be extremely conscious of lowering the cost-price in order to square our accounts from the bubble era. I was afraid that we would be so focused on getting the cost-price down that we might end up shaving off the essentials and thereby, weakening the product”.

The body dimensions were virtually unchanged, and many of the components were the same as those of its predecessor’s, and yet the new model managed to reduce the vehicle weight by up to 60 kg. This was achieved by extensive yet strategic use of high-strength steel. Careful consideration was also given to reducing the total cost of ownership – such as keeping the purchase price, general maintenance and crash repair costs as keen as possible – while increasing the vehicle’s end-of-life recyclability. 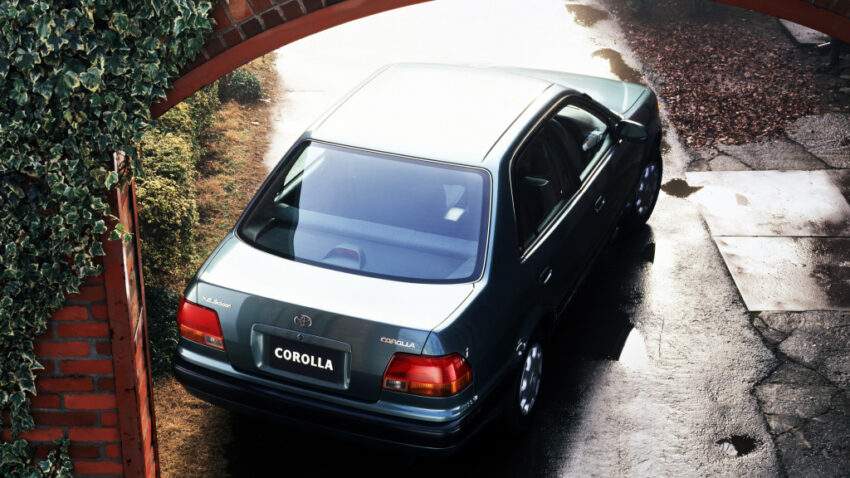 The 8th generation Toyota Corolla was the first to use an aluminum block and aluminum cylinder heads in its smaller displacement engines, making them lighter and more fuel efficient than ever. These engines also featured laser etched valve guides. This switch eliminated the oil burning and valve guide failure found in previous generations. By the end of the generation, the base power plant was equipped with VVT-i valve timing for increased fuel economy, which gained the Corolla a low emissions rating for the first time. With this generation, Toyota improved the Corolla’s ride with the addition of a front sway bar to all models. 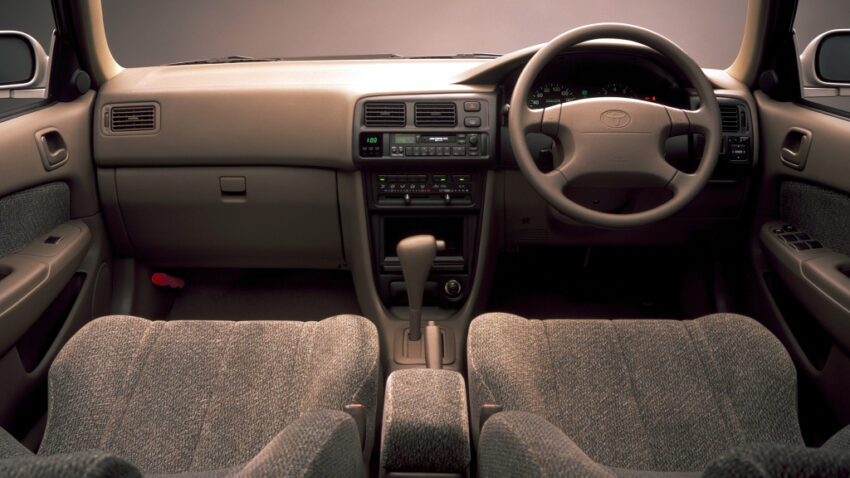 The engine lineup consisted of several options including 1.3L, 1.5L and 1.6L petrol as well as 1.8L, 2.0L and 2.2L diesel. The transmission choices were either 5-speed manual or 4-speed automatic. The layout was front-engine, front-wheel-drive while 4WD configurations were also available. The body types of the 8th gen Corolla series included a 4-door sedan, 2-door coupé (Levin), 4-door hardtop (Ceres), multi-purpose vehicle (Spacio), 4-door wagon, and a 4-door van. 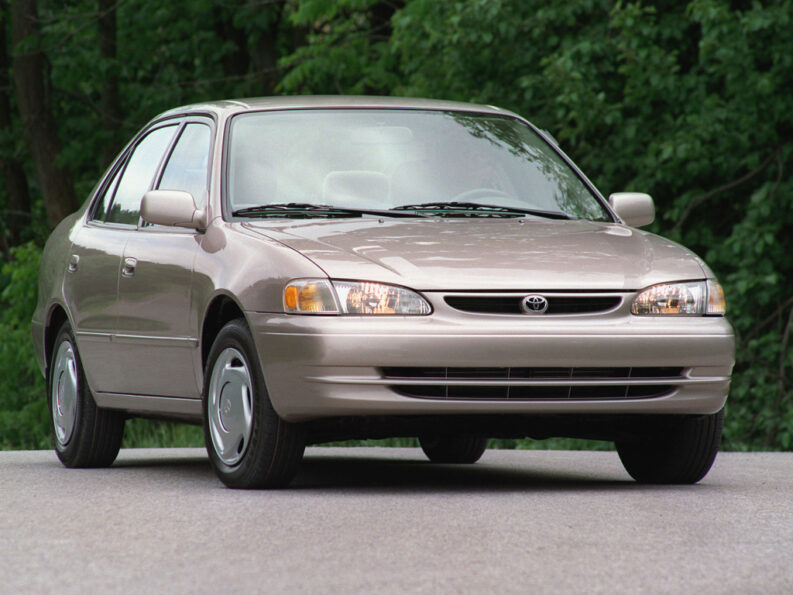 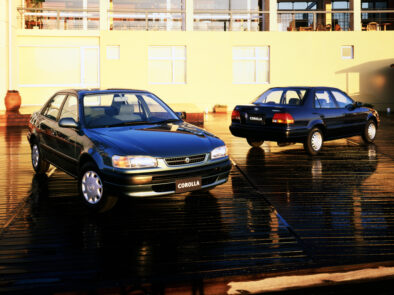 Also its design was noteworthy for abandoning the ‘world car’ approach that had previously dictated Corolla production and marketing strategy. Three distinct looks were given to 8th gen Corolla with major inputs from respective design teams, one for North American markets, one for European markets and one for Japanese domestic as well as the rest of the world. Plus in 1997, during the reign of 8th gen, Toyota Corolla became the best selling car of all-time, knocking the Volkswagen Beetle off its high horse.

In April 1997, the facelift was introduced with revised fascia, new rear-end styling as well as an updated interior. Top spec models included ABS, dual airbags, power steering/ windows, digital clock, TVSS (Toyota Vehicle Security System), stereo system and alloy wheels. This model was replaced by the 9th generation Corolla that debuted in August 2000 and arrived in Pakistan two years later in 2002 as a replacement of 7th gen Corolla that was being assembled since 1993. 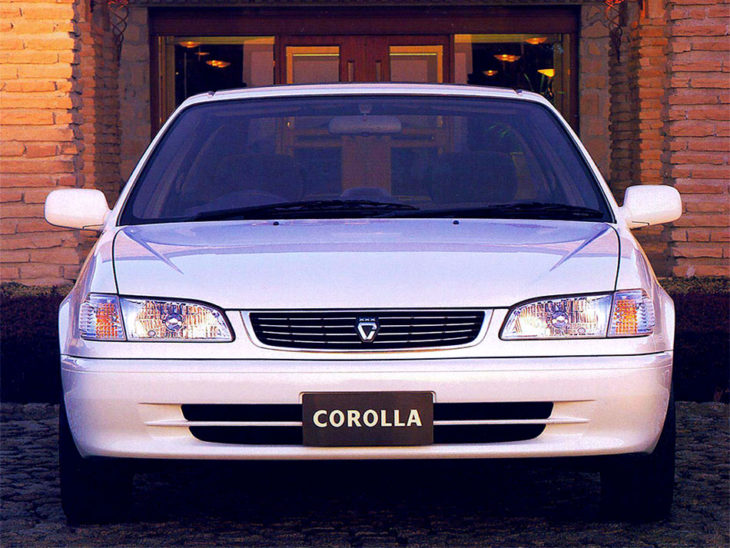 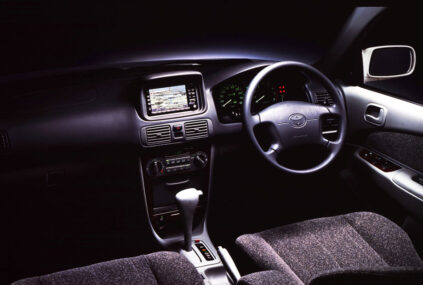 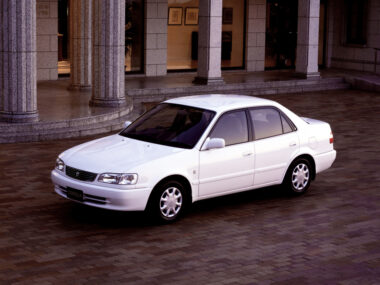 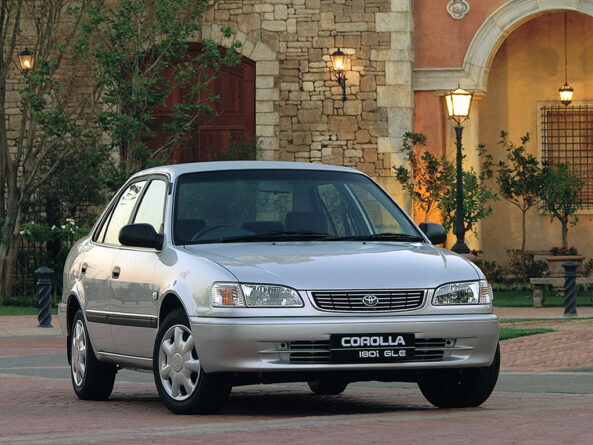 Some say the 8th gen Corolla wasn’t that popular among the public here (even among JDM imports) due to its rather sedate styling as people found the older 7th gen to be visually more attractive than this one. Still the quality, performance and fuel economy of this model was said to be far superior than the ones assembled by IMC locally. You may still come across a rare 8th gen Corolla on our roads today, as its there in very few numbers compared to any other local assembled or imported Corolla in our market. However those who have this car, are rarely willing to dispose it off– its a keeper! 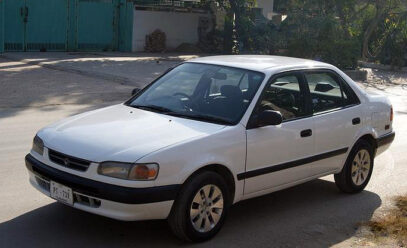 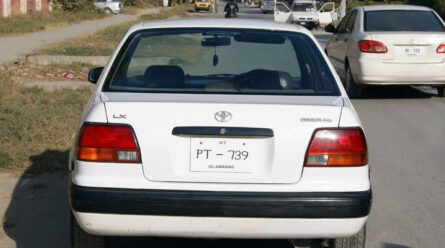 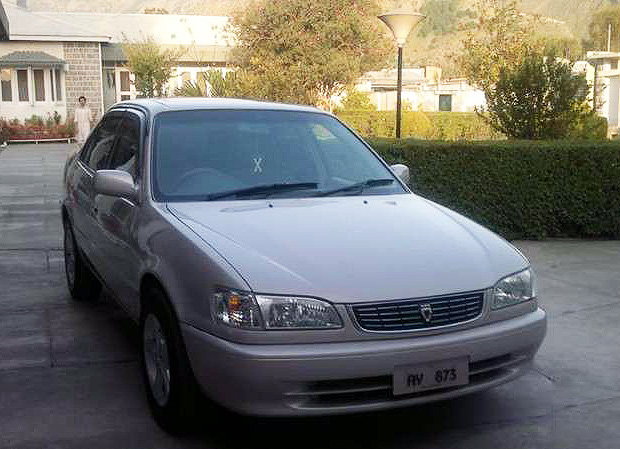