Toyota a Pioneer with Hybrids but Struggles to Leap to Electric

Five months since Toyota started selling its first all-electric car to compete directly with Tesla, hardly any of them have been seen on the road. The rollout of the bZ4X electric SUV was intended as a watershed moment for the world’s largest carmaker by sales. Its first mass-produced EV was Toyota’s answer to investor criticism that it had been slow to embrace the industry’s transition to electric.

Instead, the long-awaited debut was hampered by a humiliating global recall because of safety problems and supply chain delays. With the rollout of the bZ4X only just resumed, Toyota has spent much of the year on the defensive and under scrutiny for its lobbying against rules designed to encourage a shift to electric vehicles. According to Satoru Aoyama, senior director at Fitch Ratings:

“Toyota is not correctly responding to calls from the market to take a lead in electric vehicles. Toyota needs to demonstrate their leadership, otherwise they could not only misrepresent their green efforts but also lose investor confidence.”

For many years, Toyota could cope quite easily with emissions limits on its fleet set by regulators in Europe, the US and China, thanks to its wildly popular hybrid range spearheaded by the Prius. However stringent rules in major markets mean it will have to sell significant numbers of battery-only models in the coming years or risk large fines. It is also being forced to rethink its longtime strategy of focusing on hybrids as the less polluting answer during the EV transition. 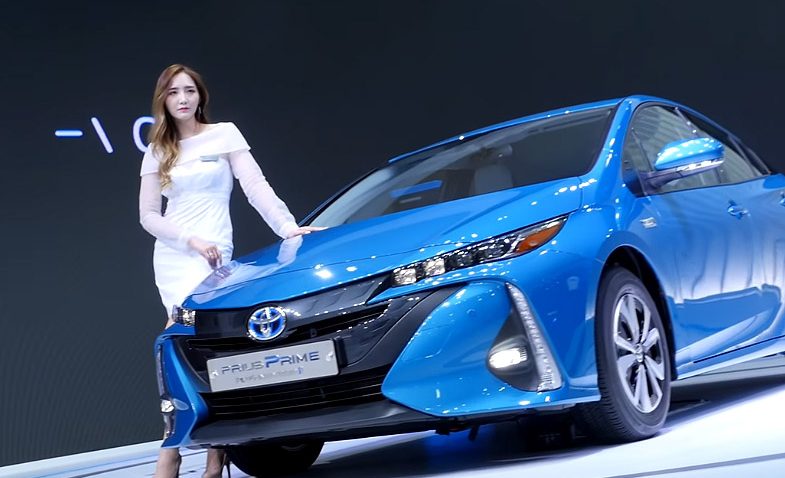 In Europe, where the vast majority of Toyota cars sold are hybrids, the company will have to switch to selling zero-emission models only by 2035, and in some cases, by the end of this decade. In North America, which is Toyota’s largest market, company president Akio Toyoda recently said that meeting a proposed US target for half of sales to be electric vehicles by 2030 would be “very difficult”.

For the moment, however, the going is good. Despite supply chain disruptions, Toyota recorded a record net profit of ¥2.8tn ($19.7bn) for the year ended in March, up 27% from a year earlier. Its shares are up 43% over the past five years, compared to a 10% fall at Volkswagen and a 28% drop at General Motors. The company sold 6.2 million vehicles in the year to the end of August, out of which 28% were hybrid. 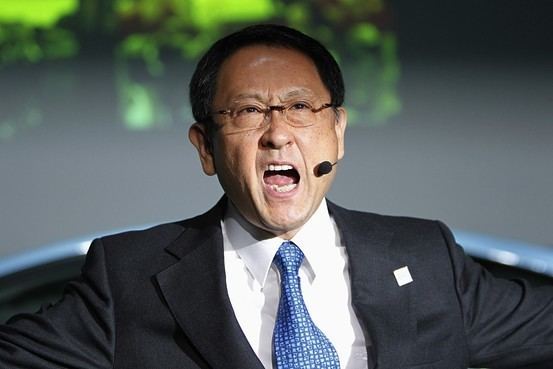 Toyota has long argued that an enforced shift to electric vehicles will increase emissions because of the huge ramp-up in production required. Hybrids, which run with a modest battery and a small petrol engine, provide a much cleaner interim solution, it says. Toyota chief scientist Gill Pratt told a Financial Times summit this year that steering the industry exclusively towards electric cars that rely on large batteries is “not a good idea if your goal is to reduce carbon dioxide emissions totally around the world as much as possible” and that EVs were “not the only answer”.

But to guard against the risk of missing out on a revolution and of losing its decades-old reputation as a pioneer in green technology thanks to the Prius, in December 2021 Toyota pledged to invest $35 billion in the shift to electric vehicles by 2030 and to make 3.5 million of them by the end of the decade. When Toyota launched the bZ4X five months later, it came with an underwhelming target to deliver only 5,000 of them in its home market in the first year, and a very unusual business model. In Japan, the bZ4X is not being sold to consumers, but leased, which means the vehicles will be returned to Toyota after the contract ends — which is a maximum of 10 years.

Industry executives say this subscription model should lower the risks and costs of electric vehicles for both carmaker and consumer, as well as give longer life to batteries and the much in demand precious metals vital to building them. Pratt told the FT summit that Toyota was “very concerned over the medium term about [the industry] running out of materials for battery supply”. According to another former Toyota executive:

“What Toyota wants to do is to retain batteries which are often said to have near-zero value after a decade, but Toyota wants to collect ones which still have 70 to 80% of capacities left after the first use and reuse them.” 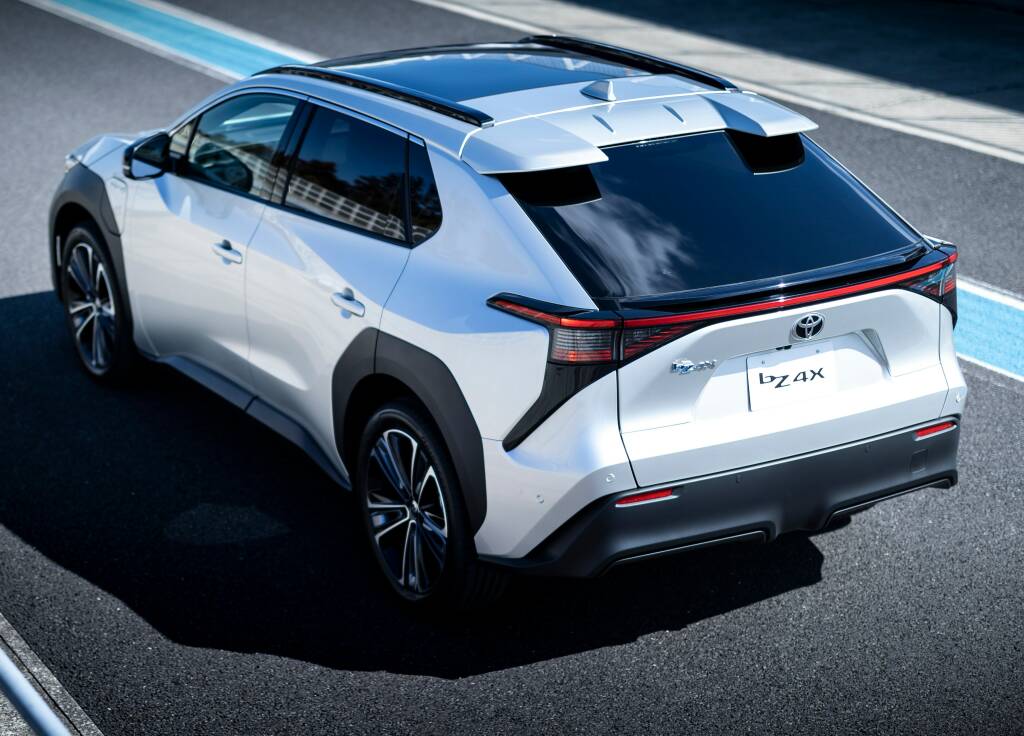 From Toyota’s perspective, a major benefit of leasing rather than selling its EVs is that it allows the company to keep more lithium and other rare earth metals in Japan, following a lesson it learned from the launch of the Prius in 1997. Sanshiro Fukao, a senior fellow at the Itochu Research Institute, said retaining batteries has become a strategic imperative. He said:

“Toyota hopes the leasing model enables it to keep control of batteries and eliminate any source of outflow, as the lack of battery materials may threaten business continuity.”

For customers, another concern about electric vehicles is whether the batteries will degrade over time and whether electric cars will hold their value when the time comes to sell up and buy a new one. These factors and a lack of charging infrastructure means that in Japan, the world’s third largest auto market, electric vehicles accounted for just 1% of car sales last year, compared to Germany’s 26%, China’s 16% and 4.6% in the US, according to the International Energy Agency. 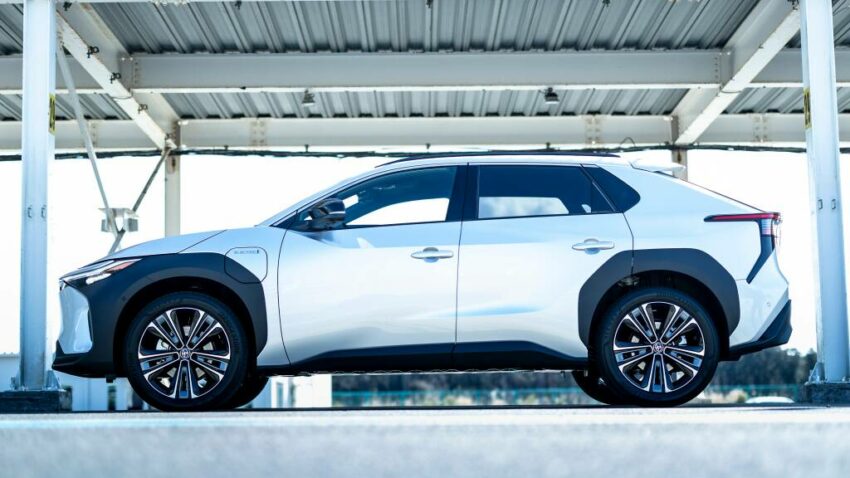 Sandra Roling, head of transport at Climate Group, an NGO said “The Japanese car market is still strongly focused on hybrids while the international one is rapidly moving to electric vehicles. Failing to be part of this change puts Japanese industry at a serious disadvantage.”

Hiroyoshi Ninoyu, president of Toyota car parts supplier Tokai Rika, said a subscription service was one way for Toyota to demonstrate the merits of electric vehicles to Japanese consumers but expressed doubts that leasing would take root in a country where consumers are used to owning vehicles. 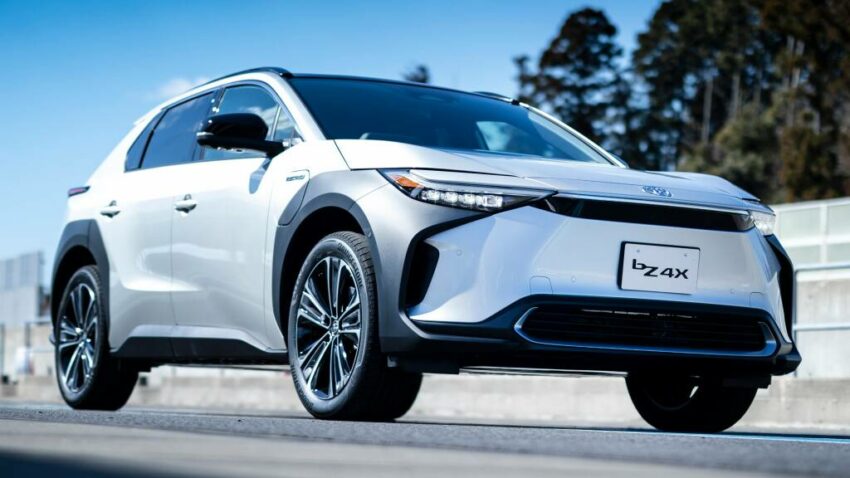 Takaki Nakanishi, a veteran automotive analyst who runs his own research group, said the company needed to experiment with a rental service to find a profit-generating business model for electric vehicles.

“Currently no one enjoys economic benefits from EVs,” Nakanishi said, citing the high battery costs for carmakers as well as the various hurdles faced by consumers buying and using electric vehicles. Ford, for example, has said that the Mustang Mach-E costs $25,000 more to produce than an equivalent petrol-powered Edge SUV. He went on to add:

“That is why Toyota wants to test a new business model that changes people’s behavior and the way the industry makes money out of electric cars . . . But to do this trial, Toyota needs batteries to come back from consumers and a subscription model allows this.”

But first, Toyota needs to deliver its electric vehicles. In June, the company warned that the wheels of the bZ4X could fall off because of problems with bolts. It later discovered a flaw with the car’s airbags. Starting this month, it is producing the vehicles again, having fixed the flaws. 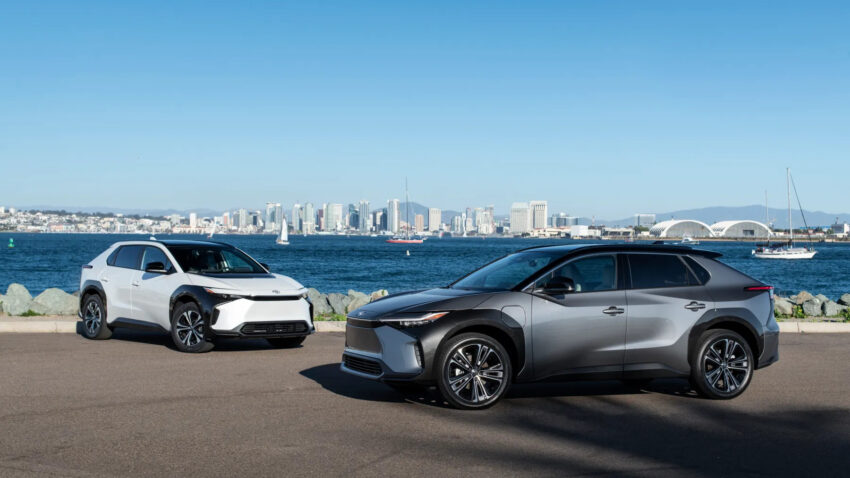 “The recall has been a major setback for Toyota,” said Nakanishi. “Toyota is a challenger when it comes to EVs. The company had been too arrogant to think they could easily succeed with EVs because they had done so with hybrids.”