Japanese auto giant Toyota which is known as laggard towards EVs is planning to catch up fast by introducing up to 16 electric vehicles within the next few years, and up to 30 electric vehicles by 2030 as revealed by company’s boss Akio Toyoda.

Having already launched the bZ4X elecric SUV, Toyota’s second dedicated EV will be a sedan so far known as the BZ SDN, however according to the latest reports, it could be called as bZ5. The sedan which is reported to be developed by Chinese automaker BYD for Toyota, was already spotted testing under a heavy camouflaged wrap, however the latest spy images appear to be giving us more clues on its design details.

In terms of design, the bZ5 stays reminiscent to the concept with sharp front end, the shape of the air intake in the lower part of the front bumper, the C-pillar kink and the fastback-style roofline. The headlights have a quad-LED arrangement above which there is a DRL light bar that goes all the way to the other end. The bonnet also has a pair of bulges while the shape of the connected rear light cluster is quite prominent under the black wrap. 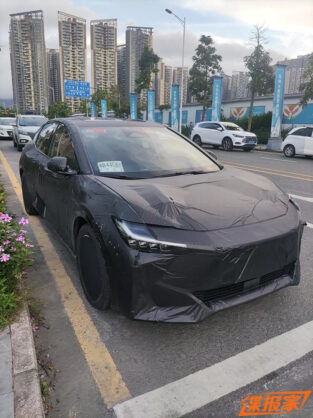 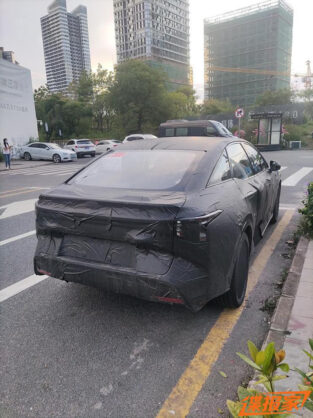 As seen in the previously shared image of  the interior, the minimalist dashboard design gets a large 15.0+ inch vertically oriented touchscreen much like those found in other BYD cars, & there is another 7.0 inch floating screen in front of driver which will act as a digital meter & info cluster. The central tunnel with rotary gear selector appears to be different than that of the bz4x EV. 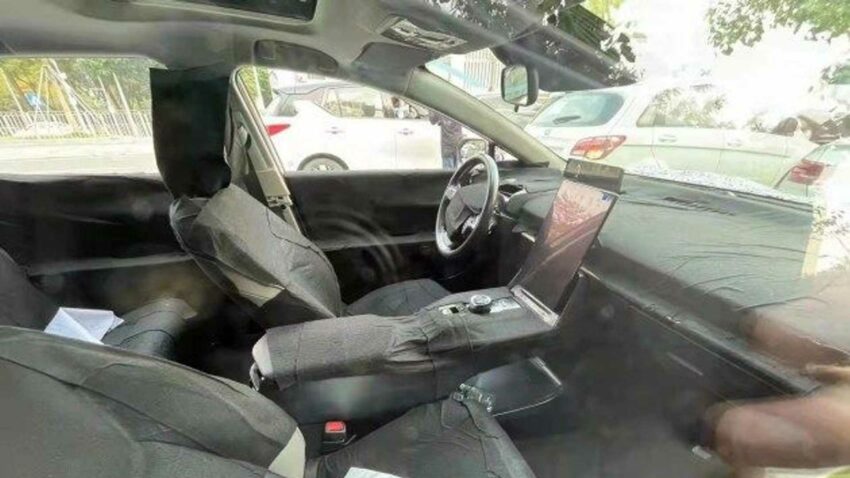 According to leaked documents, the manufacturer’s name of upcoming Toyota bZ SDN sedan (bZ5) is shown as ‘BYD Auto Industry Co. Ltd.’ Bear in mind Toyota in 2019 announced that it will partner with BYD to develop all-electric cars in China. In terms of dimensions, the BYD-built first Toyota electric sedan measures 4,725 mm long, 1,835 mm wide, and 1,475 mm tall with a wheelbase of 2,880 mm, making it slightly longer than the Tesla Model 3. The bZ sedan will also benefit from BYD’s Blade LFP battery technology. The blade battery, which is marketed as “ultra-safe,” is low-cost and is up to 10 cm thinner than conventional EV batteries, opening up more room in the interior. This will help make the Toyota electric sedan even roomier than the Corolla.

Technical details are yet to be officially released by Toyota however, a similar setup has been deployed with the BYD Han EV, granting it a claimed driving range of up to 605 km in a single charge, calculated on the NEDC test cycle. Toyota executives were already thoroughly impressed with BYD Han sedan when they test driven it a few years ago, so there is no surprise if the bZ sedan follows the technical footprints of BYD Han. 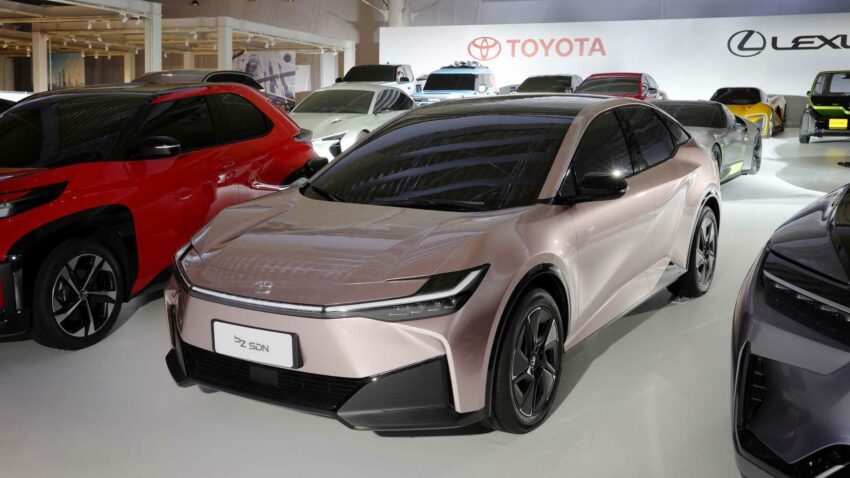 Toyota’s first dedicated electric sedan by BYD was expected to break covers at this year’s Beijing Auto Show, however the event was cancelled due to a new wave of coronavirus in China. A new unveiling date is yet to be announced.