Indus Motor Company (IMC) has introduced a new variant to the Toyota Corolla lineup in Pakistan. The newest addition is the inclusion of manual transmission version with the 1.6L Altis which was previously available with 4-speed automatic transmission only.

While the Altis 1.6L AT is priced at PKR 33.09 lac, the new Altis 1.6L MT is priced at PKR 31.59 lac. In addition to the presence of 6-speed manual transmission, the new Altis MT gets 9-inch in-dash entertainment system and 15-inch steel rims with wheel caps having 195/65 R15 tires installed instead of 205/55 R16 as in the AT version. Lastly there is no Economy meter and no driver seat height adjuster in the newly introduced variant. 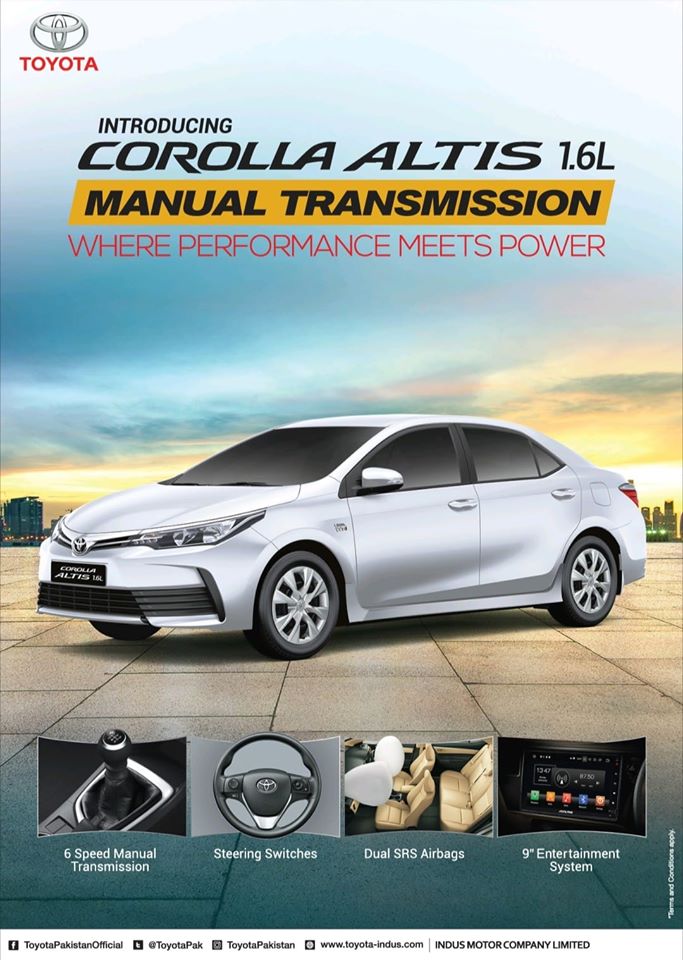 IMC is in process of introducing the 12th generation Toyota Corolla, camouflaged test mules of which were spotted testing on the roads already. However the company having discontinued the 1.3L Corolla variants in favor of new Yaris sedan has witnessed an alarming 61% decline in Corolla sales. Just 22,140 Corolla units were sold in FY2019-20 compared to 56,720 units sold in the preceding financial year.

The introduction of Altis Manual as the cheapest available variant in Toyota Corolla lineup might help IMC clear out the stocks faster. Want to share your thoughts on the new Corolla Altis 1.6L MT, let us know with your comments.