The Toyota Corolla Altis is best known as a family car, but Toyota Gazoo Racing Motorsport Thailand (TGRMT) thought that the Corlla Altis would make for a good race car too. And it proved out to be true.

Related: Why The Next Generation Toyota Corolla Is Better Than Ever

Professional racing is not a child’s play, especially when names like Ferrari 488 GT3 and BMW M4 GT4 are on the track as well, so obviously the Corolla Altis had to undergo some changes. Like any race car, the interior was deprived of everything including seats, carpets navigation system etc, and instead had race-specific seats & rollover cages inside. Other enhancements include chassis & suspension tuning and upgrade in body rigidity which include lowered ride height and added spoilers. Under the hood, the M20A-FKS 2.0L four-cylinder naturally aspirated engine was only enhanced by air intake, exhaust system and ECU. All this resulted in a tremendous as TGRMT scored a one-two finish in ADAC Total 24 Hours Race in Nürburgring in the Super Production 3 category. 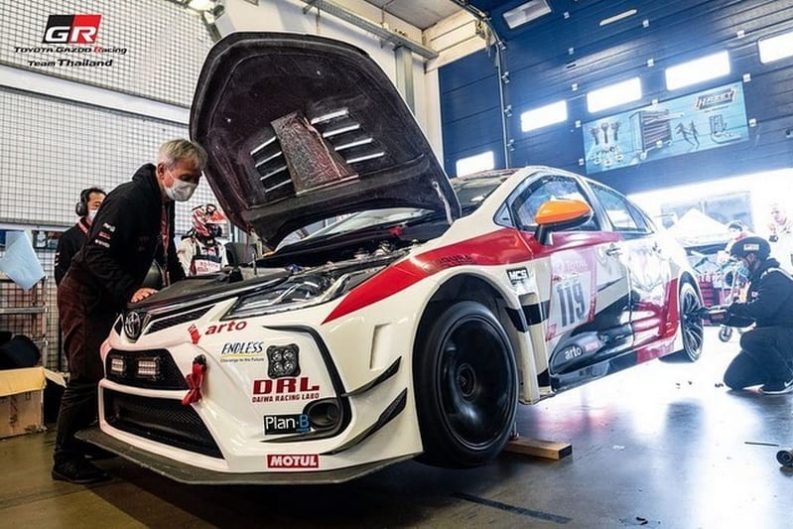 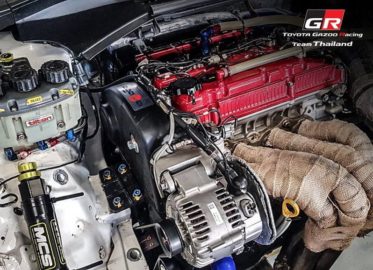 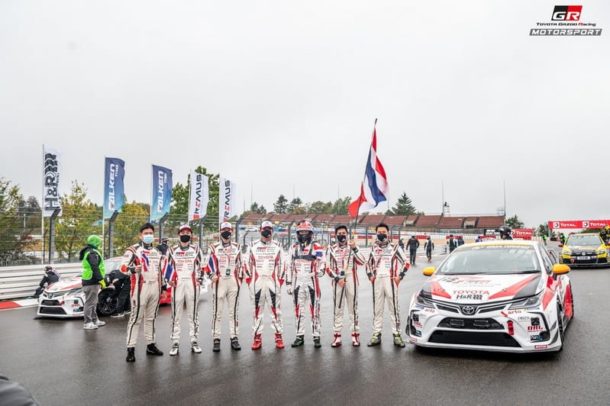 Driven by Chen Jian Hong, Grant Supaphongs and Naoki Kawamura, the winning Altis #120 finished the race in 24:05:51.477, completing 67 laps for an overall position of 60th out of 97 cars. The other car #119 finishing in 2nd place, overall 67th was driven by Suttipong Smittachartch, Nattavude Charoensukhawatana and Manat Kulapalanont & crossed the finish line at 24:10:51.742 and after 65 laps.

Last year, the Japanese automaker hinted the ambitions to drastically change its image and consumer perception by introducing a performance version of each of its models. And with the introduction of 12th generation model, Toyota says the Corolla delivers an enhanced driving experience like no other Corolla model produced before. Now with Nürburgring 24 Hours SP3 Class title under its belt, the Corolla once known as a reliable and to-the-purpose family car will now be known for its performance capabilities as well.