Toyota Corolla is the Most Popular Car in Bangladesh

Bangladesh is currently experiencing rapid economic development, which is enhancing the standard of living of the people of this country. A decade ago, the per capita income of the people of Bangladesh was only $500; but now it has risen to $2,227. And with that, people’s ability to buy expensive things such as private cars has increased significantly.

The automobile industry in Bangladesh may seem very small compared to other countries in the world, but overall the industry is starting to make an impact in the global market. Every day about 70 cars or more than 25,000 cars a year are being sold in Bangladesh and when compared to the sales from 2013, the number of cars sold has tripled.

Cars in Bangladesh, whether new or used are mostly imported since there is very limited assembling of passenger cars there. Car plants which assemble passenger cars are from Mitsubishi and Proton, as well as commercial vehicles from Hino and Tata. In addition, there are manufacturing and assembly plants of motorcycles, auto rickshaws as well. 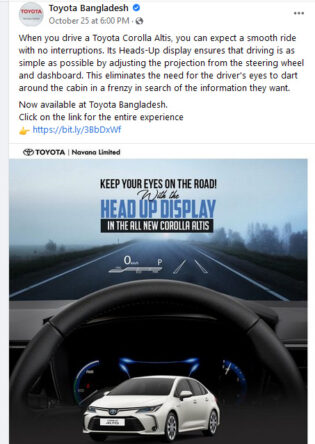 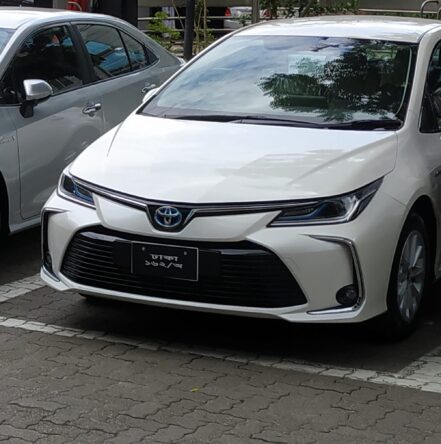 Like most parts of the world, the highest selling car in Bangladesh is Toyota Corolla which first landed there in 1966 (before partition). According to Bangladeshi media, one of the most compelling reasons behind Toyota Corolla’s massive popularity is its relatively low price range, against which buyers get a reliable car which is spacious, easy to maintain, economical to run and easy availability of spares due to which the Corolla has an ample demand even in the second-hand car market. 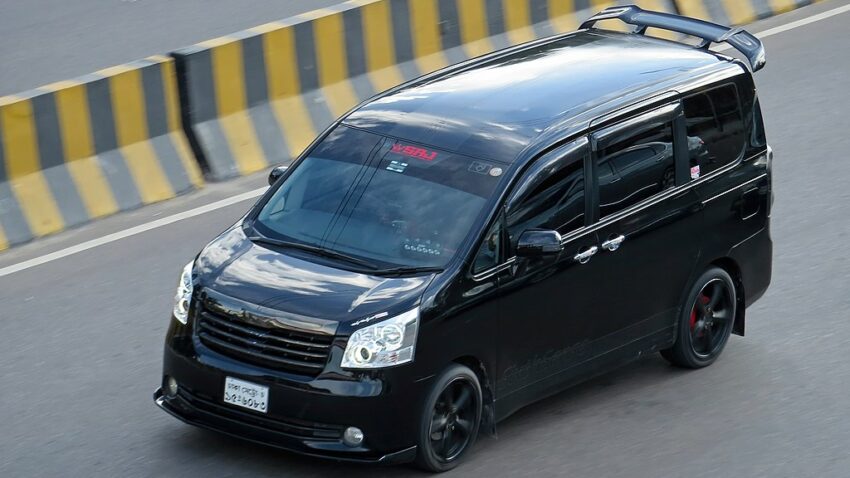 Behind Corolla, there is another Toyota as the second bestselling cars in Bangladesh and its the Noah minivan. One of the top reasons behind Toyota Noah’s high selling record in Bangladesh is its restructuring design and passenger-friendliness. Many consumers prefer Toyota Noah for comfortable long-distance journeys with family members, friends or business team. Other popular cars in Bangladesh include the Toyota Allion, Probox, Belta/ Yaris, Corolla Cross, Honda Airwave, Nissan X-Trail and Mitsubishi Pajero. 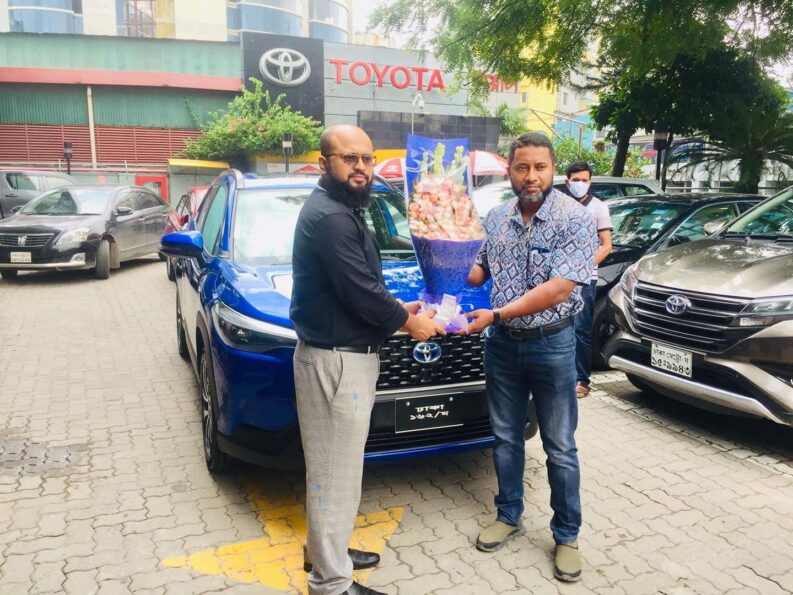 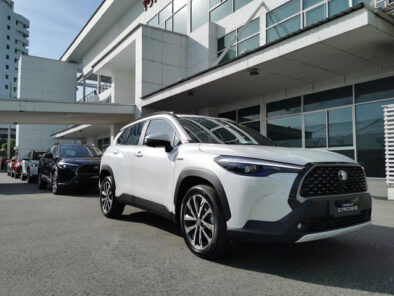 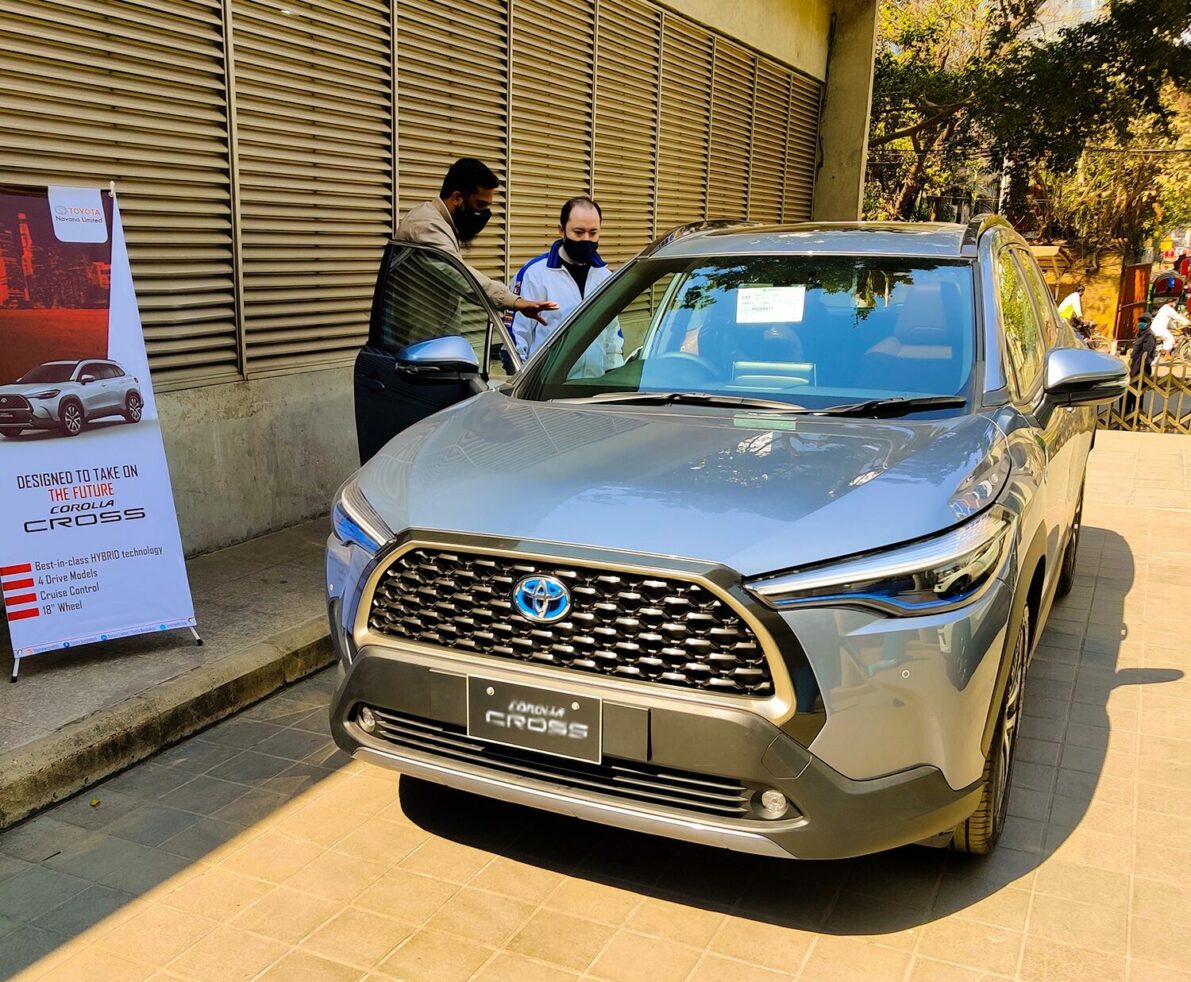 Bangladesh is also moving towards cleaner mobility and is in process of introducing a homegrown car brand too. Reportedly, Japan is interested to provide technical assistance for the production of Bangladesh’s own brand of motor vehicles. Furthermore Japan has also offered to assist Bangladesh in developing the vendor industry related to automobile and light engineering industries and setting up an Automobile Testing & Research Institute in Bangladesh. 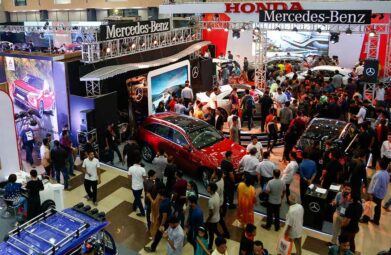 Some scenes from Dhaka Motor Show

According to a UN report, Bangladesh has been averaging an annual growth of more than 6%. Its GDP rose from $100 billion in 2009, to almost $250 billion in 2017– a staggering 150% increase. Eight million people have been lifted out of poverty since 2010, while the per-head income has almost tripled in just 10 years. Bangladesh is set to be classified as a ‘developed country’ within the next 2 decades, according to World Economic Forum.