Toyota Corolla Might Not Remain the Best Selling Car in Pakistan

Toyota Corolla is considered as the world’s most successful car ever, having cumulative sales surpassing 45 million units since it was first introduced in 1963. While everyone knows it’s the world’s highest selling car that’s available in probably every corner of this world, not many are aware that Pakistan is the number 1 market for Toyota Corolla in Asia Pacific region and 4th in the world in terms of sales.

In 2009, the 10th generation Toyota Corolla went past Suzuki Mehran to become the highest selling car in Pakistan. However since the introduction of 11th generation model in 2014, Toyota sales in Pakistan reached new heights. Indus Motor Company (IMC) has been able to sell more than 50,000 units of 11th gen Corolla in each fiscal year since 2014, the feat which previously no other car and no other previous Corolla generation have been able to achieve.

However the future doesn’t look so bright for Toyota Corolla in Pakistan. As the auto industry is going through its worst period in our country, every assembler is suffering from a drastic decline in sales. During the first two months of current fiscal year 2019-20, passenger cars sales have dropped by 31% at 27,108 units compared to 39,354 units sold during the same period last year. A massive 41% decline was observed in August 2019 with only 10,636 units compared to 17,977 units sold in August last year.

In the first two months of this fiscal year, IMC managed to sell just 3,708 units of Toyota Corolla compared to 8,770 units in the same period a year earlier registering -58% reduction in sales. In August 2019, only 1,727 Corolla units were able to find buyers, rendering a -59% decline compared to 4,204 units sold in August 2018. This is the worst monthly sales figure for Toyota Corolla in the last 15 years since FY2003-04 saw IMC selling 20,321 units of Corolla averaging less than 1,700 units a month. However that figure was healthy for its time considering company’s production capacity & market size in that era.

Due to lack of demand, IMC has already announced to shut down all productions for the remaining days of September. This will bring the total number of non-production days to 35 from July 2019 to September 2019.

The company is facing a hard time clearing stocks as according to information, IMC plant and its countrywide dealership network has piled up unsold inventory of over 3,000 vehicles, while the plant is running at just 50% of its full capacity.

The imposition of FED ranging from 2.5 to 7.5% on various engine capacity cars, constantly increasing prices due to rupee-dollar parity coupled with additional customs duty on imported parts and raw material and high interest rates had pushed car prices out of the range of masses.

Furthermore the Corolla sales are expected to be reduced in future as the company is in process of introducing Yaris sedan as a replacement of 1300cc Corolla variants, which contributed to major sales chunk. This is because the new 12th generation Corolla has started to replace the 11th gen model in most markets already, and IMC can’t deploy their tried-and-tested 1300cc 2NZ-FE engine in the TNGA-based new Corolla. 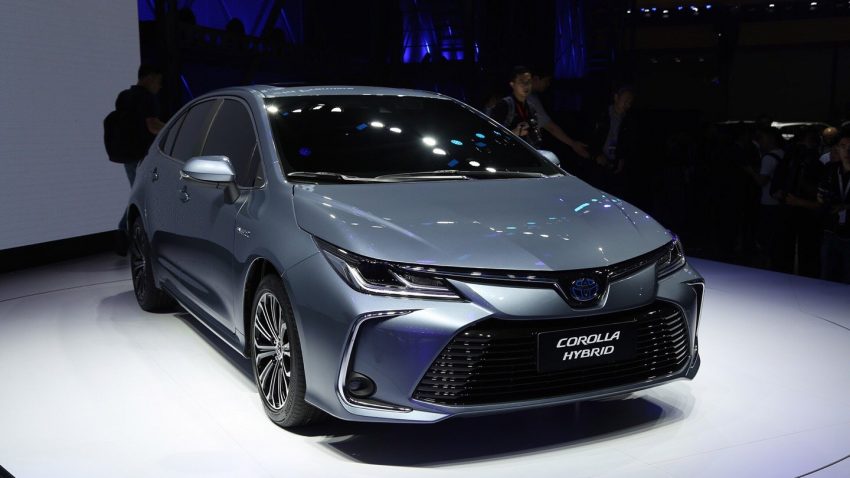 It is expected that the 12th gen Toyota Corolla might reach our soil somewhere during the next year. However with current economic situation and alarming decline in sales, no one can say for sure about the launch of a new car or how it’s going to perform in our market. Government needs to take serious steps in order to help bring the local auto industry back on track, which once used to be among the best performing sectors of the economy.

Nevertheless it looks certain that after the introduction of Toyota Yaris sedan, the Corolla might not remain the best selling car in Pakistan. The new Yaris sedan that will be available in both 1.3 and 1.5 liter engines is expected to hit the market by February 2020.