Toyota Corolla is considered as the world’s most successful car ever, having cumulative sales surpassing 45 million units since it was first introduced in 1963. While everyone knows it’s the world’s highest selling car that’s available in probably every corner of this world, not many are aware that Pakistan is the number 1 market for Toyota Corolla in Asia Pacific region and ranks 4th in the world in terms of sales.

In 2009, the 10th generation Toyota Corolla went past Suzuki Mehran to become the highest selling car in Pakistan. However since the introduction of 11th generation model in 2014, Toyota sales in Pakistan reached new heights. Indus Motor Company (IMC) has been able to sell more than 50,000 units of 11th gen Corolla in each fiscal year since 2014, the feat which previously no other car and no other previous Corolla generation model has been able to achieve.

However the economic downturn in fiscal year 2019-20 saw sales of local assembled cars reduced by 53% with almost all cars witnessing a drastic decline. Only 110,583 units were sold in the entire year compared to 235,229 units sold in the previous fiscal year. This is also the lowest-ever sales in a year after the economic slump of 2008-09.

Like every other car, the Corolla too suffered from an alarming drop in sales with just 22,140 units being sold in FY2019-20 compared to 56,720 units sold in FY2018-19 rendering an appalling 61% decline. This also made Toyota Corolla miss a unique milestone of making a double hat-trick in selling over 50,000 units for 6 consecutive years.

Now with IMC having already discontinued the 1.3 liter Corolla variants in favor of new Yaris subcompact sedan, the sales of Corolla are going to remain subdued since the bulk of sales were contributed by 1.3 liter variants. Furthermore the constant revision in prices has pushed the local assembled cars including Corolla Altis variants well out of the reach of many. The Corolla is currently available with 1.6L and 1.8L Altis variants only, which are priced between PKR 31.59 lac and PKR 38.99 lac.

The 11th gen Corolla is in its final year of production in Pakistan as the company is in process of introducing the new TNGA-based 12th gen model in the country. Camouflaged test mules have already started to appear on our roads suggesting a (possible) year-end or early 2021 launch. 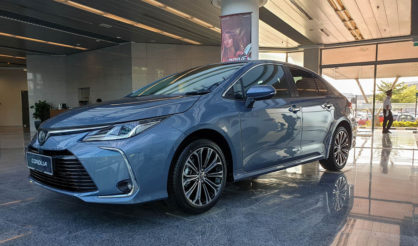 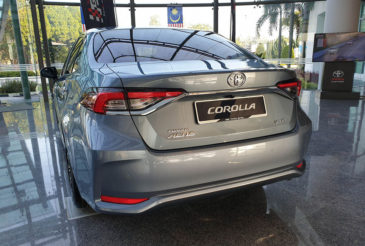 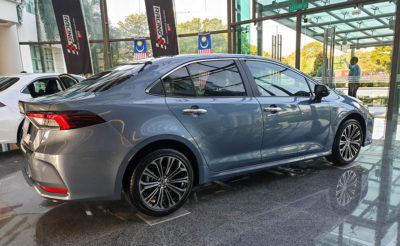 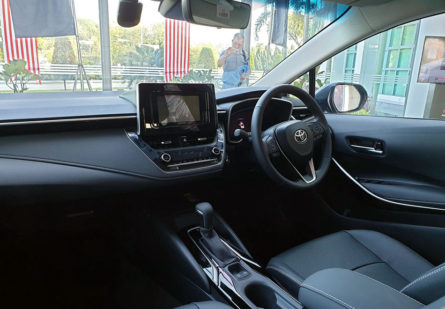 The new 12th gen Corolla is likely going to be priced even higher than the current generation model and will be available in bigger engine displacements only, unlike the 11th gen Corolla the sales of which were largely helped by the 1.3 liter (XLi/ GLi) variants. It’s obvious that the 12th gen Corolla might not be able to get the same sort of success (in terms of sales) which the 11th gen achieved, perhaps the new Yaris sedan will now act as the bread earner for IMC, the sales of which is yet to pick up momentum after the COVID-19 lockdowns were eased.

With phenomenal sales figures, the 11th generation Toyota Corolla even after its discontinuation will always be remembered as the most successful local assembled Corolla and its status as the best selling Corolla model will likely remain unchallenged for years to come.