Despite a mild drop in value from 2019 to 2020, Toyota manages to retain its title as the most valuable car brand in the world. This is the 8th consecutive year for the Japanese automaker to hold this title. Three automakers did make the ranking of the World’s 100 Most Valuable Brands, led by Toyota valued at $28.39 billion at 48th place, Mercedes-Benz at 56th and BMW at 61st place.

Among the Top 10 in automobile companies, followed by Toyota, Mercedes and BMW, Tesla moved up three spots to secure 4th place, surpassing Honda, Ford, and Nissan in the process. Tesla’s 22% valuation increase to $11.35 billion also nearly gave it a place in Top 100 Most Valuable Brands list. 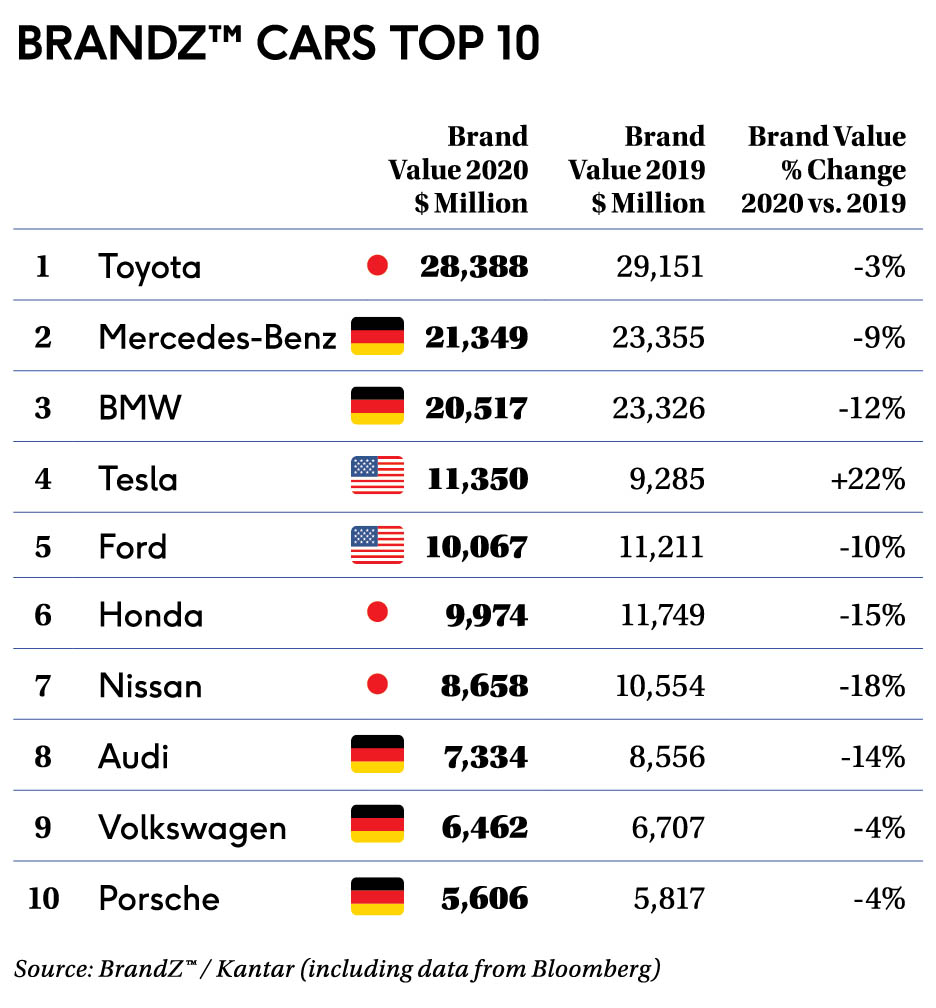 Honda dropped two positions to secure 6th place with a loss of -15% in value, whereas Nissan suffered the biggest loss at -18% and was dropped to 7th place. The 8th, 9th and 10th position remain unchanged from last year & were retained by Audi, Volkswagen & Porsche respectively.

About the BrandZ™ Top 100 Most Valuable Global Brands Ranking

Now in its 15th year and commissioned by WPP, the valuation behind the BrandZ™ Top 100 Most Valuable Global Brands was conducted by brand equity research experts Kantar. The ranking combines rigorously analyzed market data from Bloomberg with extensive consumer insights from over 3.8 million consumers around the world, covering over 17,500+ different brands in 51 markets.

The ability of any brand to power business growth relies on how it is perceived by customers. Grounded in consumer opinion, BrandZ™ analysis enables businesses to identify their brand’s strength in the market and provides clear strategic guidance on how to boost value for the long-term. The eligibility criteria are: