Toyota President Akio Toyoda will remain as the head of Japan Automobile Manufacturers Association (JAMA) beyond next May, serving a rare third straight term. Toyoda’s extended tenure comes as the auto industry focuses more on electrification as momentum builds toward de-carbonization. Japan has vowed to lower carbon dioxide emissions to net zero by 2050.

Toyoda, 65, has served as chairman of the association, which includes makers of passenger cars, trucks and buses among its members, since 2018, and a third term will see him in the position through May 2024. According to Toyoda he was not sure until the last minute whether to accept the request to stay on. Toyoda told in an online news conference:

“Member companies told me that they want to move on under the same leader in times of such a big change as carbon neutrality, I decided to accept the extension if my experience gained from crisis response up to now can help (the industry) overcome difficult times.”

In recent months, the auto industry has been pounded by the COVID-19 pandemic-caused parts shortages that have forced them to curb output, in a blow to the export-reliant Japanese economy. Executives of Japan’s three major automakers– Toyota, Nissan and Honda have traditionally filled the post of chairman, which has a 2-year extendable term.

Related: 6 Automakers Agree to Climate Pledge but Others Hold Back 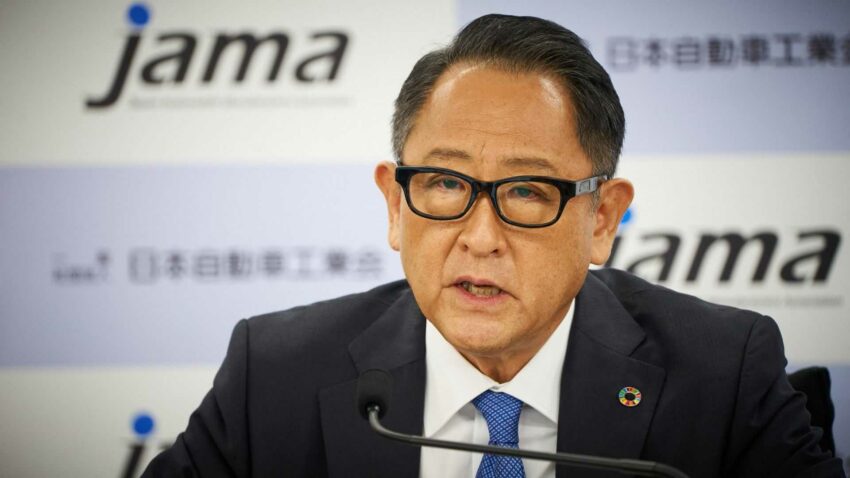 The association has pledged to make all-out efforts toward carbon neutrality, but Toyoda has stressed the need for a change in government energy policy, which relies on thermal power generation. Moving away from emissions-heavy electricity sources used in Japan, and thus its car manufacturing industry, is critical in the de-carbonization drive.

Among the association members, Toyota has unveiled a goal to roughly quadruple its global sales of electrified vehicles, including hybrids, from current levels to 8 million in 2030. Nissan aims to have new vehicles it sells in key markets electrified from the early 2030s, while Honda has unveiled plans to make electric vehicles and fuel cell vehicles account for all of its sales by 2040– the first Japanese automaker to declare a complete departure from gasoline-powered cars and hybrids.