Toyota has once again came under the radar of environmentalists for its lack of efforts towards climate performance. The Japanese automaker scored lowest overall for the second year running in Greenpeace’s annual Automotive Environment Guide for 2022, followed by Honda and Nissan, which both slipped three places from last year’s report.

The rankings are based on the manufacturers’ progress towards de-carbonizing their supply chains, phasing out internal combustion engine (ICE) vehicles, and resource reduction and efficiency.

In 2021, sales of electric vehicles more than doubled to over 5% of the global market. However, that increase wasn’t evenly distributed across all car manufacturers, according to the latest report. In the category of transitioning to “zero-emissions vehicles”, companies were ranked based on the proportion of their overall sales that were fully electric or hydrogen-fuel-cell powered. 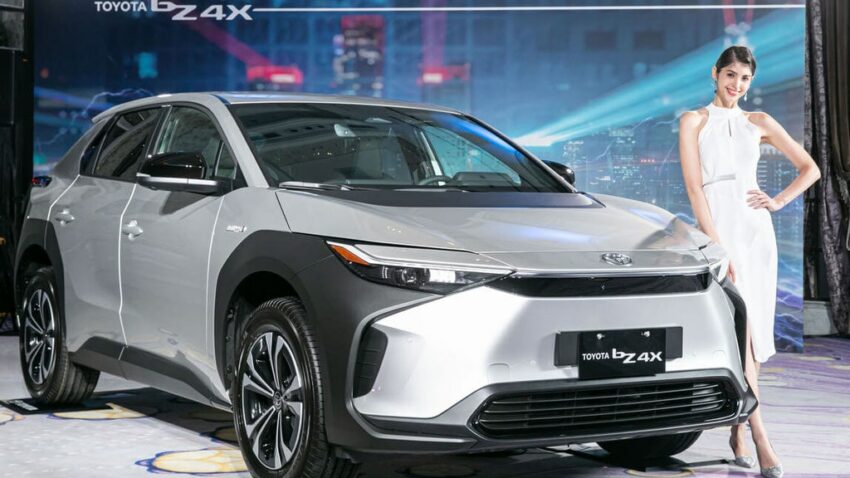 Toyota sold the lowest number of fully electric vehicles as a proportion of their overall sales, out of the top 10 largest car companies globally. The astonishing figure which the report disclosed is:

Although Toyota sells a significant number of hybrid vehicles, those cars combine an electric engine with an internal combustion engine and therefore still produce emissions. According to Violette Snow, a Greenpeace campaigner “Zero emissions vehicles were 0.2% of Toyota’s sales in 2021.” 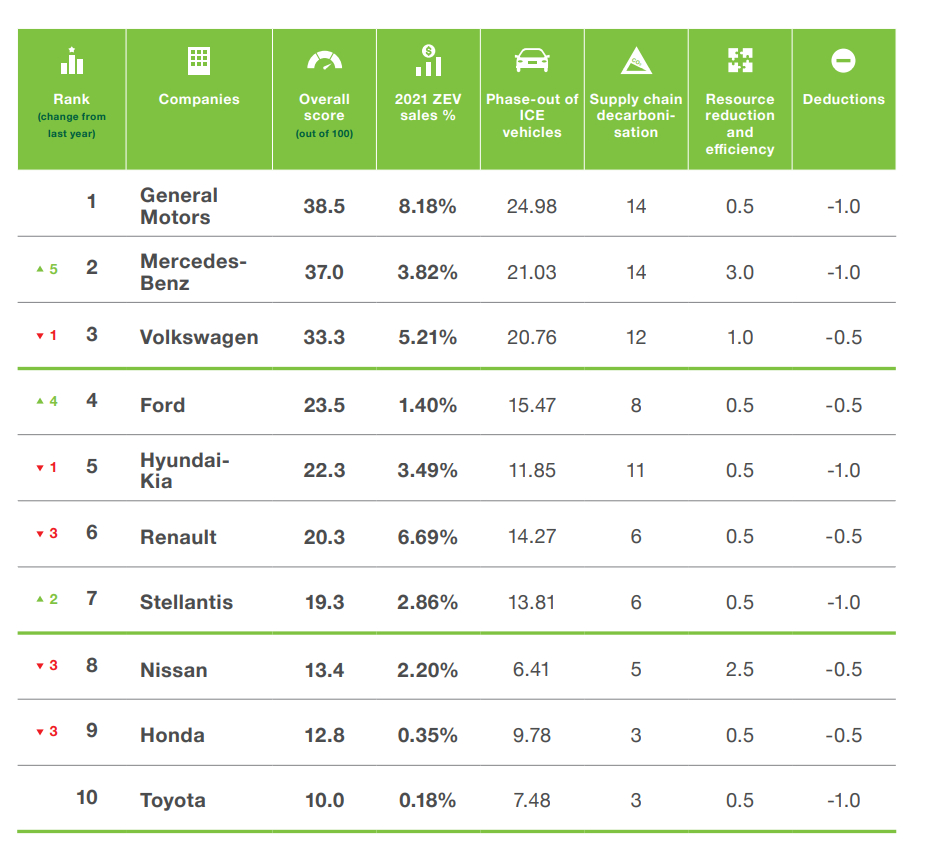 Manufacturers were given a rating based on their phase-out of ICE vehicles, supply chain de-carbonization, and resource reduction and efficiency.(Supplied by: Greenpeace)

Mercedes climbed 5 places from last year to second in the rankings, but even the best climate-performing manufacturers are still falling short of international climate targets. Greenpeace noted that although General Motors and Mercedes Benz are on top of the table, both companies however are still continuing to sell fossil fuel vehicles at a rate that exceeds the Paris Agreement goals.