Toyota has retained its top position in the automotive sector of Interbrand’s 2018 Best Global Brands list with a brand value estimated to be around US$53.404 billion, which is a 6% increase compared to previous year. Toyota secured an overall 7th position, with only Apple, Google, Amazon, Microsoft, Coca Cola and Samsung ahead of it.

Mercedes-Benz also saw its brand value grow by 2% to US$48.601 billion, overtaking Facebook to the take 8th spot just behind Toyota. It should be noted that both Mercedes-Benz and Toyota managed to remain in the top 10 of the 100-brand list. 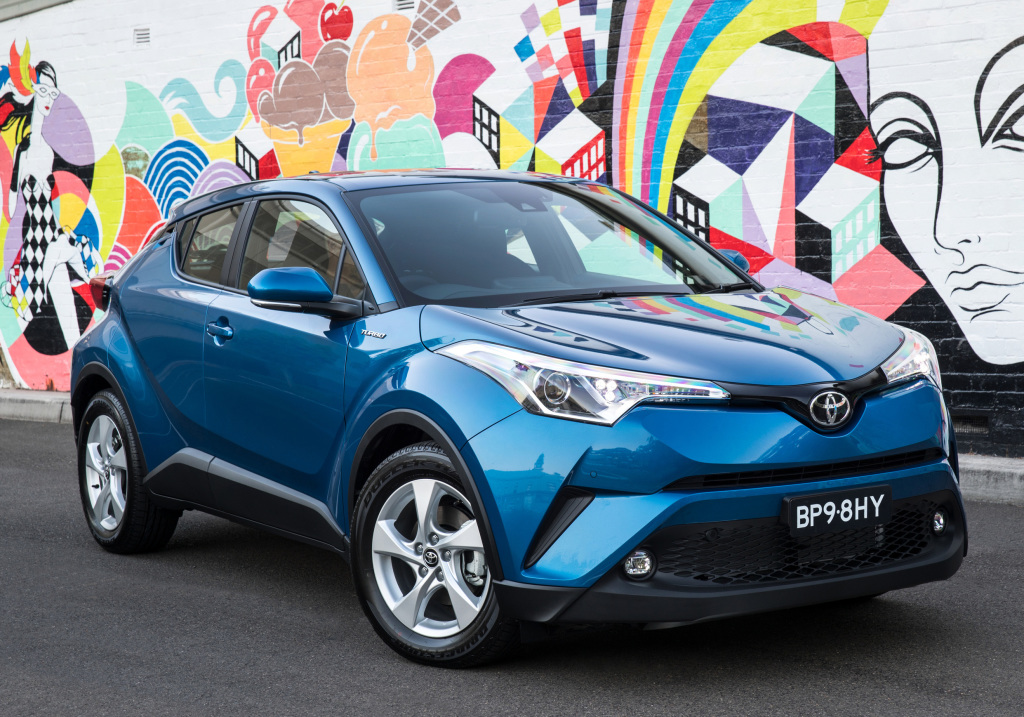 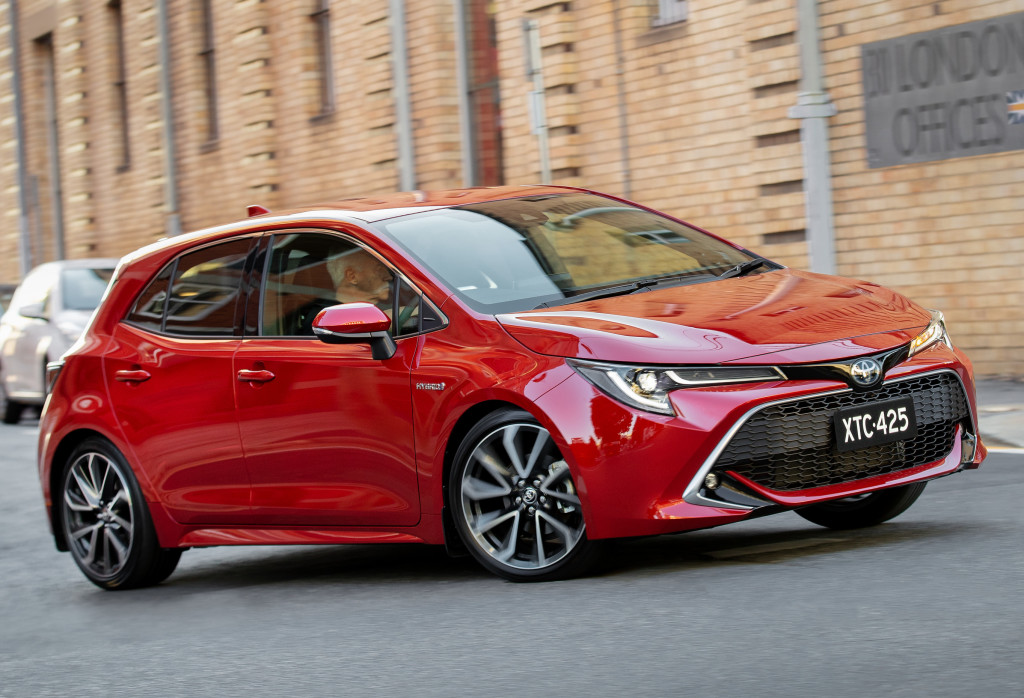 Ferrari was named the top growing brand among automotive companies in this year’s list, with an 18% growth in brand value to US$5.76 billion, securing 80th position. Rounding up the list of automotive companies in the Interbrand’s 2018 Best Global Brands list are MINI with US$5.254 billion (+3%), Harley Davidson with US$5.161 billion (-9%) and Subaru with US$4.214 billion.

To qualify to be included in Interbrand’s Best Global Brands list, a company must meet several conditions where at least 30% of its revenue must come from outside of the its home region. Furthermore, the brand must have a significant presence in Asia, Europe, and North America as well as broad geographic coverage in emerging markets.

There must also be adequate publicly available data on the brand’s financial performance, and any economic profit must be expected to be positive over the longer term, delivering a return above the brand’s cost of capital. The brand must also have a public profile and awareness across the major economies of the world. 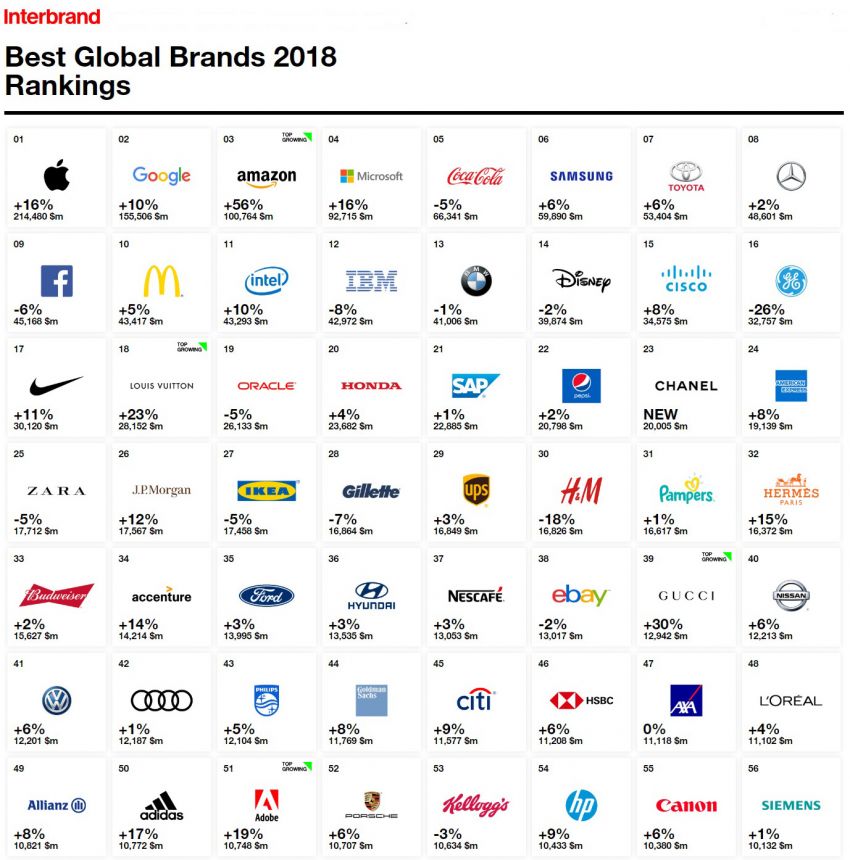 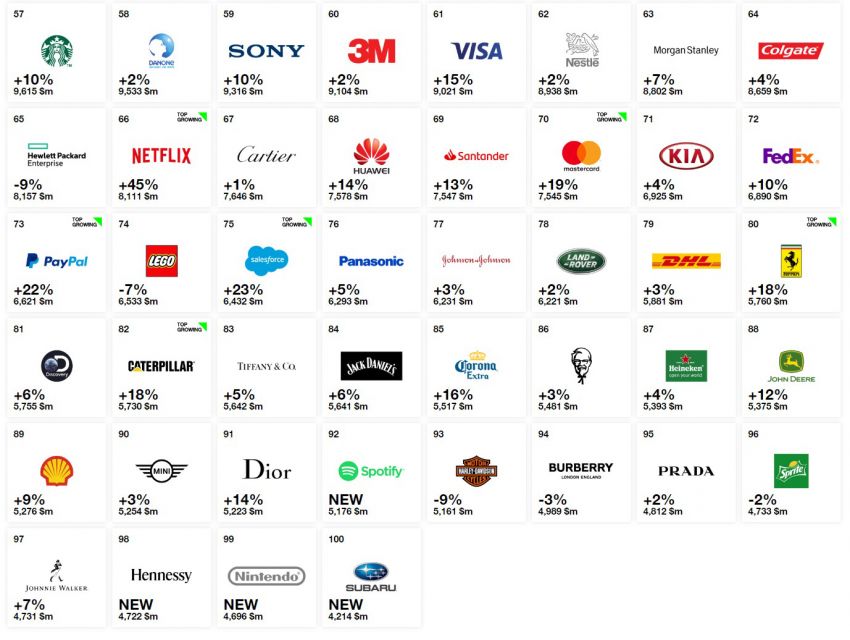