Suzuki and Toyota’s partnership has benefited the two automakers from a series of cross-badged products, such as the Toyota RAV4-based Suzuki ACross, and to be specific about the Indian market, the Toyota Glanza and Urban Cruiser which are based on Suzuki Baleno and Maruti Vitara Brezza respectively.

Related: Toyota Yaris to be Replaced by Ciaz in India

Recently it was reported that Toyota is set to launch a Suzuki Ciaz-based sedan in India likely to be called as Belta, followed by an MPV based on Suzuki Ertiga. Now however in an interesting development, there will be another Suzuki-based Toyota product for the Indian market and it’s going to be none other than the WagonR.

Courtesy MRD Vlogs, we can see a white color example of the latest generation Suzuki WagonR and although there were to badges on the car, the alloy wheels had Toyota logo on them and more interestingly according to information, the wheels are same which comes with Suzuki Ignis in India.

Off course the Toyota WagonR is cosmetically different from the actual Suzuki WagonR with a fascia that’s reminiscent to the XL5 which was long rumored to be introduced as an upscale version of WagonR. There are other changes as well such as the revised front & rear bumpers with different fog lamp housings while interior is expected to get a few enhancements too. 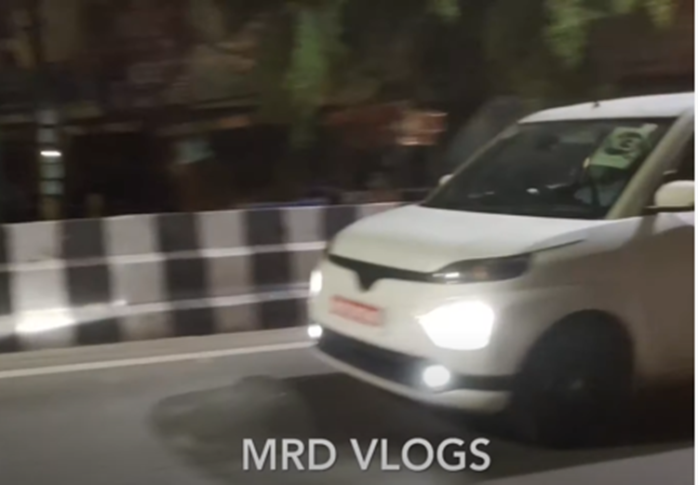 There are no technical details available at this stage but the Toyota’s version of WagonR will likely be powered by the same 1.0-liter engine with 67hp and 90Nm that propels the Suzuki WagonR in Indian market.

Toyota never tasted success in the small car segment in India, however their partnership with Suzuki which dominates this segment has paid them off quite well with sales of Suzuki-based Toyota vehicles witnessing a considerable improvement compared to actual Toyota cars.