After having made its debut in markets including Philippines, Vietnam & Thailand, the XP150 Yaris facelift is now all set to be introduced in Malaysian market as Toyota Malaysia has started a teaser campaign on social media with a ‘Coming Soon’ message.

The teaser image shows the new Yaris having redesigned LED headlamps with matching LED DRLs instead of projector units on the current model. The rest of the car including the interior is likely going to be largely unchanged sparing minor enhancements as seen in Philippine version where the car is marketed as Vios, and Yaris & Yaris Ativ in Thailand. 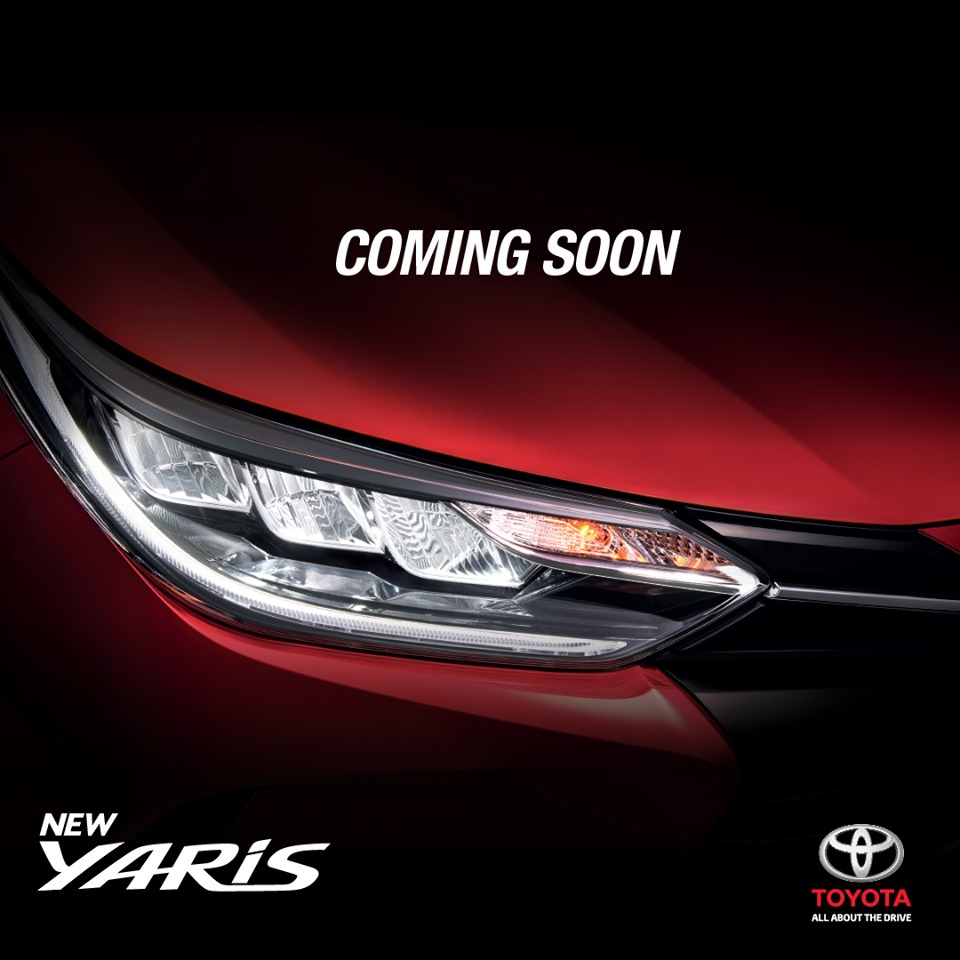 The engine is likely to be retained in form of 2NR-FE 1.5 liter dual VVT-i petrol unit which churns out 105 hp of power and 140 Nm of torque, and comes paired to a CVT gearbox with 7-speed Shiftmatic. However in safety forefront, the Yaris facelift in Malaysia is expected to get a boost just like Thailand where both Yaris (hatchback) and Yaris Ativ (sedan) saw inclusion of Toyota Safety Sense suite, which includes Autonomous Emergency Braking (AEB) and Lane Departure Alert (LDA).

In Pakistan we have just welcomed the XP150 Yaris pre-facelift, the sales of which are now gaining momentum as the Yaris launch campaign was badly affected by COVID-19 lockdowns. And while the XP150 facelift has already reached global markets, it’s highly unlikely for us to get the facelift here any time soon.