The Toyota Yaris is currently the highest-selling sedan in Pakistan followed by the, Toyota Corolla, & the second bestselling car of the country with sales only behind Suzuki Alto.

The success of Yaris is mind-boggling, considering the fact that it was launched in the toughest of times with its launch ceremony being washed out due to COVID-19 pandemic. This was followed by lockdowns which brought all the economic activities to a complete halt. There were absolutely no marketing nor promotions, and with dealerships closed due to lockdowns, customers could not even visit the showrooms to see & experience the new car.

Despite observing zero sales in its initial months, the Yaris was quick to rise with thumping sales figures brought about by the ease of lockdowns. The Yaris was all set to maintain it’s dominance in domestic sales charts in the following months. Furthermore, the Yaris had to fill in the big shoes of its elder brother. The expectations were quite high and no breathing room was being provided by its rivals.

But when the lockdowns were eased, the public started to find it to be a very dependable car and soon one could see Yaris emerging on our roads in healthy numbers. Word of Mouth has a pivotal role in the Pakistani market as it dictates success for any car, and Yaris was able to cash in on that. People who experienced the car became its marketeers.

But the success of the Yaris wasn’t just limited to the urban landscape. Living on the tradition of the Corolla XLi/ GLi, the Yaris remains robust even in rural driving scenarios. I was in talks with one of the customers who recently had a chance to drive a Yaris and his opinion was: “literally it can eat potholes and bumps on unpaved road.”

One of the key reasons for Yaris’ success is the availability of a multitude of features & equipment, which were even more than what we used to get in the corresponding Corolla XLi/ GLi variants and its competition. Features including a 6.8-inch touchscreen multimedia system, steering wheel switches, climate control, multiple drive modes: Normal/ Sports/ Eco, push start and entry, and CVT transmission made the driving experience of the Toyota Yaris a lot compelling than any other car in the market. 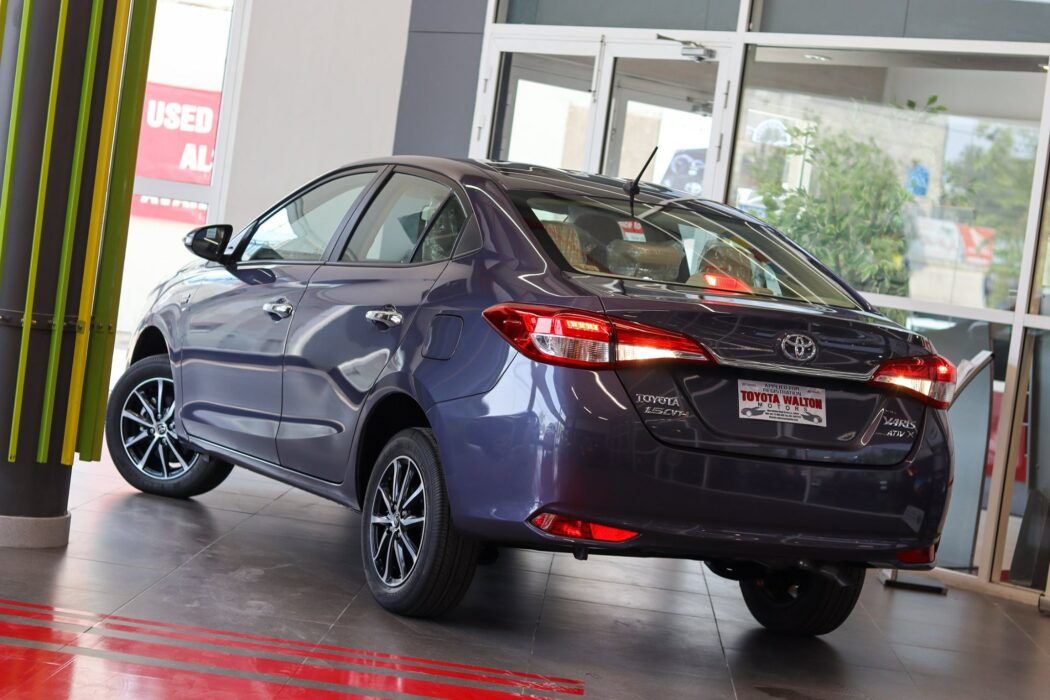 Now Yaris is set to face resistance from new competition including the 6th gen Honda City, which despite a globally discontinued model is something ‘new’ for our market.  However, I believe the ultimate advantage that the Yaris has over its rivals is the presence of the Toyota badge, something that’s considered quite hard to beat as far as our market is concerned, owing to Toyota’s Quality, Reliability, and Durability (QRD). With a strong nationwide network, good after sales support including availability of spare parts across the country, & on top of everything else– the handsome resale factor, the road seems to be open for the Toyota Yaris to sail.

What is your take on the success of Toyota Yaris in Pakistan? Share your opinions below.