Toyota Yaris was the Bestselling Subcompact Hatchback in Thailand in 2020

After pickup truck & subcompact sedan segment, the data for bestselling subcompact hatchbacks in Thailand for year 2020 is out according to which Toyota Yaris hatchback has came on top as the bestselling car of the segment.

In a market with more than 10 contenders in the segment the Yaris saw tremendous success thanks to the introduction of facelift model last year which saw new 3NR engine as well as equipment upgrades including Toyota’s Safety Sense suite. With 26,240 units, the Yaris not only came on top but outsold the runner up Honda Jazz by a good 11,000 unit margin. 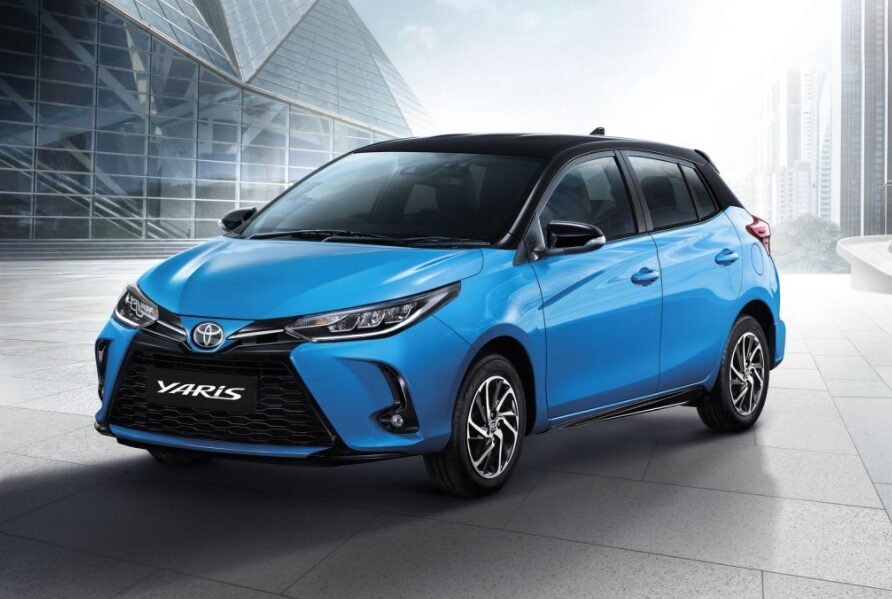 Honda Jazz with 15,568 units was at the second place however in November 2020, Honda introduced the City hatchback in Thailand which will act as a replacement of Jazz not only in Thailand but other ASEAN markets as well. Suzuki Swift was at the third place with 10,320 units followed by Mazda2 hatchback with 7,342 units sold during the calendar year 2020. 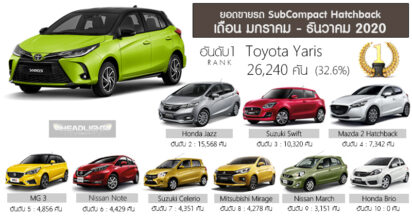 There was intense battle between the 5th, 6th, 7th and 8th position all attaining sales of 4,000+ units. Among these MG3 hatchback with 4,856 units was at the fifth place followed closely by Nissan Note with 4,429 units. 7th position was taken by Suzuki Celerio with 4,351 units whereas Mitsubishi Mirage was at 8th place with 4,278 units sold during the year.

Nissan March with 3,151 units was at the 9th place while Honda Brio saw zero sales throughout the year. In total 80,535 units of subcompact hatchbacks were sold in Thailand during the year 2020.