In March 2016, Pakistan introduced the “Auto Policy 2016-21” which offers tax incentives under Greenfield and Brownfield investment categories. New automakers can establish manufacturing/ assembly plants in the country under the Greenfield status whereas old non-functional plants were allowed to get back into the act under Brownfield status.

Renault, Nissan, Kia, SsangYong, Volkswagen, Hyundai and a couple of Chinese automakers have reportedly expressed interest in entering the Pakistani market. Among these, Hyundai, Kia Renault are already in process of setting up their plants here.

On the other hand Pak China Motors, formerly known as Karakoram Motors, have joined hands with Lifan Autos. Karakoram Motors during its previous tenure was the first to launch Chinese cars in Pakistan. They were the same people who introduced the Chery QQ in Pakistan are the sole distributors of some of the largest and famous Chinese automobile brands including Chery, Changan and Gonow. Karakoram Motors was also the first company of the world to assemble Right Hand Drive (RHD) vehicle outside China. 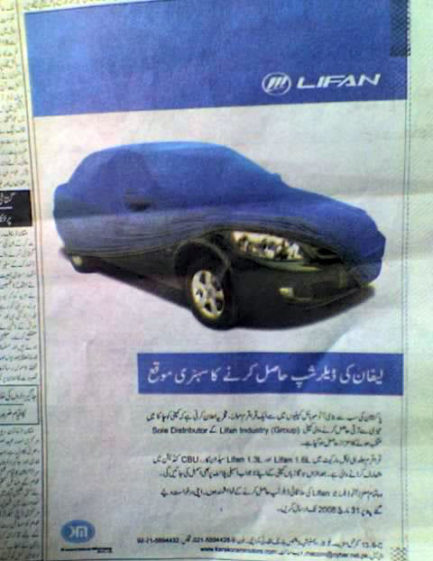 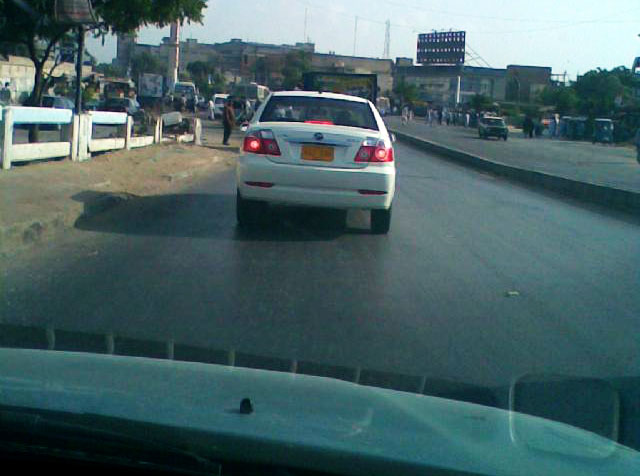 In 2008 Karakoram motors were about to launch the Lifan 520 sedan in Pakistan and huge ads in newspapers were being published in those days. A few of Lifan 520 sedans were also spotted on the roads but the actual launch of the said vehicle never occurred. Later those few imported units of the 520 sedans went into the use of their company employees.

The Auto Policy 2016-21 sure has opened up doors to competition, something that was non-existent in the auto sector until now. However we will have to wait for a couple of years more to let these new comers establish their plants here and offer their diverse portfolio to develop a healthy & competitive automobile market in Pakistan.