Sri Lanka is going through the worst economic crisis ever witnessed. The situation is so bad at the moment that there is a shortage of food, shortage of fuel, long power cuts and a massive rise in prices across the board. The meltdown has been driven by a shortage of foreign currency, which has led to a reduction in the imports of essential items.

Sri Lanka depends heavily on imports, whether it’s for essentials like food, petroleum, paper, medicines, cement and much, much more. The shortage of foreign currency has hit these imports so badly, that the Sri Lankan government has had to cancel all examinations for schools for millions of children this year simply because they didn’t have paper. 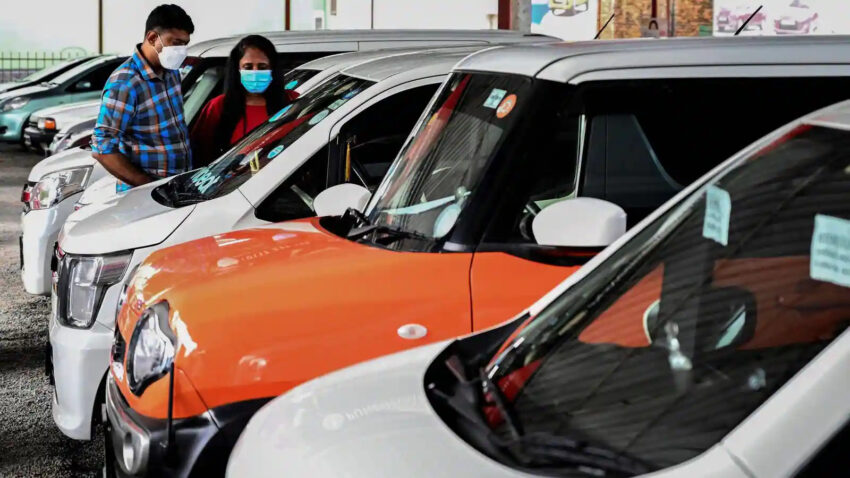 The economy of Sri Lanka went into tatters ever since COVID-19 surfaced in 2020 with Sri Lanka that was heavily dependent on its tourism sector suffered badly due to the pandemic & travel restrictions. The island country is now on the brink of bankruptcy, inflation is red hot and the government has barred a range of “non-essential” imports to save dollars needed to buy food, medicine and fuel. While supermarket shelves are bare and restaurants can’t even serve meals, Sri Lanka’s economic crisis has turned into a bonanza for used car dealers, with vehicle shortages pushing prices higher than a house in a nice area.

The ban on imports has kept factory-fresh automobiles off local roads, forcing desperate buyers to pay some of the world’s highest prices for old cars, beaten-up compacts and no-frills family sedans. For example, a 5-years old Toyota Land Cruiser was on offer online for an eye-watering 62.5 million rupees ($312,500) which is about triple the pre-ban price, and enough to buy a house in a middle-class Colombo neighborhood or a new luxury apartment in the city center. 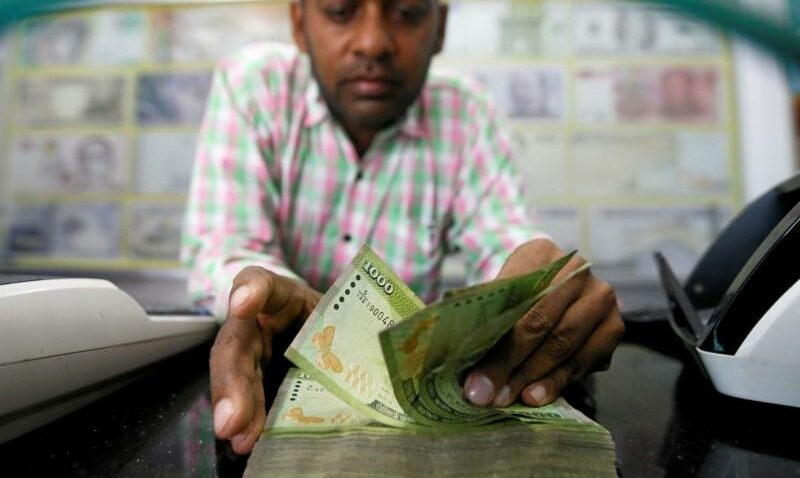 A decade-old Fiat 5-seater with a busted engine that might be stripped for parts elsewhere was listed at $8,250, more than twice Sri Lanka’s average yearly income. According to Sarath Yapa Bandara, the owner of one of the capital’s biggest dealerships:

“A car and a house are symbols of success, that is why most people are willing to buy even at these high prices.”

For someone who may have purchased a vehicle even in early 2021, it could now be a very valuable investment considering the re-sale value. In March 2020 the Sri Lankan government imposed a wide-ranging import ban, including for new cars, to stop foreign currency from leaving the country. However the policy has not been able to staunch the outflow of dollars, and has instead left the nation struggling to source critical goods.

The import ban has also left car parts in short supply, meaning drivers are at risk of being stranded after a breakdown. Ravi Ekanayake told AFP that his Colombo repair garage was doing a roaring trade from owners unable to afford the astronomical costs of switching to a new vehicle. He said:

“But parts are scarce. It is a catch-22: You either get caught with an old car without parts or you don’t have the money to buy a new car.” 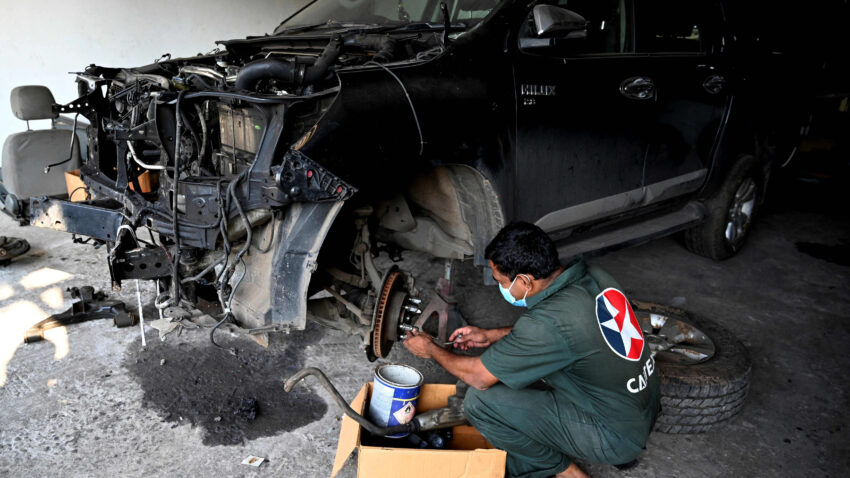 Commenting on the situation, the CEO of JB Securities, said “When vehicles become unaffordable for a segment of society, their activities will be limited. Then we will also see a loss of economic output. We are about to collapse and not many people appreciate the depth of the problem.”

Situation of Old & Used-Cars in Pakistan

While the situation of Pakistan is a lot better than Sri Lanka for sure, the state of automobile market and the prices of new cars for common buyers isn’t much different as most of the new cars have already become more expensive than residential property. And this has also effected the prices of used cars in the market, which are now available against a mind-boggingly expensive price tag. 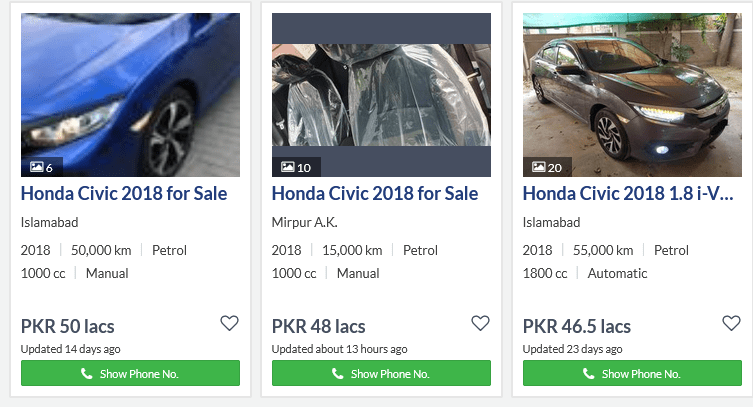 Hardly 3 years ago, the price of brand new Honda Civic Oriel was PKR 24.99 lac, today its available for PKR 56.49 lac. As a result the 2018 model Civic having around 50,000km on the odometer already, are now being bluntly asked for PKR 45.0 lac to up to PKR 50.0 lac in used car market & online classified websites. 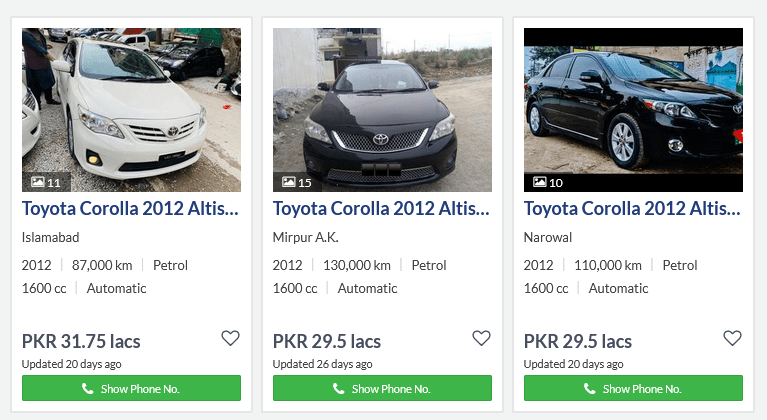 A decade old Toyota Corolla is being sold for around PKR 3.0 million, whereas Suzuki Mehran which was the cheapest new car of Pakistan in its time is being sold for more than PKR 1.3 million in used car market. Likewise, if you are short of cash and want quite an old used-car, almost 20/30 years old vehicles will also cost you a fortune.

Related: Car Financing Costs in Pakistan will Haunt You

With limited purchasing power and constantly rising prices of new cars, majority in Pakistan have already lost the ability to buy new cars, and cannot avail bank financing either due to a number of reasons discussed in our earlier article. And with used-car prices going high in tandem with that of brand new cars, the car buying options for Pakistanis are getting scarce each passing day. Will the situation improve in near future, only time will tell.