The proven recipe for any newcomer to venture into automobile manufacturing foray is to get the hands on an already developed or out-gone vehicle platform & start building the product. Gradually the dependency on the acquired platform is reduced and the companies are eventually able to come up with an indigenous product.

Malaysian automaker Proton started this way as its Saga was based on the Mitsubishi Lancer platform, other than Saga many other early Proton models were based on Mitsubishi, South Korean Daewoo started with most of its cars based on GM/ Opel platform. Kia, another South Korean automaker started with a mix of Ford & Mazda engineering while several Chinese automakers began with their own cars based on proven Japanese or German platforms which were either licensed or even pirated in most cases.

The latest of such examples is VinFast, the budding automaker from Vietnam which stunned the world with two of its fascinating models at 2018 Paris Motor Show. The cars– Lux A2.0 sedan and Lux SA2.0 SUV were designed by Pininfarina and were based on out-gone BMW platform while utilizing BMW sourced engines. The Vietnamese company is currently in process of expanding its foothold by entering into Australian and South African markets. 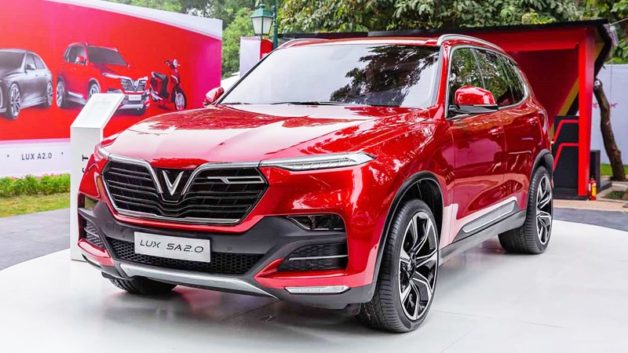 However in order to go mainstream, the automaker needed a product that could sell in numbers and help the company win buyers from the likes of Toyota, Kia and Mitsubishi it its native market, hence comes the VinFast Fadil hatchback. The car went on sale in Vietnam in June last year & has already started to post handsome numbers in terms of sales. VinFast sold 5,124 cars in the first quarter to rank 5th among auto brands in Vietnam, behind Hyundai, Toyota, Kia, and Honda with the Fadil hatchback its most popular vehicle. For an automaker that wasn’t even in the pictures hardly 2 years ago, the feat is indeed impressive. According to information, the Fadil accounted for 62% of the sales, while the Lux A2.0 sedan and the Lux SA2.0 SUV making up the rest. 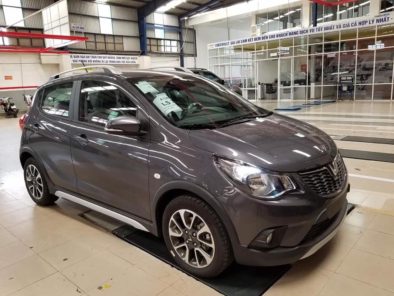 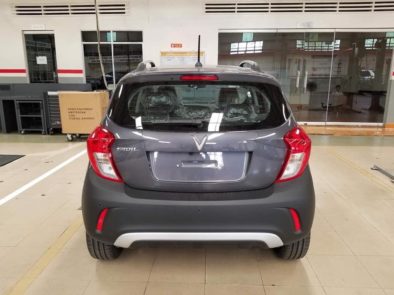 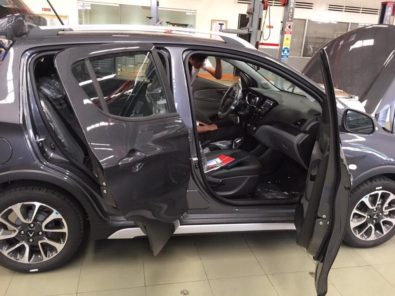 In terms of appearance, the Fadil may look familiar since it’s basically an Opel Karl/Vauxhall Viva with some cosmetic differences. In order to tap into the country’s thirst for crossovers, the Fadil is actually based on the Rocks version of the Karl/Viva, which features raised suspension, roof rails, grey plastic wheel arches and lower body cladding.

Measuring 3,676mm long, 1,632mm wide, 1,495mm tall, and riding on a 2,385mm wheelbase, the Fadil comes standard with a 1.4-liter four-cylinder petrol engine with 98hp of power and 128Nm of torque that sends power to front wheels via a CVT gearbox. Key features include 6 airbags, ABS with EBD, traction and stability control, roll-over mitigation, and hill start assist. VinFast, Vietnam’s first domestic automaker says it will eventually start exports hoping to be a top car manufacturer in ASEAN, making 500,000 cars per annum by year 2025. It expects to produce 100,000 to 200,000 vehicles per year in the first phase. VinFast already has a plant with a capacity of 250,000 cars and 250,000 electric bikes a year in the northern port city of Hai Phong.

Perhaps it’s time for us to stop being proud of just assembling cars in the name of manufacturing, and try acquiring a vehicle platform to build something on our own as a start.