Volkswagen has unveiled the ID. Aero concept, previewing the brand’s first global all-electric sedan. This is the sixth member of Volkswagen’s electric ID. family after the ID.3, ID.4, ID.5, ID.6 and the ID. Buzz.

This isn’t the first EV sedan by VW since e-Lavida which is based on the third generation Volkswagen Lavida hold’s that title, but that car is restricted to the Chinese market, hence the specific use of word ‘global’ with the ID.Aero. According to Volkswagen, China (which is the world’s largest EV market) will be the first to welcome the ID.Aero, the production version is expected to go on sale in Chinese market by the second half of 2023, with two versions planned – one for each of its joint ventures (FAW-VW and SAIC-VW). 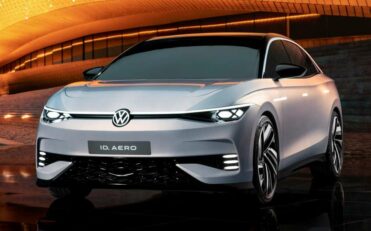 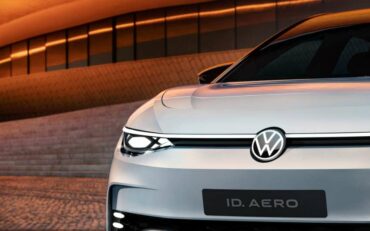 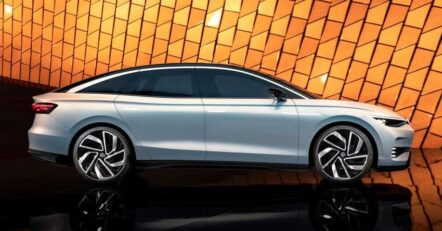 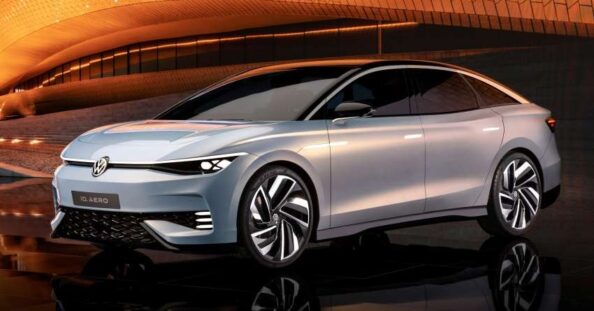 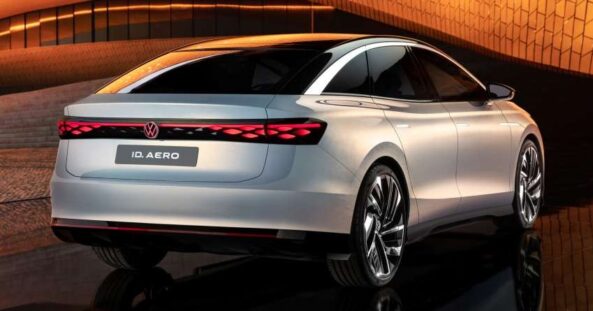 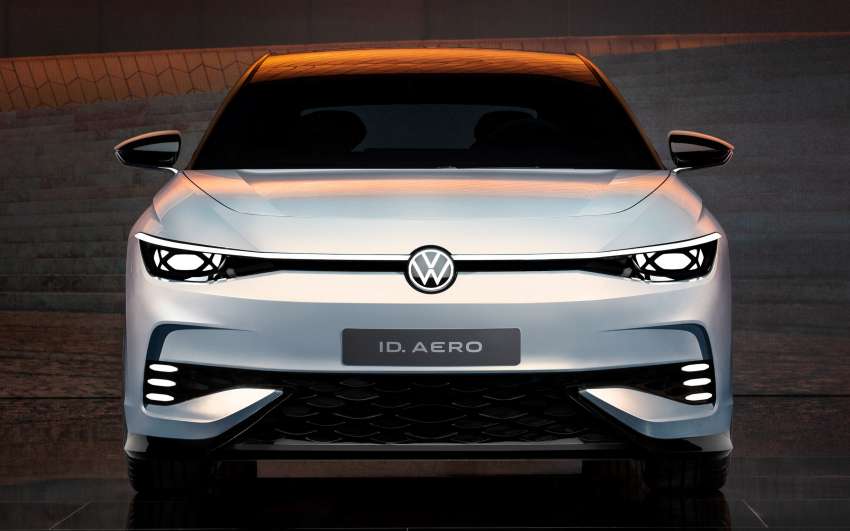 Volkswagen says the ID. Aero measures 5 meters in length (5,000mm), making it longer than current Passat model that spans 4,775 mm. Riding on the Modular Electric Drive Matrix (MEB) platform like its other ID. siblings, VW says it was able to implement short overhangs and a long wheelbase, enabling an “exceptionally spacious vehicle interior,” however interior images have not been shared as yet.

As for design, the ID. Aero adapts smooth surfaces and a coupe-like roofline that contributes to a low drag coefficient of just 0.23Cd. The ID. Aero’s lower apron at the front features a prominent intake and “tusks” that frame three lighting elements on either side of the bumper. Headlamps are slightly recessed into the body and are linked by an in-vogue light bar, with the same being replicated for the taillights at the rear. Other design cues include a chrome strip running on the top of the doors from A pillars to C pillars, lightly creased bonnet that blends into strong haunches at the front which sport a distinctive character line that stretches all the way to the rear to meet the prominent shoulders, fender vents and door handles with light strips, dual tone color scheme with black roof and 22-inch wheels. Volkswagen hasn’t shared details related to the electric motor at this stage, however according to the German automaker the ID. Aero will be equipped with a 77-kWh lithium-ion battery good for a driving range of up to 620 km as per WLTP standards.

Electric vehicles are rapidly becoming popular in key markets across the globe as fuel prices are sky rocketing and the prices of EVs are becoming more & more affordable over the years. While most automakers have already laid their plans to go all-electric within the next 10 years, analysts believe electric vehicles will become as affordable as conventional gasoline vehicles by 2030. With that we might also see the twist in global leaders of auto industry, as Tesla currently is the largest EV maker of the world with VW at the second place followed closely by BYD of China. However Volkswagen alongside Hyundai Group are the only conventional automakers fighting hard against dedicated EV makers with a comprehensive electric vehicle lineup while the likes of Toyota, Daimler, GM, Ford, BMW, Honda & Nissan are left behind in EV numbers.