Western Automakers are Eyeing up Indonesia, but Why?

Indonesia is an attractive automotive market for global players, with Japanese manufacturers like Toyota, Daihatsu, and Mitsubishi largely dominating the scene. European models are less present, but that is not stopping Stellantis-owned Citroën from launching its brand in the world’s 4th most populous country. So why is this emerging market becoming a growing importance to Western carmakers?

Related: Indonesia to Cut Tax on Property and Car Sales

The island nation is home to a number of car-manufacturing sites, primarily operated by Asian companies. In 2021, Indonesia produced about 889,700 passenger cars, up from 551,000 in the previous year. In Southeast Asia, it is among the largest automotive markets, while also boasting the biggest economy in the region. 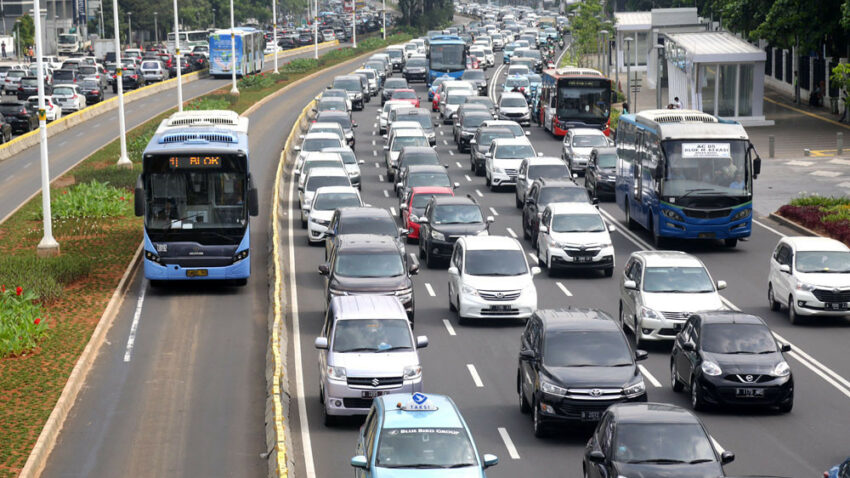 Indonesia’s population, which hovers around the 275 million mark, underlines its growth potential – especially as there are only 40 cars per thousand people, according to recently published data by market and consumer analytics company Statista. The fact that car ownership is low compared to neighboring countries makes Indonesia an appealing target for foreign brands looking to expand opportunities. Earlier this year, the nation’s industry minister, Agus Gumiwang Kartasasmita, said that the low level of vehicle ownership could offer distinct advantages to carmakers. He said:

“This is a very big potential for automotive manufacturers to invest in Indonesia because we will also accommodate it with policies that will support the investment.”

The government is increasing its investments in road infrastructure – which is not a straightforward task considering Indonesia is home to some 17,000 islands – and the wider automotive landscape. It is equally keen to draw in investments from abroad, not least to bolster the market for electric vehicles (EVs).

The time seems right for Citroen to enter Indonesia’s automotive market as vehicle sales increase, with significant demand potential. European carmakers such as BMW, Mercedes-Benz, and Peugeot only sell a fraction of vehicles compared to market leader Toyota, which sold around 295,770 vehicles there in 2021. But Citroen is ready to take on the task of building its brand in Indonesia. According to a Citroen spokesperson:

“Every brand has its own objectives and strategies to win the market. We had an in-depth market study beforehand and based on the insights, we have decided on the right products that meet the demand of most Indonesian consumers. We believe the heritage, the appealing design, the outstanding comfort, as well as the modern features that Citroën has will drive this brand to success in Indonesia.”

Citroen plans to roll out its first models in Indonesia in 2023. The model mix includes an SUV, a small car, and an EV, with the manufacturer initially offering the C5 Aircross, the new C3, and the ë-C4. Citroën’s initial model offer is not a coincidence. Family-friendly vehicles are among the best-selling cars in Indonesia, many of which are powered by fossil fuels. But the Indonesian government is also eager to increase the share of electric vehicles as air pollution in the country ranks among the worst in the world. 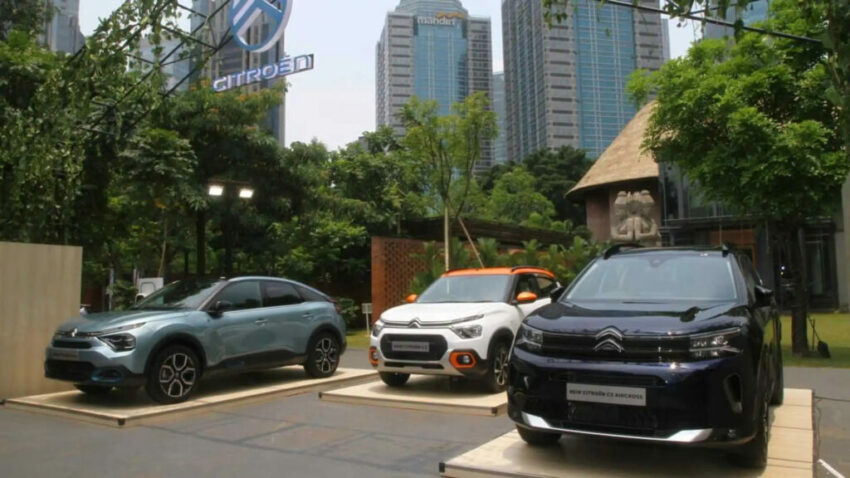 EV sales in the country have increased and to further generate interest among the population, Indonesia is looking to introduce game-changing EV incentives in 2023. Talking to Bloomberg, the transport minister of Indonesia, Budi Karya Sumadi, said the government aims to subsidize purchases of EVs in 2023 to make electric vehicles more cost-competitive. Popular EV models currently on sale in Indonesian market include Hyundai’s Ioniq5, Nissan’s Leaf, as well as Lexus’ UX300e, Toyota’s C+pod and Wuling Air EV of China. 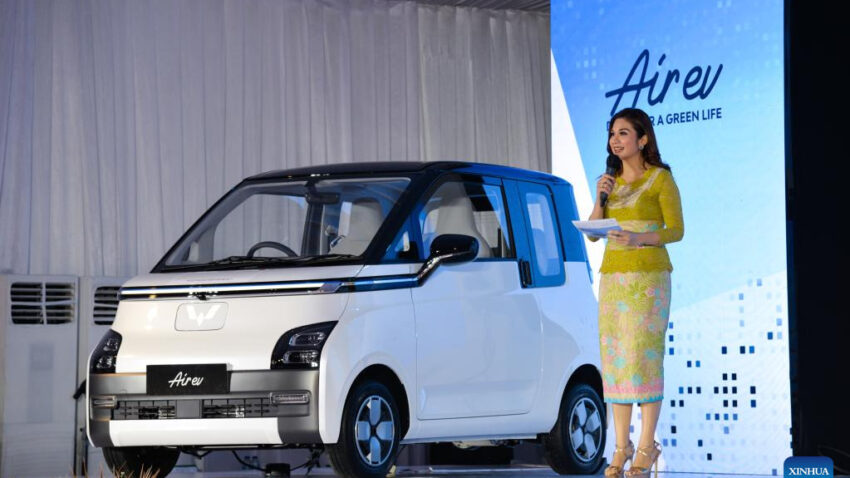 As the largest producer of nickel and a key supplier of cobalt and copper ores, Indonesia is also playing a significant role in the global EV transition. Supply-chain disruption caused by the war in Ukraine and COVID-19 restrictions in China have also highlighted Indonesia as a favorable location to secure and diversify supplies.

The government is hoping to turn the country into an EV manufacturing hub and is reportedly wooing Western manufacturers such as Tesla to build a production site in the country although this has not yet been confirmed. Meanwhile, Ford and partners have struck a deal with mining company Vale Indonesia this year to build a nickel chemical extraction plant. 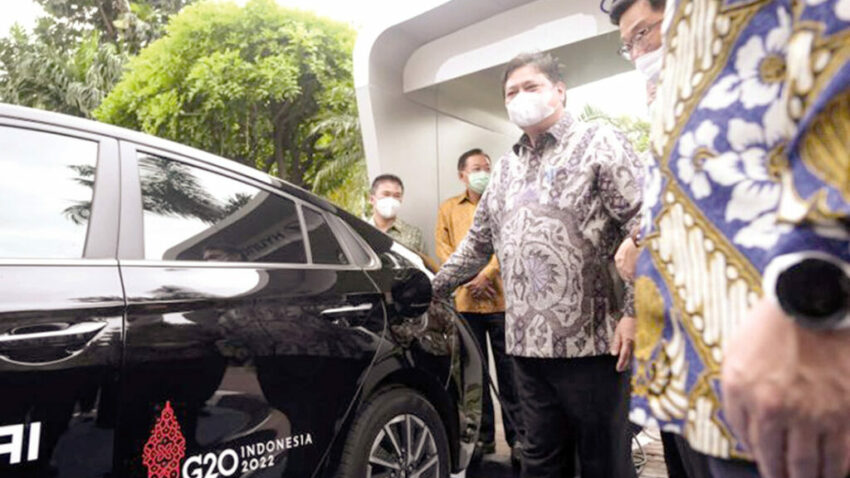 Joko Widodo, Indonesia’s president, is also eager to attract investments from European car brands. In an interview with German newspaper Handelsblatt, he said the country is the ‘ideal production location’ for carmakers. Widodo emphasized that prominent German brands such as Mercedes-Benz, BMW, and Volkswagen could move their EV supply chains to Indonesia, including nickel processing sites and EV battery production facilities.

The country wants to become more than a supplier of raw materials as it aims to build an EV ecosystem. While fully-electric cars claim a small share of the vehicle market and the number of charging stations remains in hundreds, the Indonesian government has come up with an electrification roadmap. It wants to locally produce more than 600,000 four-wheeled EV units by 2030. 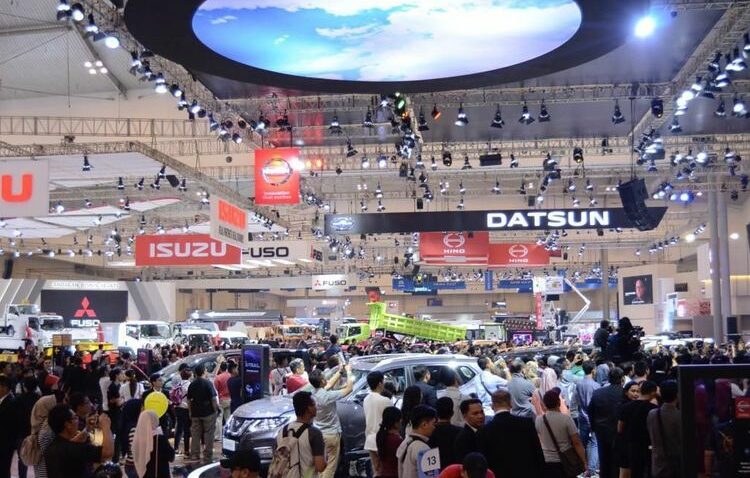 Although Indonesia’s EV market is still in its infancy, one cannot dismiss its growth potential. The country’s young demographic, its rich resources, and the growing rate of urbanization, alongside the government’s efforts to build awareness of electrification and offer incentives to foreign companies, are all important factors for Western carmakers.

Citroen’s presence in Indonesia might not shake up the market, but it is an indication that momentum is building and that Indonesia is increasingly attracting international attention in the auto sector.