Xiaomi has just beat Tesla to build a functional humanoid robot. Called as CyberOne, the humanoid robot was unveiled during a live event in Beijing. The robot was able to walk across the stage and appeared to communicate with Xiaomi CEO Lei Jun.

The design of Xiaomi’s CyberOne robot is said be largely similar to Tesla’s Optimus. Elon Musk said Tesla may have an Optimus prototype ready by the 30th September, and is expected to reveal more details on its robot at the forthcoming annual AI Day. Though Tesla’s Optimus reveal included a man in a spandex suit, Elon Musk have shared several pictures of the Tesla bot concept design already. 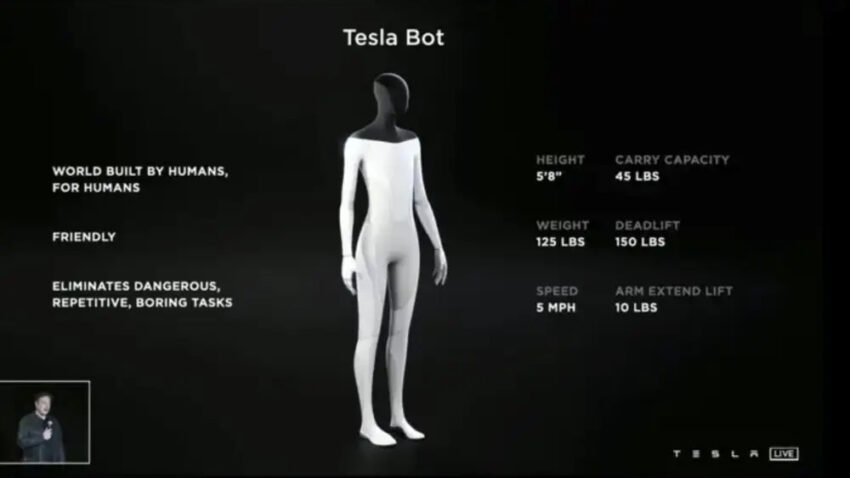 A spokesperson for Xiaomi didn’t comment on the similarities between CyberOne and Tesla’s Optimus designs. Much like Tesla’s Optimus, the CyberOne stands 5 foot 8 inches tall. The bot also has the same white and black minimalist design, including an LED screen instead of a face. Though, CyberOne appears slightly bulkier. Unlike Optimus, CyberOne also has mitten-like hands that can open and close to perform certain functions. 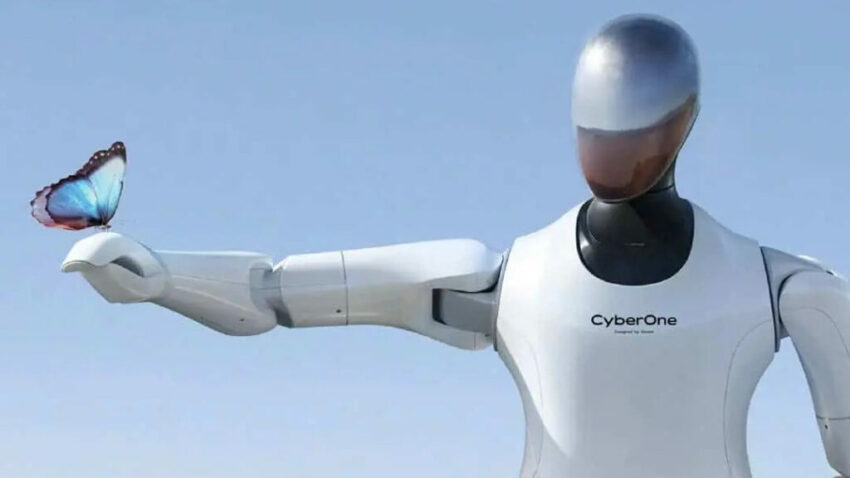 In its press release, Xiaomi said that the CyberOne bot has the ability to detect human emotion — a feature that Musk has explored, claiming the Tesla bot could eventually develop a unique personality and even become a human companion. CyberOne can move at a top speed of about 3.5 km per hour, whereas Tesla’s planned speed for the Optimus is 8 km per hour.

However unlike Tesla, Xiaomi does not appear to have any plans to turn the CyberOne into some kind of human butler. According to the Chinese company, CyberOne will “give birth to more application scenarios in other fields,” emphasizing that the bot will act more as a marketing tool than a major product. 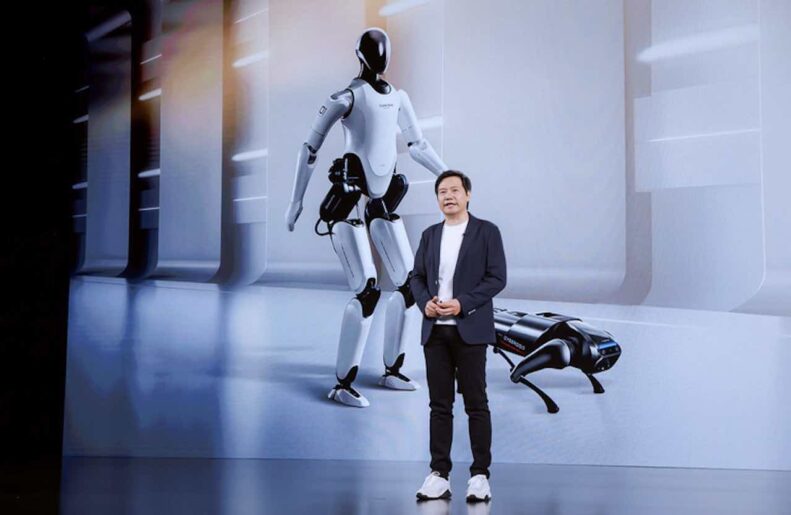 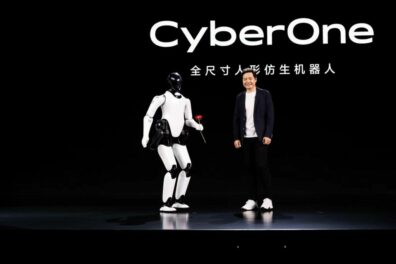 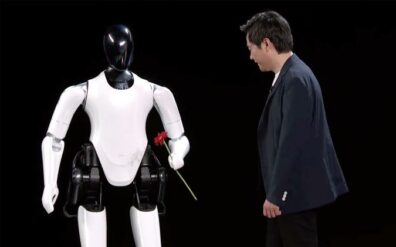 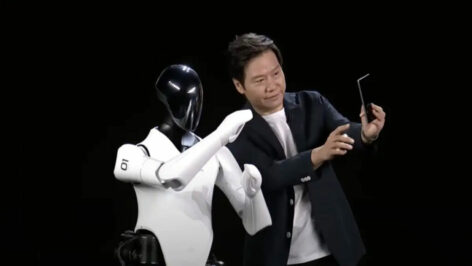 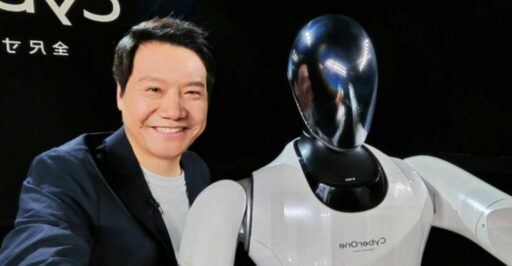 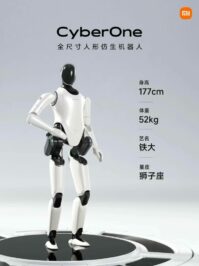 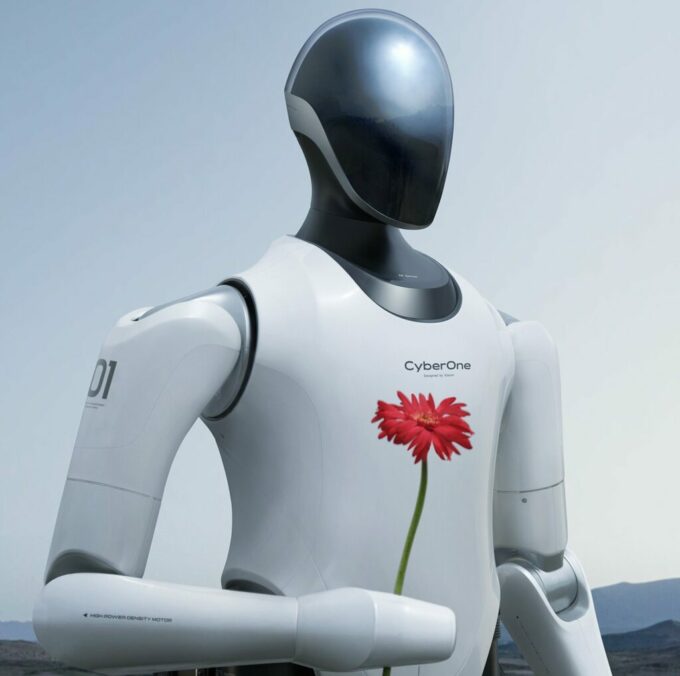 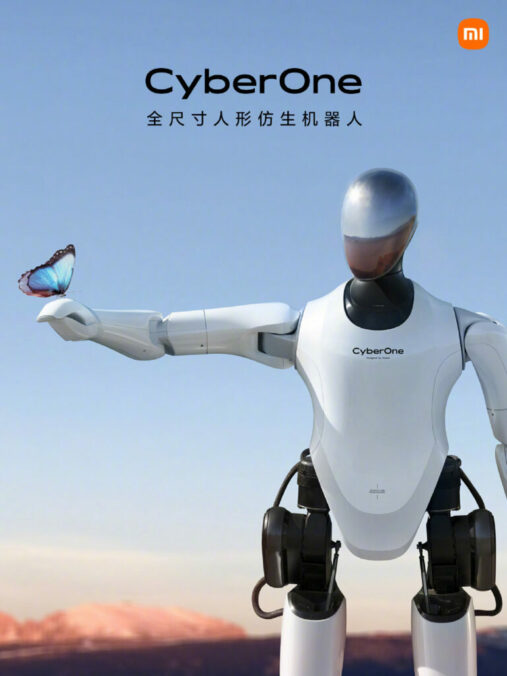