Javed Afridi has once again teased about the MG3 hatchback, the vehicle is among the most anticipated cars to be launched in Pakistan ever since Mr Afridi teased about a Rs 2.0 million price tag for the hatchback.

Earlier this year, Javed Afridi said MG will launch 3 new local assembled cars in Pakistan including the MG3 hatchback, however in his latest video posted on Facebook, Afridi has once again assured that the MG3 will be priced below 2 million. He further states that the MG3 is in final stages indicating an imminent launch of the vehicle in our market. The 19-second video clip shows various shots of the MG3 hatchback however no technical details have been shared as yet.

It will sure be very interesting to see how MG is going to price this hatchback below Rs 2.0 million mark when only the 660cc Alto is currently the only mass-produced car that fits within that bracket. A lot has been changed since MG3’s first “under 2.0 million” tweet in February 2021, including massive currency devaluation, rising shipping costs, added taxes and tighter bank financing amid volatile economic situation of the country. Cars such as the new Suzuki Swift which falls in the same league of that of MG3, cost Rs 3.3 million and is way above the teased price of MG3.

MG3 happens to be the smallest car in MG’s global lineup and is currently in its third generation which has been blessed with a couple of facelifts– the current iteration was released in 2018. It comes powered by 1.5L engine that is available in two guises– 105hp with 137Nm and 109hp with 150Nm while paired to 5-speed manual or 4-speed automatic transmission options. MG also has a downsized 1.0L three-cylinder turbo engine in its arsenal which is deployed with the ZS crossover in certain markets & there is certainly a possibility for the smaller turbo engine to be deployed with MG3 in our market.

However as mentioned above, no technical details have been officially shared by MG or Javed Afridi. Looking at the developments, our understanding is that a bone stripped variant might be offered to lure buyers into opting for the hatchback, whereas regular and top-spec variants will be priced higher according to market dynamics and competition. Still a new hatchback with decent looks & a price below Rs 2.0 million will be something straight from the heaven for the auto consumers of Pakistan. 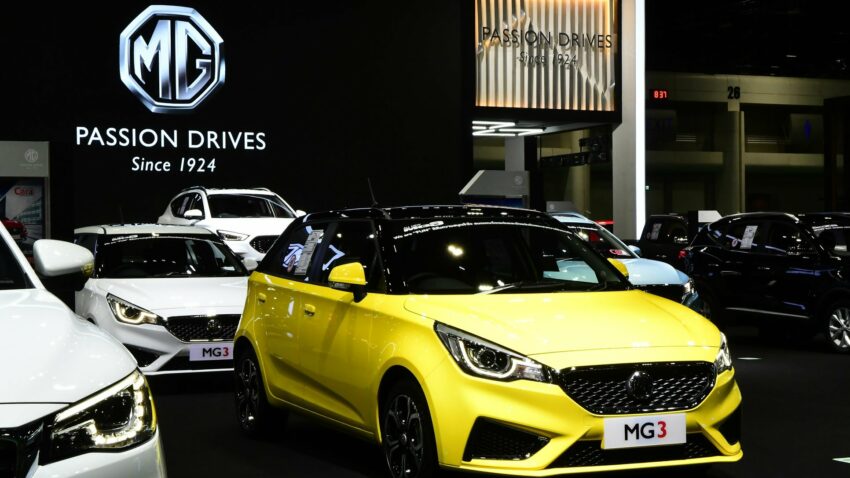 Whether Javed Afridi will be able to fulfill the expectations, or the 2 million price will just be a bait to grab massive bookings with a substantial price increase before deliveries– something considered as a common recipe of making big bucks in our market, we will have to wait to find out. What is your take on the latest MG3 teaser by Javed Afridi, let us know with your comments.