South Korean automaker Kia has revealed the 2018 Sportage facelift with deliveries set to begin later this year. The facelift gets fresh set of cosmetic and feature upgrades including a new mild hybrid diesel engine which is reportedly compliant with future emission standards.

The 2018 Kia Sportage facelift gets a new 2.0-liter EcoDynamic+ 48V mild-hybrid turbo diesel engine. With this Kia becomes the first manufacturer to offer plug-in-hybrid, battery-electric and 48-volt mild-hybrid technology across the model lineup. The automaker has also introduced the new 1.6-liter diesel engine that comes as a replacement to the existing 1.7-liter CRDi diesel engine. Claimed to be the cleanest diesel engine it will be offered in two states of tune – 113bhp and 134bhp. The seven-speed dual-clutch transmission powers all four wheels. 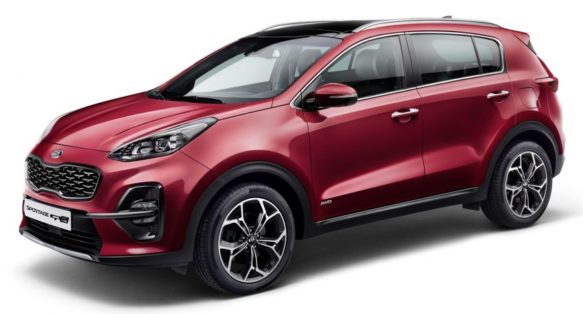 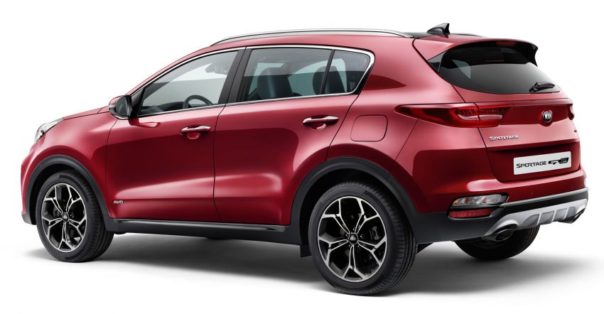 As far as the exterior is concerned, the new Kia Sportage gets revised front and rear bumpers along with updated headlamp and taillight designs. The crossover gets new alloy wheels, metallic skid plates and chrome sill trims. The GT line of the Kia Sportage facelift gets 19-inch alloy wheels, trapezoidal air vents on the bumper, and revised ‘ice cube’ LED fog lamps. As for the interior, the Kia Sportage facelift gets black and grey dual-tone upholstery and revised instrument cluster. The GT line offers the optional black leather with red interior accent. Customers can opt for either 7″ touchscreen or an 8″ touchscreen infotainment system. The vehicle also gets advanced driving assistance systems including Smart Cruise Control with Stop and Go, Driver Attention Warning and Around View Monitor for easy parking.

The Kia Sportage facelift will go on sale in Europe in Q3 2018, which is the biggest market for the SUV. Kia sold more than 131,000 units of Sportage last year, which is a quarter of the brand’s total European sales.