Al-Haj Automotive having teamed up with Malaysian automaker Proton is in process of setting up its assembly plant in Karachi. The facility will reportedly be ready for production by June 2020 and would have an annual capacity of 25,000 units.

The first product to be offered in Pakistan by Al-Haj Proton venture will be the 1.3 liter Saga sedan. The company will reportedly begin selling CBU version of the Saga sedan by the second quarter of 2020. Furthermore, it will be the new & improved Saga facelift that was recently launched in Malaysian market. 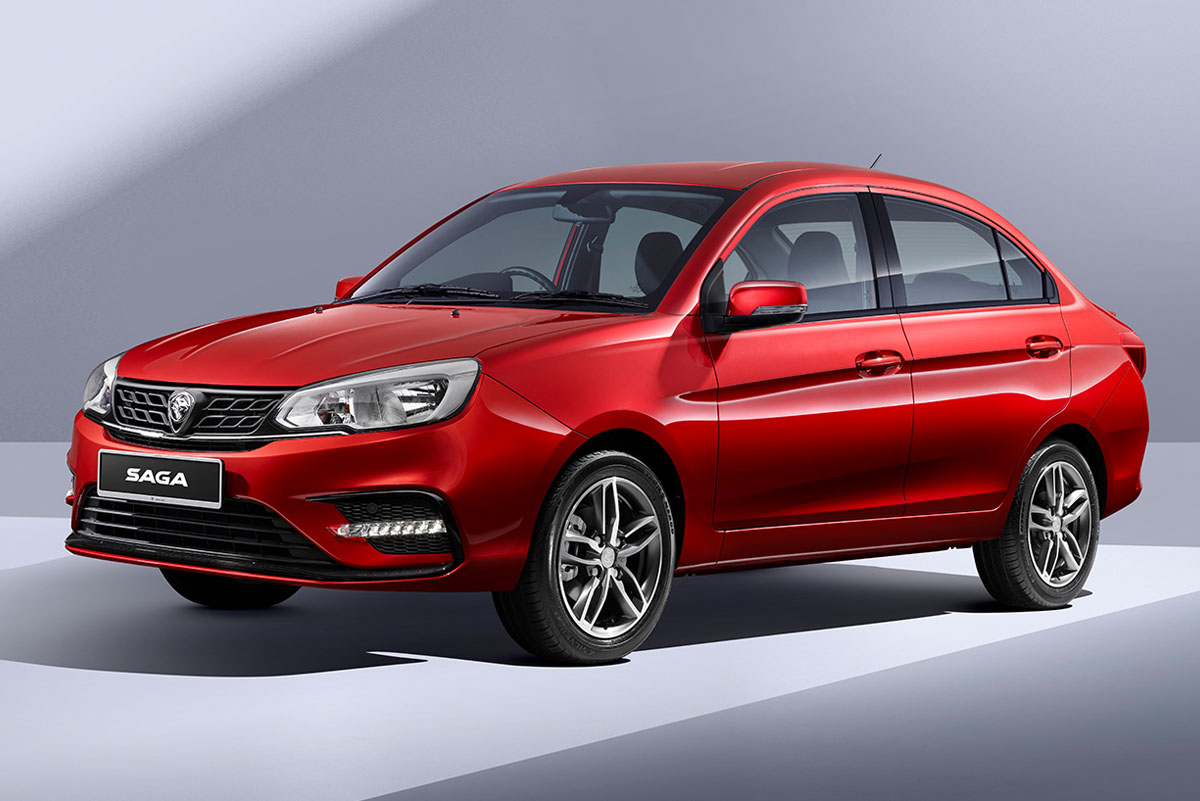 The 2019 Proton Saga facelift gets design revisions that enhance its appearance.  Having come under the influence of Geely, the new breed of Proton cars gets the new signature “Infinite Weave” grille design, and so does the new Saga.

The new front bumper integrates larger air intakes for a bolder look, while the fog lamp housing is now accompanied by horizontal LED daytime running lamps. The rear end of the 2019 Saga facelift gets simpler taking inspiration from its bigger brother, the Persona. 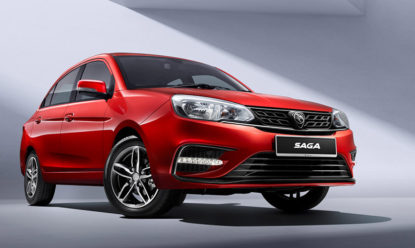 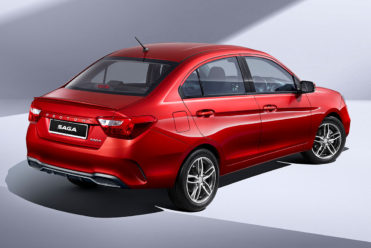 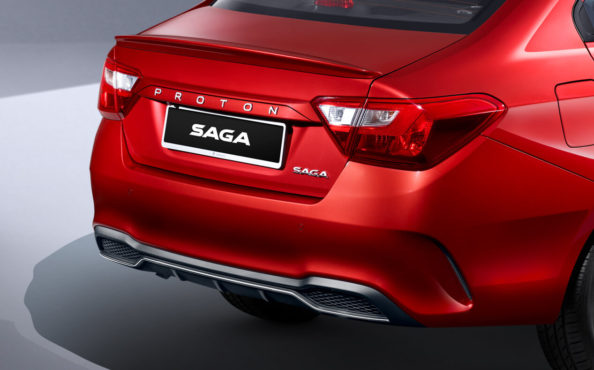 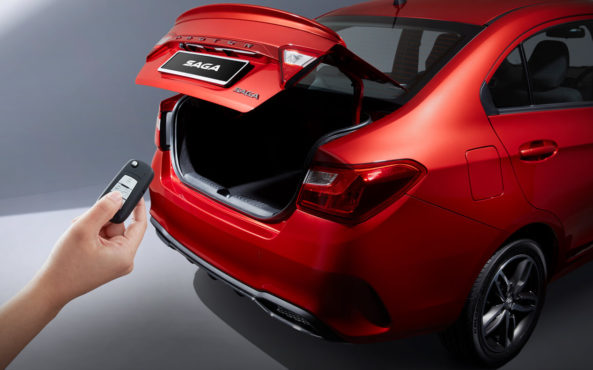 The Proton badge and chrome bar above the number plate is now replaced by a spaced out Proton script as seen on all new Proton models. The rear end gets trunk-embedded spoiler, the new bumper incorporates a diffuser while there is no central rear fog lamp on the lower section of the bumper. 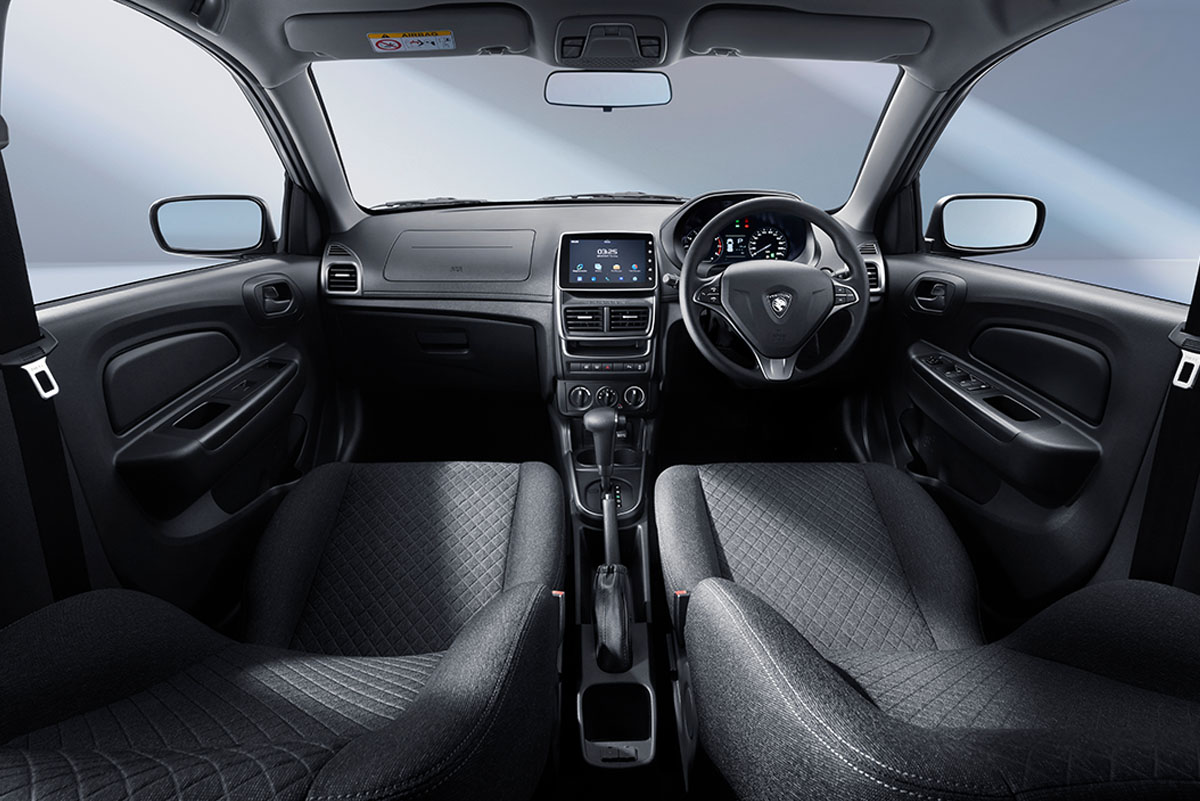 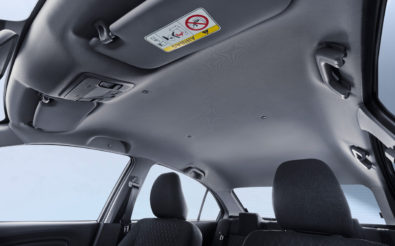 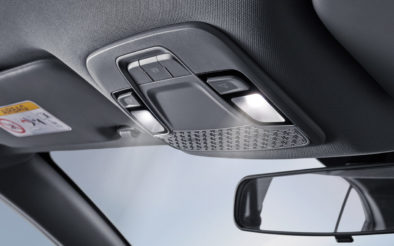 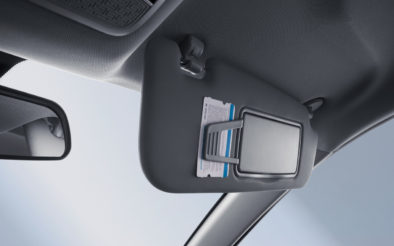 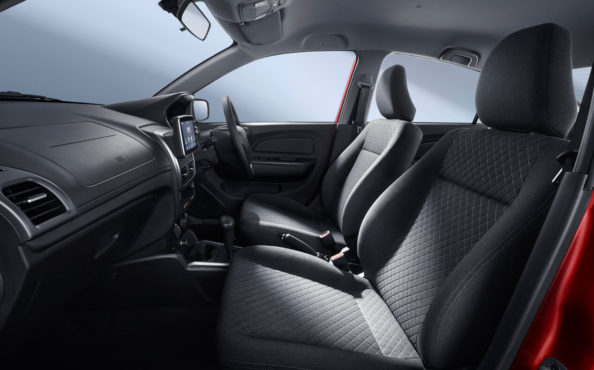 Inside the 2019 Proton Saga facelift gets new higher quality Tricot headlining, new map lights with LED bulbs, new sun visor with ticket holder & vanity mirror, new seat upholstery and new grab handles. Although the dashboard layout remains unchanged, the center stack has been modified. Plus the instrument cluster gets a multi-information display between the dials. Illuminated with white backlights, the new display shows which doors are open, average and real-time fuel consumption & range and two trip computers. Proton claims improved NVH levels and a quieter cabin for the Saga facelift. 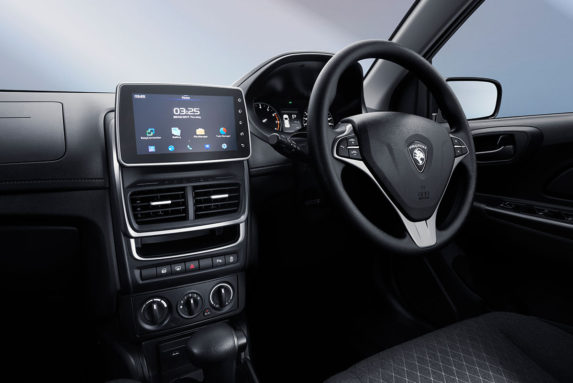 The Saga facelift gets new twin-five-spoke 15” alloy wheels. Although the rim and tire size is unchanged, the new Saga wears PCD114 rims instead of PCD100 as in pre-facelift models. For those who love to soup up their cars with new wheels will find this useful. Furthermore, the front brake discs have also been updated, which are an inch larger than before and comes straight from the new Iriz/Persona. The premium versions of the 2019 Saga facelift gets electronic stability control (ESC) as well as hill-hold assist. With this, the Saga becomes the cheapest car in Malaysian market to offer these features. Dual airbags and ABS with EBD & Brake Assist comes fitted as standard across the range. In addition to the 5-speed manual, the 2019 Proton Saga facelift gets a new Hyundai-sourced 4-speed automatic transmission which replaces the CVT gearbox offered with the pre-facelift models. This is because Proton’s parent Geely is already using this 4AT gearbox in China and is considered as a proven unit. Although the gearbox is sourced from Hyundai, the programming and testing is said to have been done by Proton’s engineering team.

With all these improvements the prices of Proton Saga facelift in its home market have come down. The new Saga comes in three variants- Standard MT, Standard AT and Premium AT and is approximately RM 2,000 (PKR 74,400) cheaper than the pre-facelift models.

The 2019 Proton Saga facelift is getting an over-whelming response in its home market. Whether it will receive the same reception here when launched, we will have to wait to find out.