Al-Haj FAW is celebrating a significant milestone of delivering 25,000 units to its customers across Pakistan. In order to commemorate the achievement, the company is offering an 85,000/- discount on the Carrier Plus pickup that comes equipped with power steering. The offer is valid for first 250 Carrier Plus units. 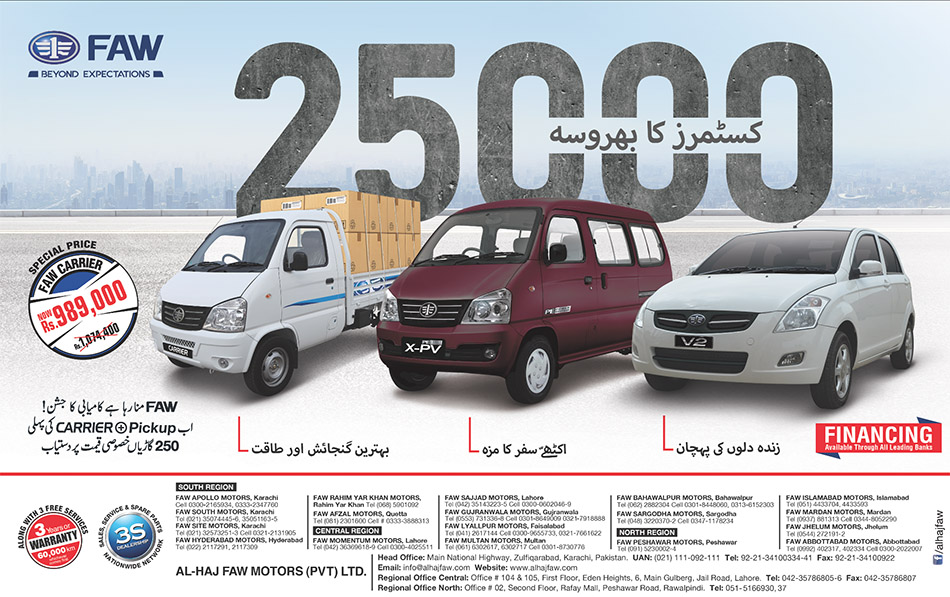 Al-Haj FAW Motors was incorporated as a Private Limited Company in October 2006. Started with two variants of heavy duty trucks, the company currently offers multiple variants of 1.0L FAW Carrier pickup, 1.0L X-PV passenger van and 1.3L V2 hatchback, all of which are being assembled locally.

The company started its operations in Pakistan with 7 acres of land in 2006, whereas it now has an operating land of nearly 35 acres. During all these years it has injected heavily on the assembly plant near Zulfiqarabad Karachi with focus on a new paint shop, ED coating plant, extended warehouse facilities and modern assembly line. FAW also has more than 20 authorized 3S centers across Pakistan.