The Queensland Police Service (QPS) in Australia have deployed the 2018 Kia Stinger as their own sporty police pursuit cruisers. 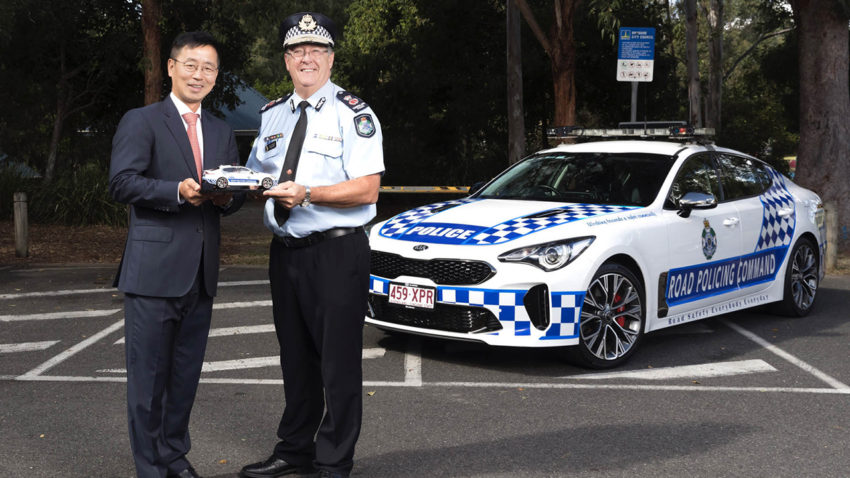 The QPS Commissioner Ian Stewart while taking delivery of the Kia Stingers said:

“This is a very important day for us. We needed a special product to do a job for us, and that is what we have here. A wonderful product.”

The first batch of 50 Kia Stingers will be rolled out across Queensland from this week. Eventually, the entire fleet of approximately 200 highway patrol cars in Queensland are expected to switch to Stingers.

Assistant Commissioner of the Road Policing Command, Mike Keating, described how well the Stinger did in what is reported as an “extensive” evaluation process:

“The Stinger performed very well in all areas and we had nothing but top reports from all the field officers…The result is a road policing first for us, the first foreign car to perform these duties.”

Other states and territories in Australia are still evaluating highway patrol car replacements but Kia is understood to have been actively pursuing the police fleet business – snatching it from under the noses of Holden and Ford who dominated the law enforcement market for decades. Kia is understood to have made the necessary modifications to its vehicle to make it suitable for police work. 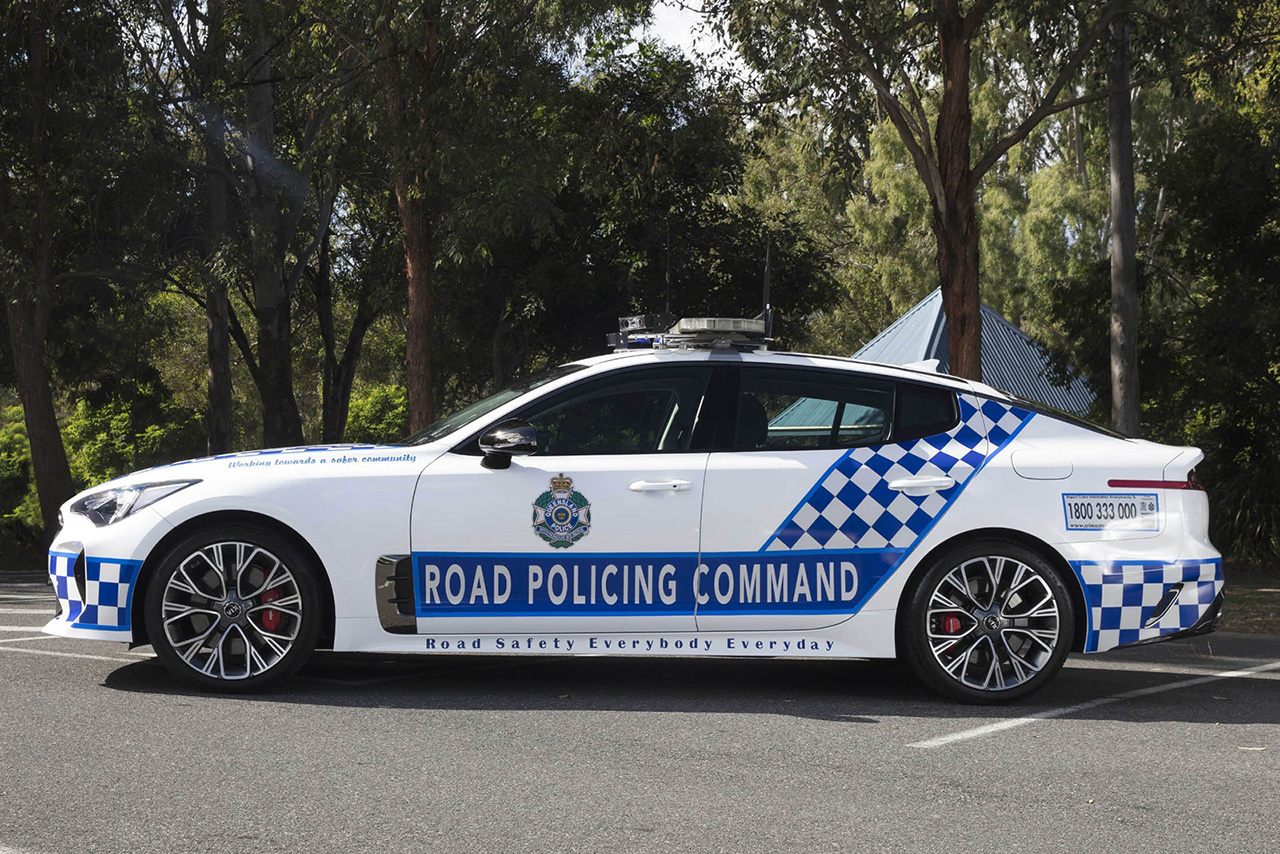 The Chief Operating Officer of Kia Motors Australia, Damien Meredith, said the policing role for the Stinger was “a watershed moment” for the brand.

“This level of public exposure and endorsement from a high profile government utility is something which wouldn’t have been on the radar just a few years ago.”

Meanwhile general duties police across Australia will likely continue to use Toyota Camry sedans, and Hyundai Santa Fe and Kia Sorento SUVs. Holden and Ford, which had the lion’s share of police business across Australia for nearly half a century, have all but been stripped of their stripes. 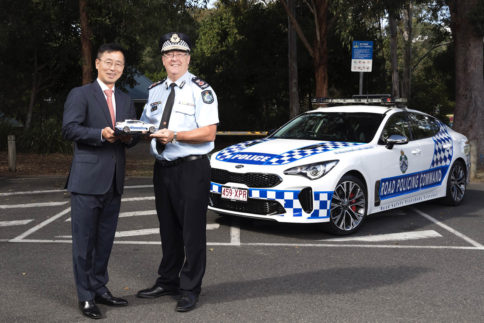 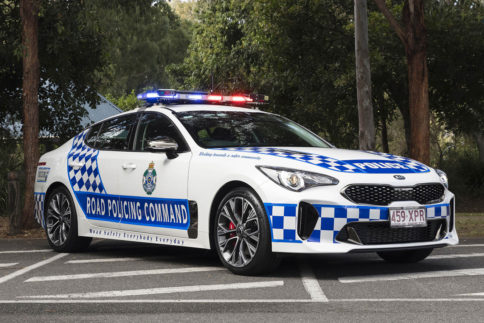 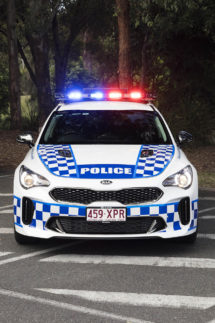 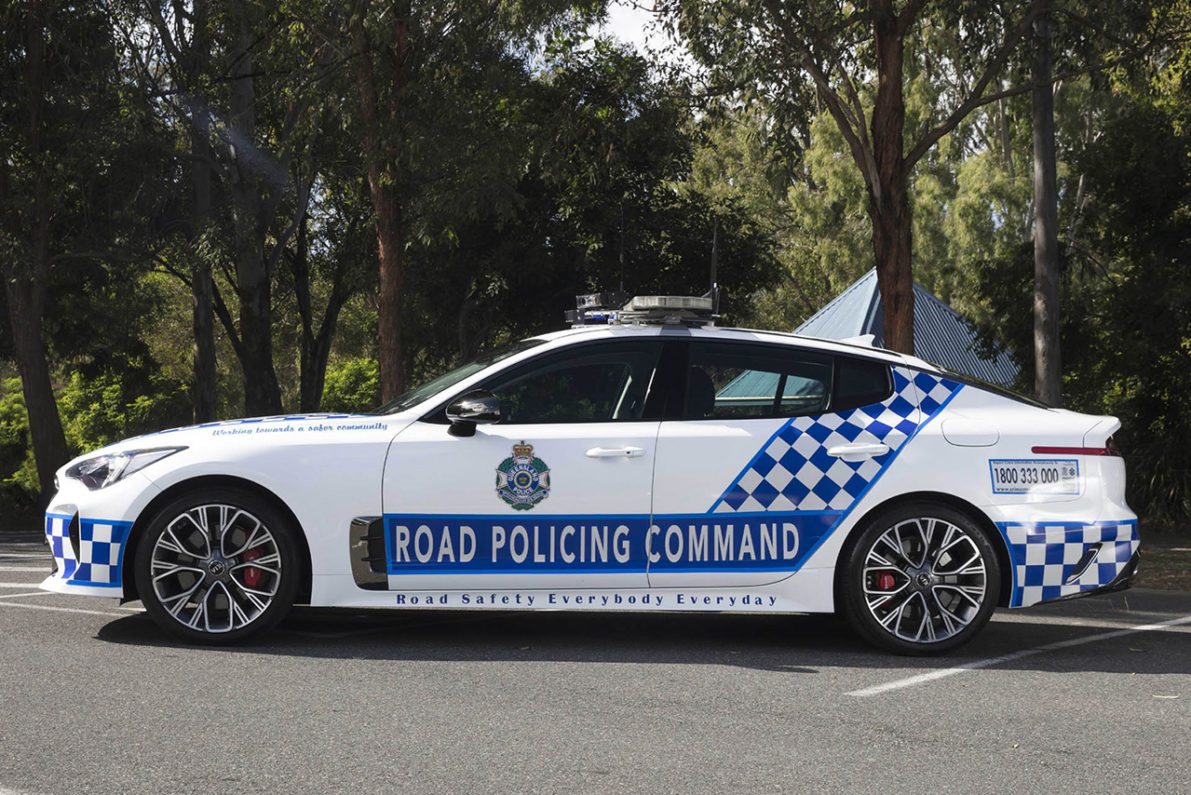