An exchange of documents for a Licensing and Technical Assistance Agreement between Proton Holding and Al-Haj Automotive Private Limited was conducted today, the 26th of April 2019. 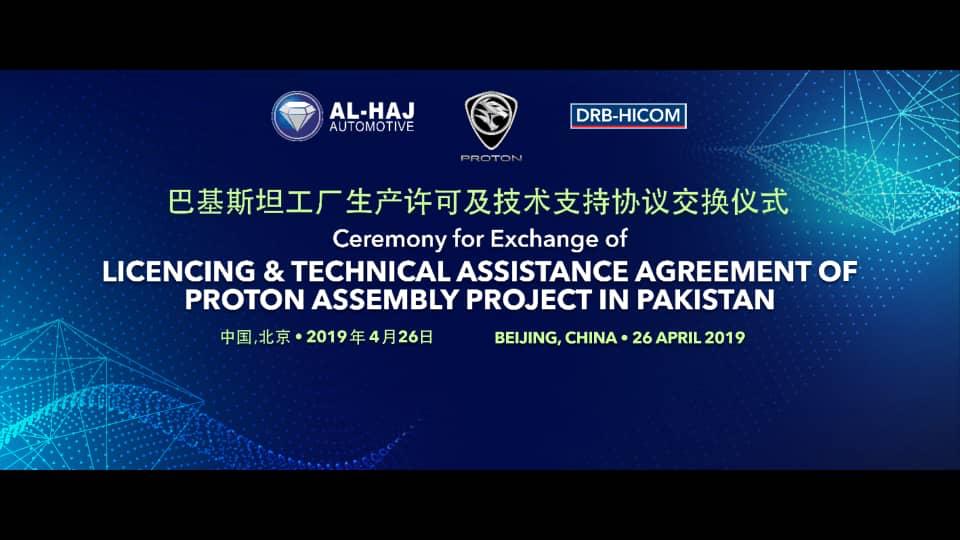 Both companies were represented by their senior executives. Dr Li Chunrong, CEO of Proton Holdings, and Mr Bilal Khan Afridi, Managing Director of the Al-Haj Group.

The exchange of document follows the previous announcement by Proton Holdings and Al-Haj Automotive Private Limited to develop a manufacturing facility for Proton vehicles based in Karachi, Pakistan. A symbolic ground breaking ceremony was conducted on the 22nd March 2019 in Islamabad, Pakistan and was presided by the most honorable Dr Mahathir Mohammad, Prime Minister of Malaysia, as well as the most honorable Mr Imran Khan, Prime Minister of Pakistan. 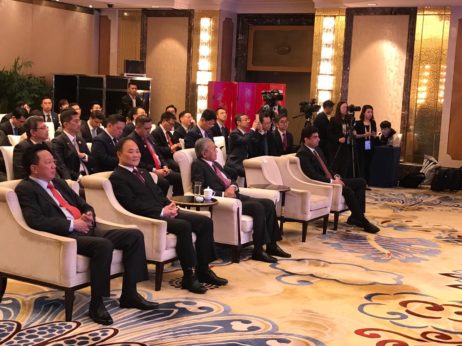 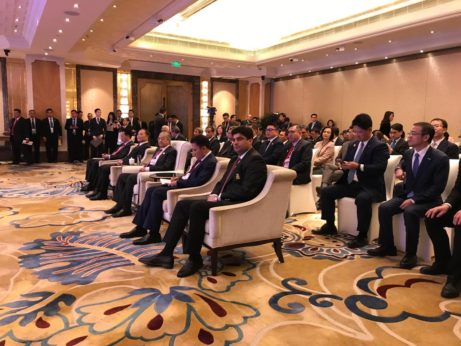 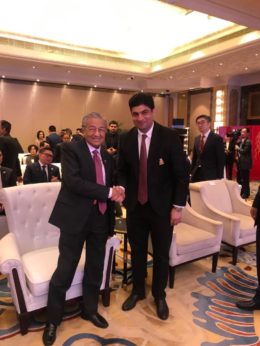 The manufacturing plant will sit on a 55 acre site in the port city of Karachi. Its construction requires an initial investment within USD 30 million. The facility will be ready for production by June 2020 and would have an annual capacity of 25,000 units.

The manufacturing plant would allow provide Proton with improved access to the growing Pakistan automotive market. The plant would also directly create 2,000 direct jobs and 20,000 indirect jobs through other areas such as local vendors.

Proton Holdings is a joint venture between DRB Hicom and the Zhejiang Geely Group. Al-Haj Automotive Private Limited is a subsidiary of the Al-Haj Group, a conglomerate with diverse business interests such as automotive, oil & gas, logistics and estate businesses. Al-Haj has been associated with different Chinese and Korean Automobile companies since 2006 and has established a reputable name with vast experience in Assembly and distribution of Automotive products in Pakistan.