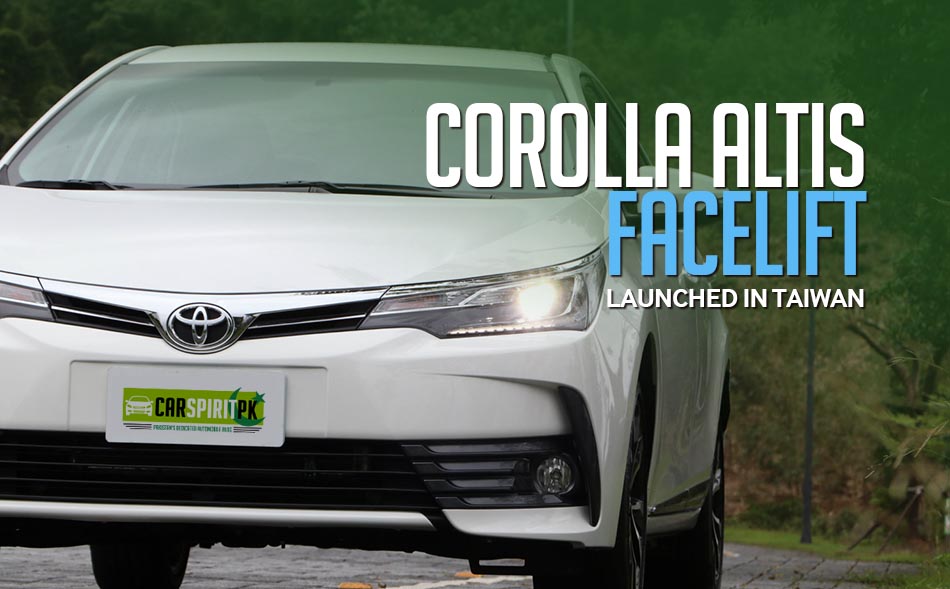 The Toyota Corolla facelift has started to replace the existing model in various markets, In Russia the facelift is already in production while a couple of weeks ago, there were images from Thailand showing the Corolla Altis facelift. Now the facelift model has been launched in Taiwan and looks gorgeous in Super White color!

The 11th generation of Corolla, the world’s best-selling car was launched back in 2013 and it was about time for the facelift to carry on the success of this generation for another 2/3 years before the 12th generation replaces it. Toyota has already started testing the 12th generation Corolla which will be based on TNGA platform and will likely make its debut in 2019.

The new Corolla facelift adopts a slightly more contemporary design with sharper elements and aggressive touches. It features sleeker LED headlamps with new LED light guides, thinner upper grille with a chrome garnish, a full width lower grille that houses round fog-lamps. The changes at the back are less significant as compared to the front. The chrome strip is thinner and the tail-lamps adopt new LED clusters.

The facelift will get new set of wheels as well as new colors added to the palette. Changes are minimal inside the 2016 Toyota Corolla. The HVAC (Heating, Ventilation and Air Conditioning) controls have been re-designed with better lighting, while the HVAC vents on either side are now round in shape. Build quality of the materials and upholstery is also said to be improved.

There is no official word from Indus Motors regarding the launch of facelift Corolla in Pakistan. However it is speculated that the facelift may arrive in the second half of 2017. In the meantime, enjoy the gallery below..