The Toyota Prius Plug-In, like all it’s brothers and sisters, is still a Prius. It has an engine and an electric motor; the only difference being this Karachi ki Nihari of a car has heavier, more expensive batteries than the other variants which make an already economical car even more economical. Also unlike other variants of the Prius, this can be plugged into an ordinary 220 volt socket that will charge its batteries in no more than one and a half hours. 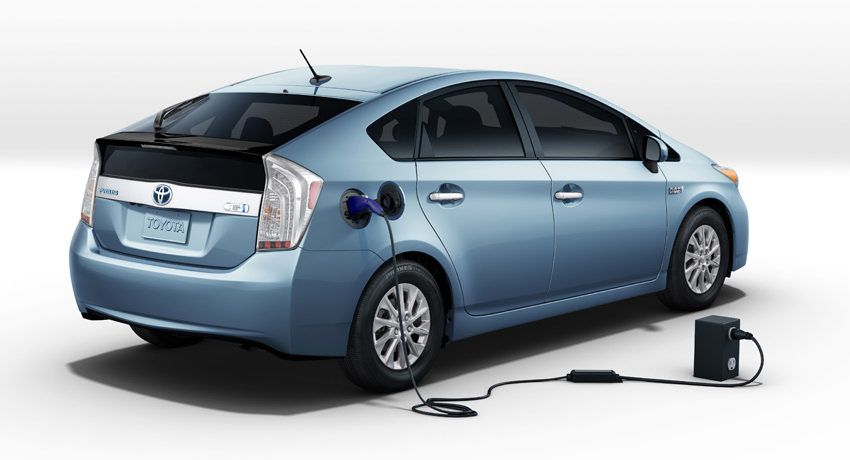 Why Would You Buy The Toyota Prius Plug-In?

Let’s just get this out-of-the-way. This car is by no means a race car. You wont be tearing up that 1/4 mile drag strip in under 6 seconds or clocking 0-100 times in single digits (it takes 12 seconds; so basically a year).

Our main focuses with this car were: 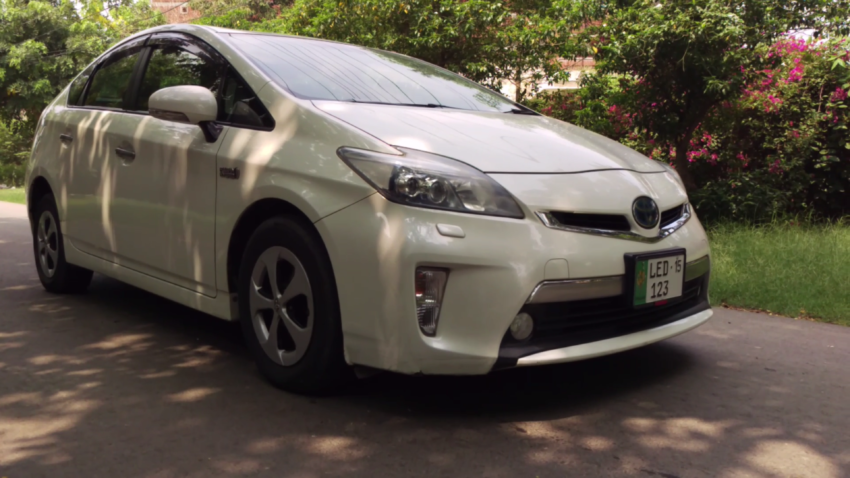 We talked to the owner who had kept it very well maintained. The car was 5 years old and had 98,000 km on the dial. Despite that, the car still ran like a b on wheels. It has a 1.8L 94 HP engine and an electric motor which give it a combined 134 HP. It comes with an CVT transmission standard across all models so gear changes are pretty much seamless. Road grip was okay at best. The batteries in the Plug-In variant of the Prius add 150 kg and although this did give the car better mileage, that extra 150kg does ultimately increase the stopping distance (“momentum” -science).

Climate control, suspension, seats they’re all great. One thing we really liked was that the driver’s seat had electronic adjustments and setting and even the lumbar support could be electronically changed based on your lumbar needs.

Related: Is Ciaz Turning Out To Be Another Pak Suzuki Flop?

In terms of ground clearance, it’s alright but it will, at times, drag its 1.5 ton belly across some speed humps especially when you have three adults sitting in the back (or if you’re secretly transporting an elephant). There’s ample leg room and in the back even with the front seats rolled all the way back. It can comfortably seat 5 people and it has ISOFIX anchor points for baby seats. The boot is pretty big on its own but the seats can be folded down and then… it becomes big enough to house the population of the entire Island of Japan.

The Prius, like all imported cars, has expensive spare parts. People’s biggest concern with hybrids is the batteries that go ‘meh’ after a while. Good news with the Pug-In hybrid though, its batteries have an 8 year warranty. We aren’t clear if it can be claimed in Pakistan though. Things like oil and air filters,cost about the same as Toyota’s Corolla air and oil filters. 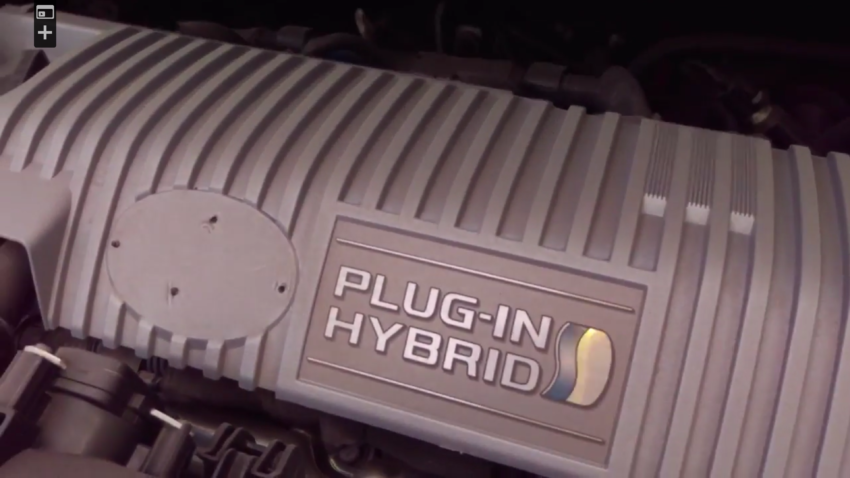 The drive was pretty good actually. It had no problems overtaking people in the city and the CVT gearbox ensures there aren’t any un gratuitous downshifting growls or jolts when you press down on the accelerator. Fuel economy is the car’s biggest selling point so how did it do? Despite our rigorous testing in which we used its power mode (sport mode) multiple times to accelerate to 100, it still managed to achieve 19.3 km/l and when we drove it like a very bored tortoise, it gave us a blistering 27.1 km/l. But when the batteries got drained, the engine had to recharge them which brought the mileage to a mere 21 km/l. In EV mode, it can go 20 km on a full charge which is enough for ordinary in-city tasks. The Prius is the only car we’ve tested that gives better mileage in cities rather than on the highway; it’s rated to do 2 km/liter less on the highway. It also comes with cruise control to make driving on the highway easier.

Things We Missed in The Prius Plug-In

It’s the same story with most hybrids: It doesn’t come with any form of spare wheel not even a space saver. The repair kit is very complicated to operate and even Toyota says it only works for 90% of punctures so good luck with that.

The previous generation of the Toyota Prius Plug-In costs around PKR 2.5 million and for that money we would say that it’s definitely worth it. For the same amount of money you could get a Toyota Corolla Grande CVT or a Honda Civic Oriel but the Prius beats them in pretty everything from fuel economy to, most importantly, safety because it comes with 6 airbags as standard while both the Pakistan assembled Civic and Corolla only come with 2. it will, however, depreciate faster than the Corolla and Civic.

So, if safety and fuel economy is your biggest concern, you absolutely cannot go wrong with the Prius Plug-In.