ECC Allows Car Imports- Duty to be Paid in Dollars

The Economic Coordination Committee (ECC), the topmost government body on economic decisions, has approved a new policy on the import of vehicles. Under this policy, the duty and taxes on all imported vehicles, whether new or used, will be paid in US Dollars.

According to an official of the ministry of finance, the decision has been taken to support State Bank’s foreign exchange reserves, which stand at $7 billion. According to the decision, the expats will have to arrange for dollars to pay this duty while local recipients will require bank encashment certificate, showing conversion of foreign remittances to the local currency.

The personal baggage or gift scheme allows expats to bring home the cars they bought in a foreign country or gift them to friends or family in Pakistan. But this scheme was previously misused by traders who have turned it into a business by importing multiple cars on one passport for commercial purpose. Importing cars result in drain of dollars and inflate our import bill, something the government cannot afford because of a large trade deficit. 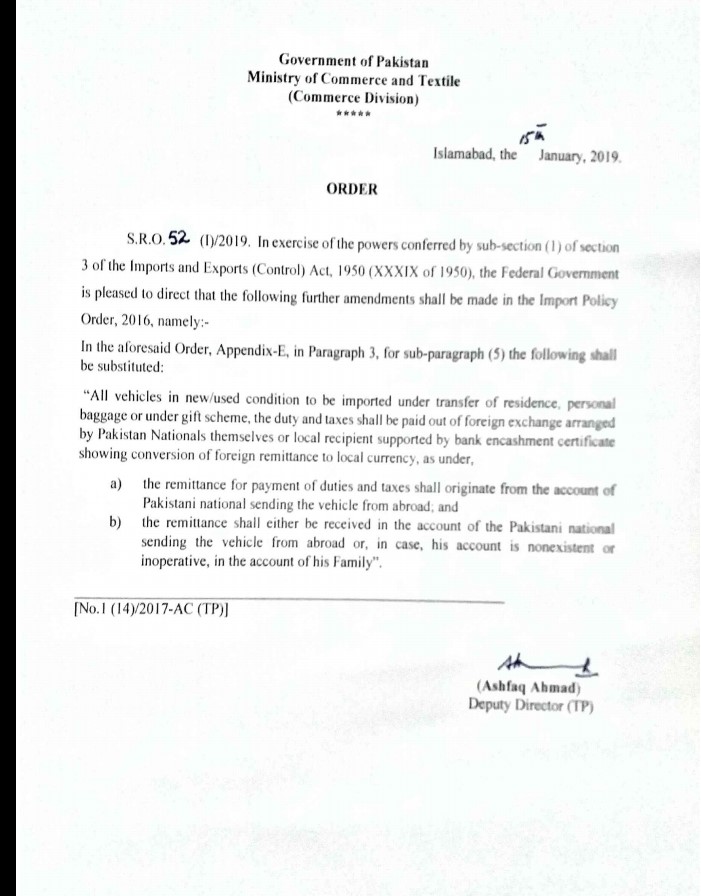