United Motors have successfully started to assemble its Bravo hatchback locally. The rollout ceremony of the first local assembled unit was held at United’s plant on the 26th of November 2018.

Ribbon was cut by respectable mother of the CEO of United Motors, Mr. Sana Ullah Ch, along with Mr. Zaka Ullah Ch, Mr. Abaid Ullah Ch and Mr. Zia Ullah Ch. On this occasion, Mr Sana Ullah Ch thanked Allah the almighty and expects that the product is going to do well in the market.

Officially launched on the 8th of September the initial lot of Bravo units comprised of CBU imports, however the company had indicated that the locally built units will be delivered by December. So United has remained true to its commitments. 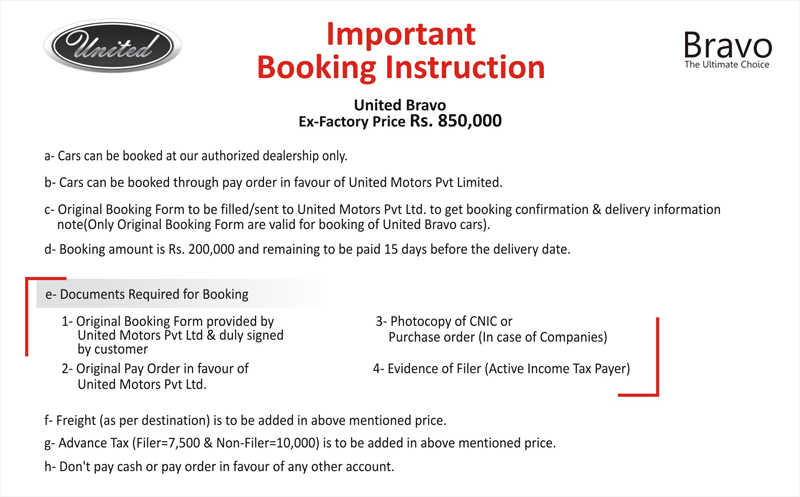 Bravo priced at PKR 8.5 lac is currently the only hatchback available within 1.0 million price bracket. Pak Suzuki is expected to introduce their 660cc Alto as a replacement of Mehran by Q1, 2019, the base variant of which is expected to be priced below 1 million. Stay tuned to CarSpiritPK for more updates.