Geely Group has surpassed Renault and Peugeot Citroen in the competition for purchasing Proton Auto. It’s said that Geely is expected to obtain 51% holding shares of Proton, the largest auto manufacturer in Malaysia. The successfully achieved transaction will provide access for Geely to obtain Proton’s production line in Malaysia. As a consequence, vehicles produced by the line will enter 62,300 million population ASEAN market duty-free.

But there is a question that why Malaysia government would like to allow a foreign company to obtain Proton’s holding shares. In fact, Proton was established in 1983 in response to Malaysia’s national auto development plan. In 1986, Proton’s products with displacement less than 1.6L occupied 64% of domestic market, which were still in short supply. However, Proton met huge losses in trying to export the product into American market. Afterwards, Proton faced a more difficult situation when Malaysia’s second largest domestic auto company introduced advanced engineering technologies from Toyota and ended Proton’s monopoly in domestic market.

Intensified domestic and foreign competition made foreign dealerships give up Proton. In 1996, Proton purchased Lotus brand and entered into high-end racing area, lifting its own brand image. But the Asia financial crisis gave another shock to Proton. In the first five years of 21th century, sales of Proton dived and met another decrease of 25% in 2015. The government approved the $2,840m soft loan with one condition of finding a foreign partner. The foreign partner will get high domestic market shares and have access to enter into Southeast Asian market. Besides, it will get a world-known racing brand and technologies from Lotus. 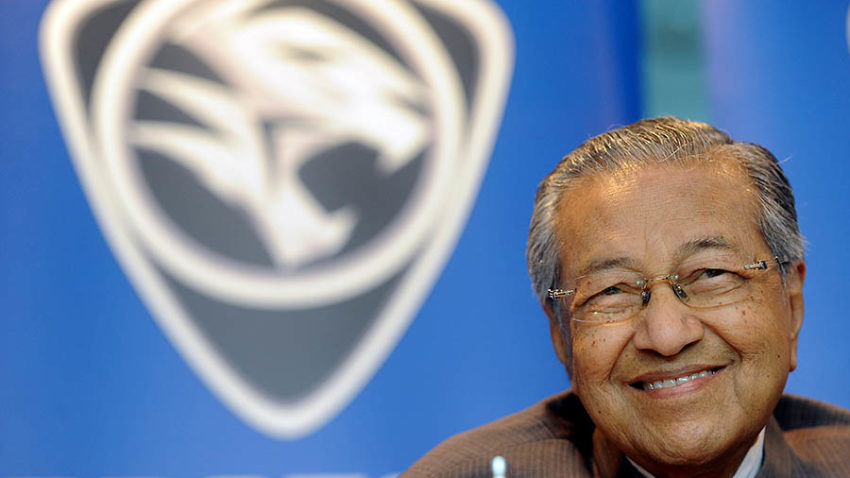 Mahathir Mohamad, who is dubbed the “Father of Proton”, said on a personal level, he was open to the idea of Proton selling some of its stake but would object if the entire company was sold off to a foreign company. “Proton is a national car. If we allow other companies to use our facilities to produce their cars, we will bear the losses,” the former prime minister said.

Geely, which only produced its first car in 1998, has undergone massive changes over the years and even purchased Volvo Cars from Ford in 2010, as well as the British London Taxi Company.