After releasing the official images last month, Geely has now unveiled the production version of its stunning Icon SUV, which first appeared as Concept Icon at the 2018 Beijing Auto Show.

According to Geely, the Icon SUV had its exterior initially conceived by Geely’s Barcelona studio and its interior penned by its California-based facility. Thus the Icon is very much a global model aimed at opening a new era of smart mobility for a fresh generation of users demanding high-tech and inspiring vehicles.

Thankfully the production version has lost none of the visual impact of the original concept, sporting a minimalist yet futuristic boxier design that remain amazingly intact. The striking front end is dominated by a reinterpreted “expanding cosmos” grille that spans the entire width of the fascia. The main vertical headlamps sits at the extreme ends of the front bumper while the upper headlights have been reduced to slits, flanking a slim air intake. Another pair of rectangular inlets can be found lower down, while the clamshell bonnet is fitted with vents. 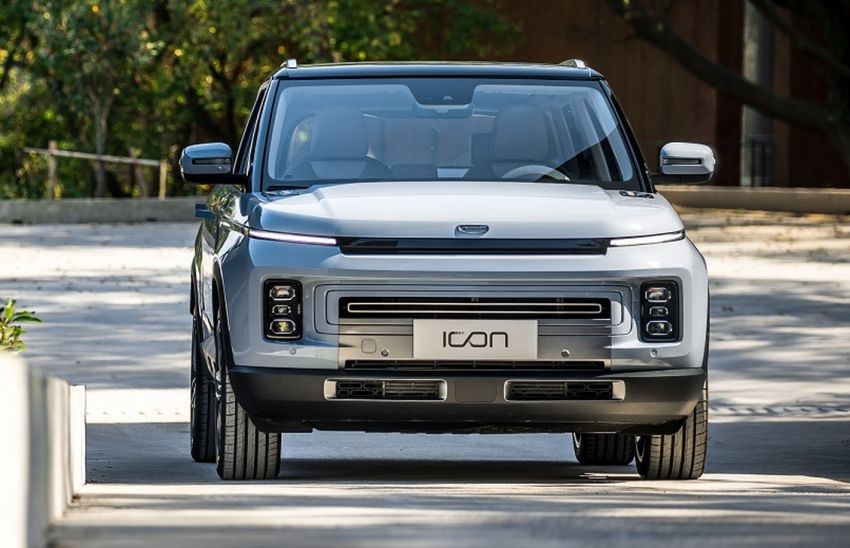 The upper lights flow neatly into a prominent accent line that then sweeps downwards and back into the squared-off wheel arches; this line is repeated over the rear wheels. The rectangular motif is repeated in the depressions of the side sills, door have retractable handles while indicators are integrated with the door mirrors. The pillars are all blacked out rendering a “floating roof” appearance. 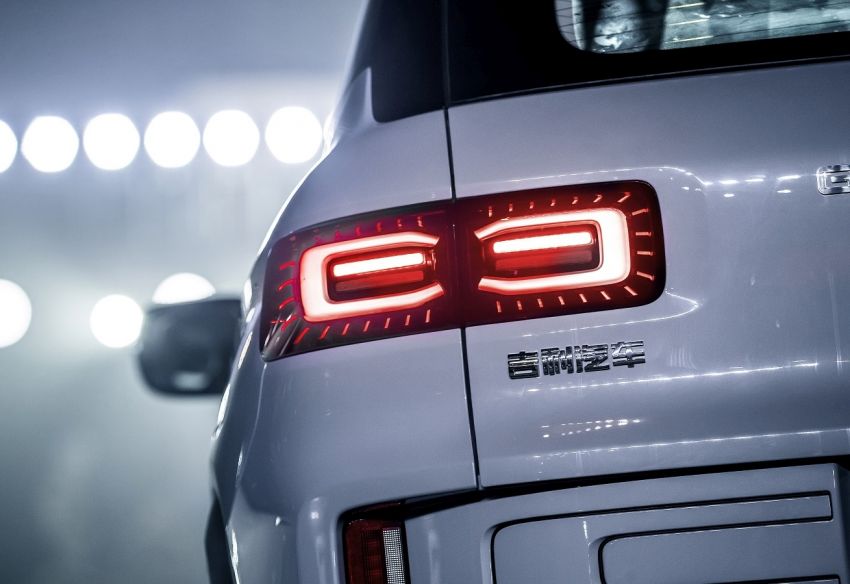 There are rectangular tail lights at the back while the signature concentric motif at the front is repeated at the rear to form the number plate recess. The black wheel arches and larger wheels add to the sporty stance of the Icon SUV. 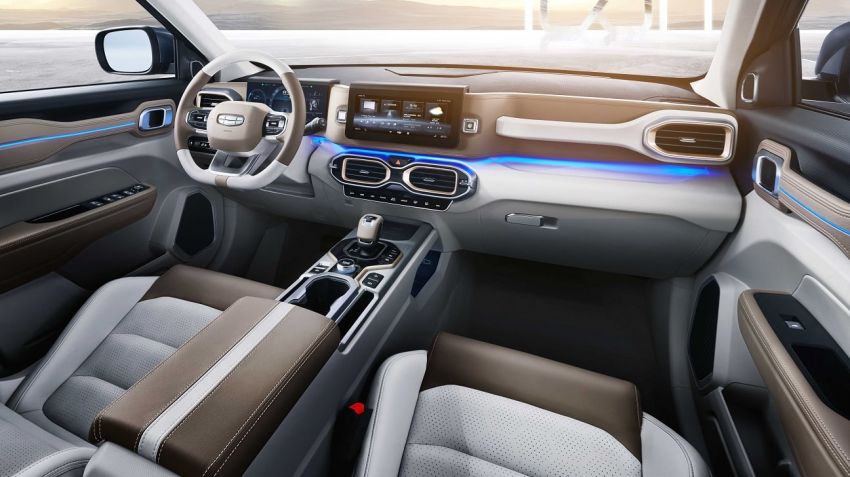 The interior also remains very much close to the original concept featuring a layered, multi-tiered dashboard with air-conditioning vents shaped like the infinity symbol, and very much reminiscent to the official Icon word mark. A couple of large screens are draped over the top layer– one for the instruments, while the other for infotainment utilizing the GKUI Geely Smart Ecosystem. 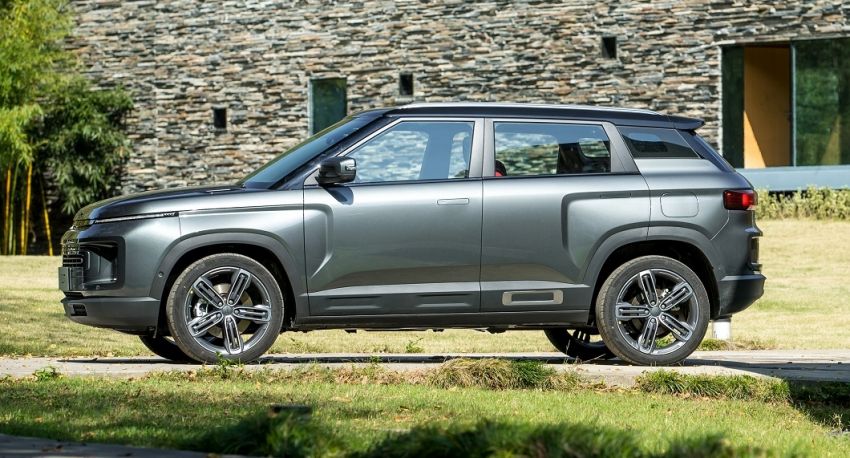 The Icon SUV is the second vehicle to rise on Geely’s B-segment Modular Architecture (BMA) which first underpinned the SX11 Binyue, bear in mind the Icon SUV was codenamed SX12. Measuring 4,350 mm long, 1,810 mm wide and 1,615 mm tall, with a wheelbase of 2,640 mm the Icon SUV is 20 mm longer, 10 mm wider and 6 mm taller than the Binyue, and have a 40 mm longer wheelbase in comparison.

Geely Icon is powered by a 1.5 liter turbocharged four-cylinder engine punching out 174 hp of power and 255 Nm of torque, paired to a 7-speed dual clutch transmission. In future, the Icon SUV may also get Volvo engines since Geely and Volvo have announced to merge their engine development operations which will enable the entire Geely Group family including Volvo, Geely, Proton, LEVC (London Electric Vehicle Co), Lynk & Co as well as Lotus to benefit from Volvo engines.