In order to bring hybrid power to a much larger audience, Japanese automaker Honda will be putting in their new dual-stage hybrid system in more cars in the coming years.

Dubbed as the i-MMD Sport Hybrid system, short for Intelligent Multi Mode Drive, the system has been in service for a while already. However, it’s commonly seen on larger Honda vehicles such as the Odyssey, Accord and CR-V. Now, Honda wants to deploy that new technology on their smaller cars.

That could mean models like the Jazz/Fit, City/Grace, and HR-V/Vezel will be getting the new i-MMD system. While there are hybrid versions of these vehicles already available today, those still use the i-DCD hybrid, also known as Intelligent Dual Clutch Drive. With an all-new Jazz on the horizon, we could be seeing Honda’s plan in motion as early as October 2019. The City too, will be entering its 7th generation later this year and is expected to get the upgraded hybrid powertrain.

What is the Difference between i-DCD and i-MMD?

First difference is the transmission. Instead of using a dual-clutch transmission like the i-DCD, i-MMD uses an e-CVT. Also i-MMD uses the latest dual-stage motor system to ensure more efficiency and it also has the capacity to deliver greater range in pure electric mode. That means you can go on short trips without having to use the engine at all, further maximizing fuel efficiency. 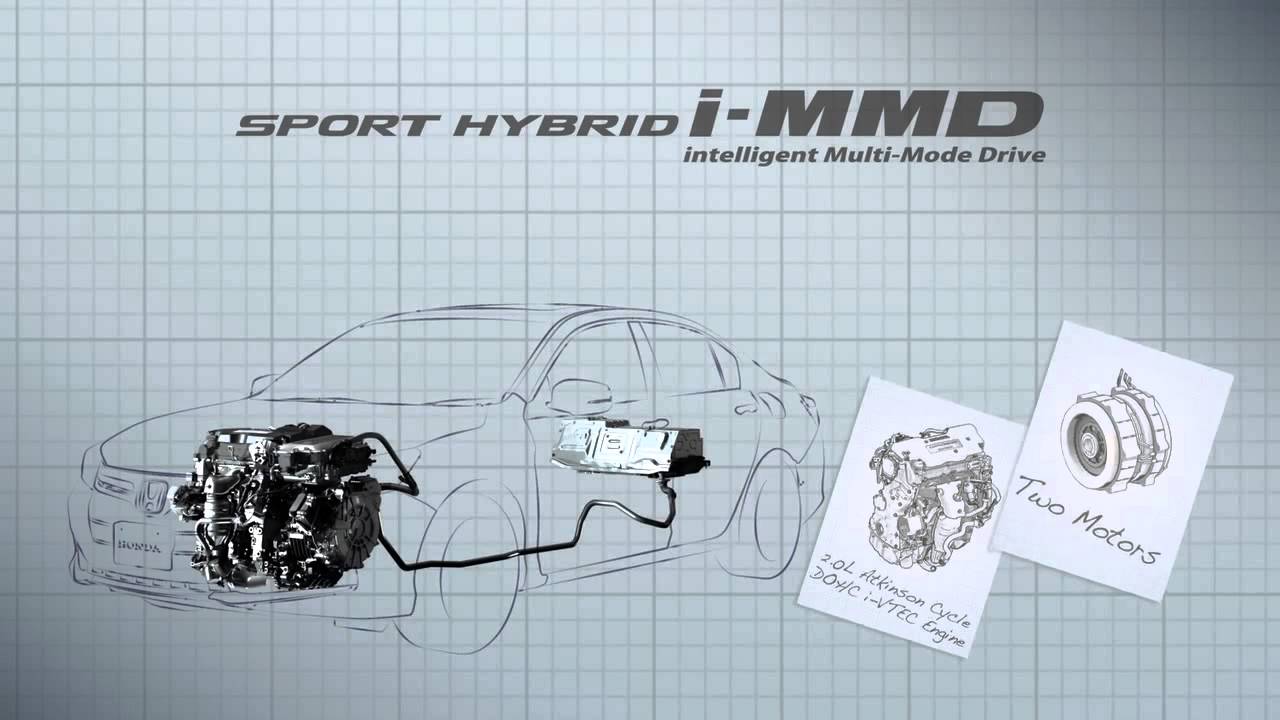 As of now, Honda hasn’t disclosed about the engine that they will pair the i-MMD system to, as it is currently mated to a 2.0-liter engine. In its current guise as seen in the Accord, CR-V, and Odyssey, it churns out approximately 210 hp. It’s unlikely that we will see that much power in Jazz, City, or HR-V. A likely candidate is the 1.5-liter engine, and it could be more than the listed 135 hp rating of the current i-DCD model.

Interestingly this will mean we might see a Jazz or a City with more power than a standard 1.8-liter Civic in future? Whatever the case may be, it looks like Honda isn’t just keen on making hybrids more mainstream, they want to make them fun too.