Hyundai announced in August that IONIQ, which was originally a range of four-door fastback hybrid and electric vehicle, will now move forward as an official Hyundai sub-brand that will offer “customer-centric EV experiences.”

The first model of IONIQ sub-brand for electric vehicles will be the IONIQ 5, of which Hyundai has just released a teaser video & is set for early 2021 debut.

The IONIQ 5 will premiere Hyundai’s recently announced Electric Global Modular Platform or E-GMP. Hyundai take advantage of the teaser to share a few hints of the new electric vehicle, such as “Extra Power for Life” that calls attention to IONIQ 5’s vehicle-to-load (V2L) bi-directional charging capability, “Extra Time for You” highlights its fast-charging capability or “Extraordinary Experiences,” that hints at the BEV’s soon-to-be-announced array of features.

In addition to IONIQ 5, there are more EVs slated to be launched under the IONIQ brand which includes a midsize crossover EV that’s based on the Hyundai 45 Concept that debuted last year at the Frankfurt Motor Show & is expected to come out in early 2021. 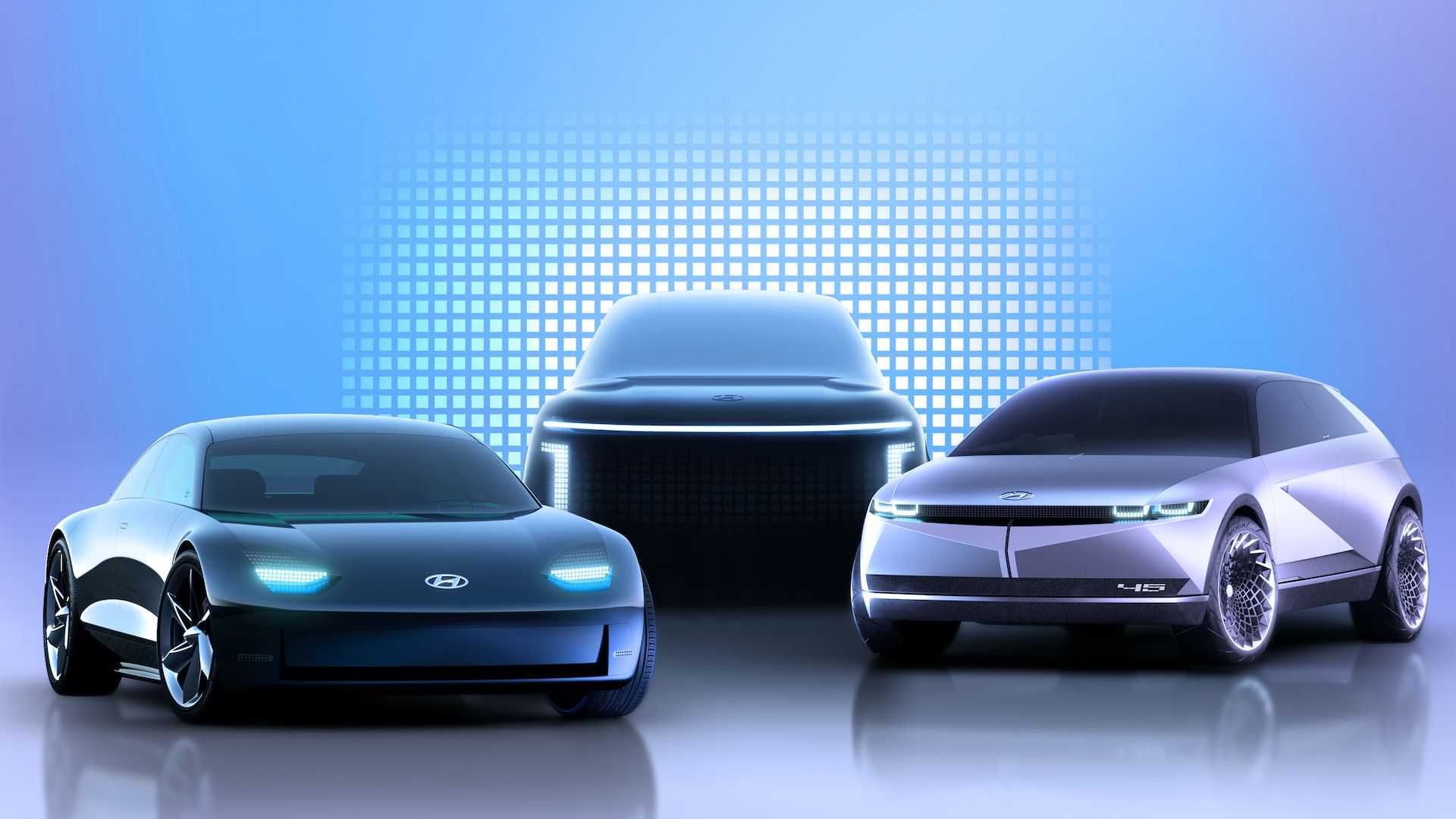 The next EV model will be the IONIQ 6 sedan, which is based on the Prophecy concept that was previewed during the first quarter of this year & will debut as a production model in 2022. Lastly, the IONIQ 7 SUV will be the flagship model under the new sub-brand and will come out by early 2024. Hyundai intends to position the IONIQ– as world’s top dedicated EV brand.