The Kia Picanto is undoubtedly among the most popular small hatchbacks on offer these days which sells in most parts of the world and is considered a prime choice by many. The hatchback is currently in its third generation that made its debut back in 2017 and is expected to see a thorough facelift soon as images of camouflaged test mules have already hit the internet. While the regular Picanto variants are economical, affordable and pretty much to-the-purpose, there is also a surprisingly nimble fun-to-drive version called the GT-Line on offer, and is available in a number of markets around the globe. And more importantly, the Kia Picanto GT-Line is loved & appreciated by automotive media and consumers alike. 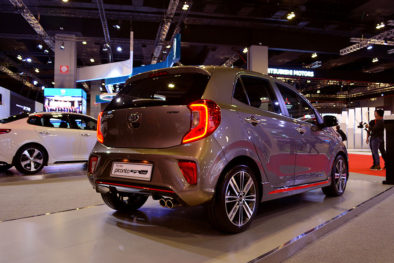 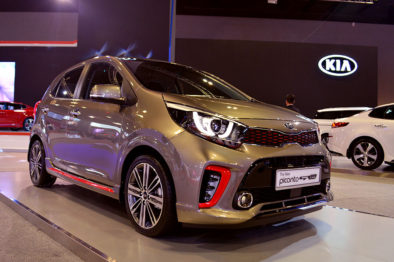 Although the GT-Line looks quite similar to the regular Picanto, the looks have seen spiced up by cosmetic enhancements which made it stand out from the regular variants. Up front, the design gets more aggressive with more pronounced side air dams and twin fog lamps. Along the side the GT-Line gets side skirt, giving the car a more aggressive stance. Towards the back, the rear bumper gets the same level of steroids as the front, with a diffuser and twin tail pipes with chrome finishes. The Picanto GT Line’s exterior styling is highlighted by prominent red accent running around the car which makes it stand out from the crowd. 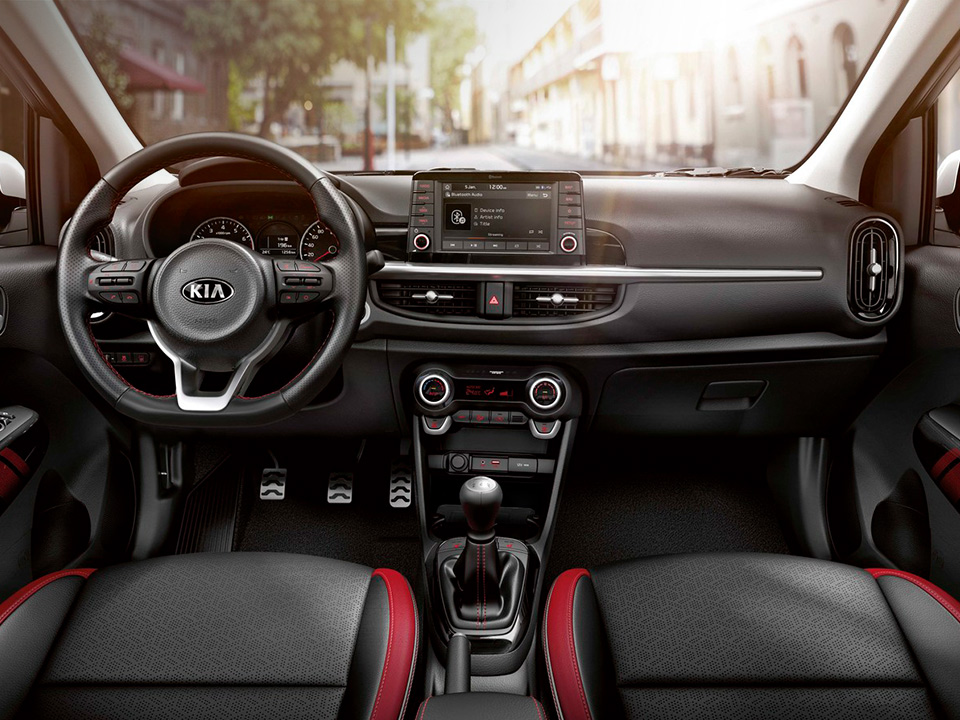 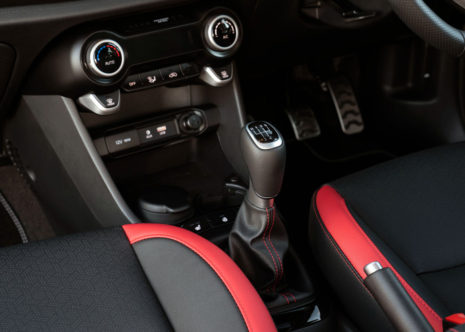 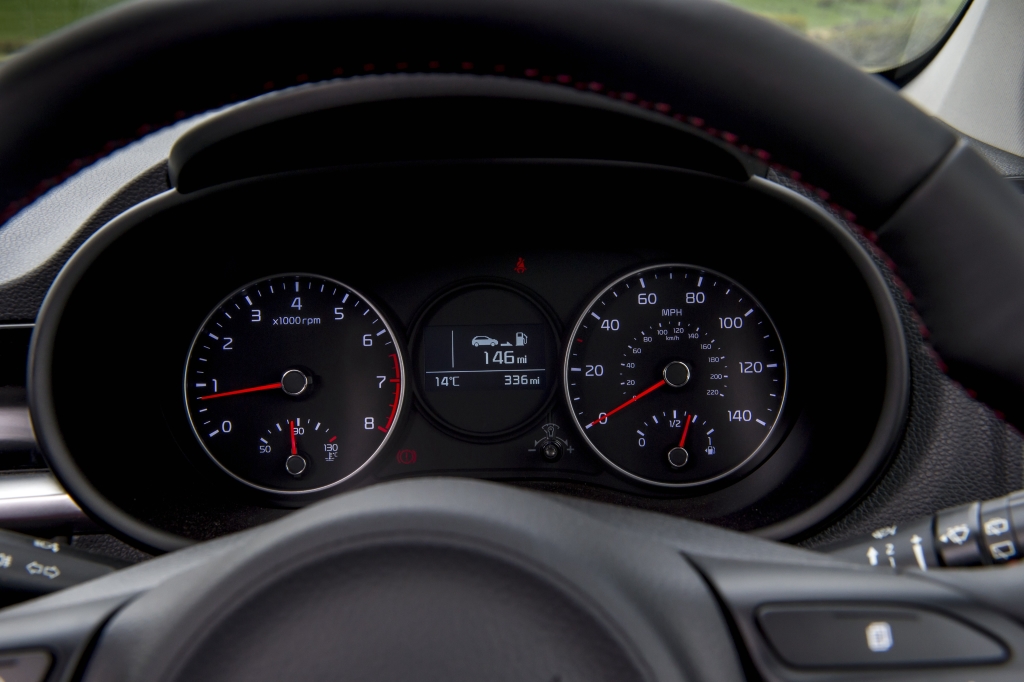 As for interior, the Picanto GT-Line gets premium black leather seats with red stitching, black and red inserts on the door and dashboard, as well as a center console and armrest. The Picanto GT-Line also gets a leather trimmed multi-function steering wheel giving the interior a more sporty uplift from the base Picanto. On top of that, the pedals are also different to add to the sportiness. Depending on the market, the GT-Line is offered with two different powertrain options. There is a 1.2 liter Kappa-II engine with 83hp of power and 122Nm of torque and comes paired to 4-speed automatic transmission. Then there is a flagship 1.0 T-GDi engine that develops 99hp and 171Nm of torque, making it the most powerful Picanto ever. With a 5-speed manual transmission to propel, it can accelerate from 0-100 km/h in just 9.8 seconds. 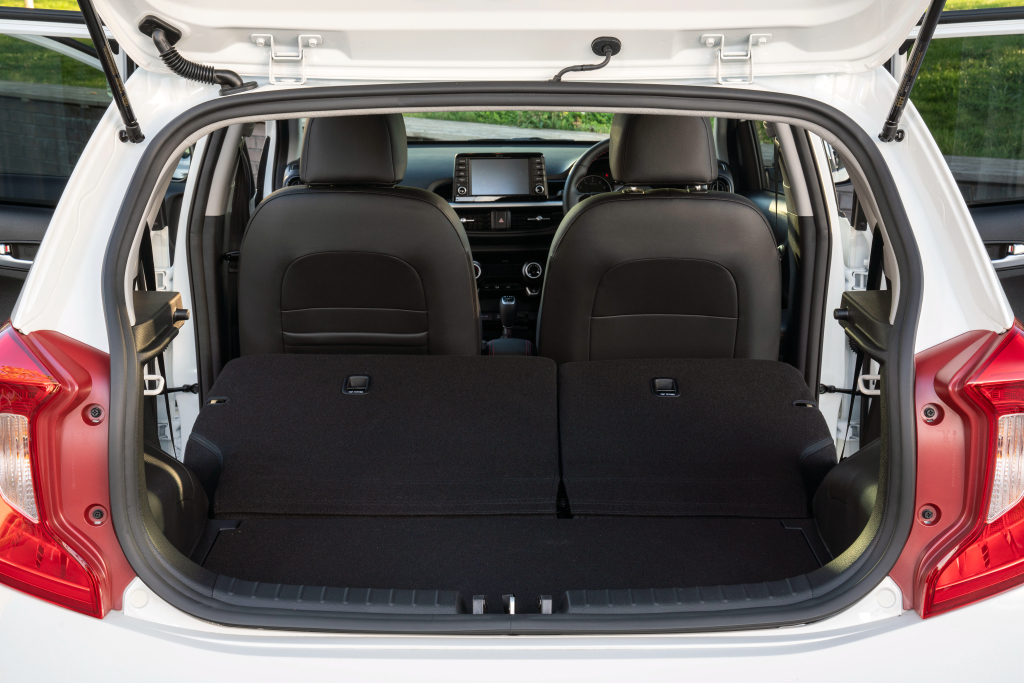 But the fun element doesn’t take away much of the practicality either. For example, the boot offers generous 255 liters of space (WagonR 180 liters, Celerio 235 liters, Swift 213 liters) and if the rear seats are folded down, there is a massive 1,010 liters available. ISOFIX mounting points are present so child seats can also be secured in the back. Plus as a city car it is easy to maneuver and even easier to park. The total length of Picanto GT-Line is just 3.6 meters means if you see a parking spot, chances are you will be able to fit. The turning radius is just 4.7 meters, which is great for inner-city driving and darting around tight car parks. 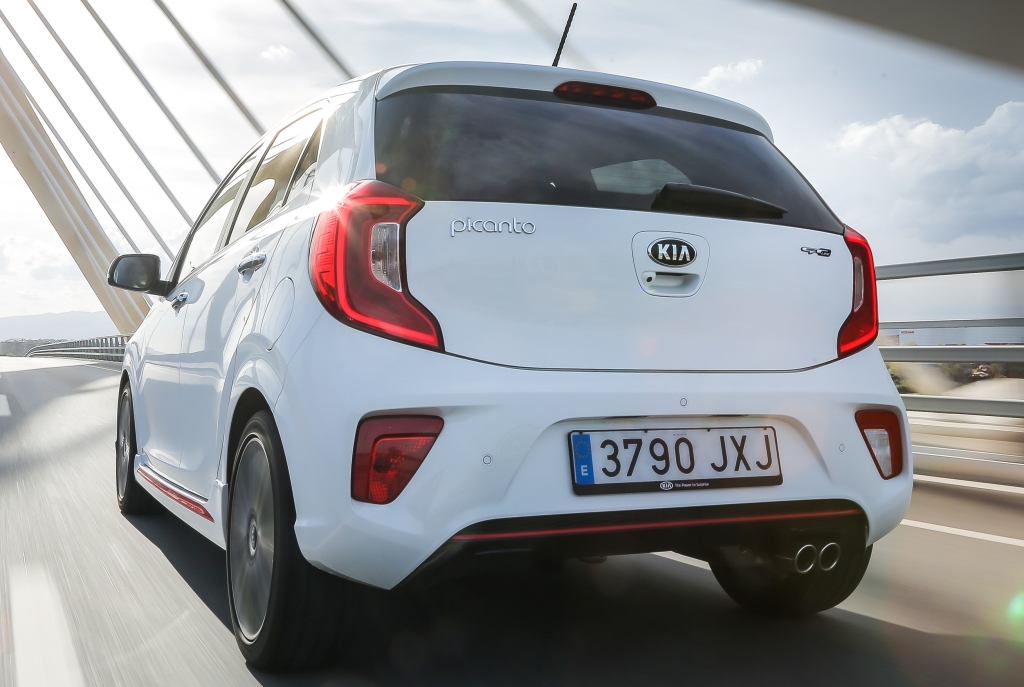 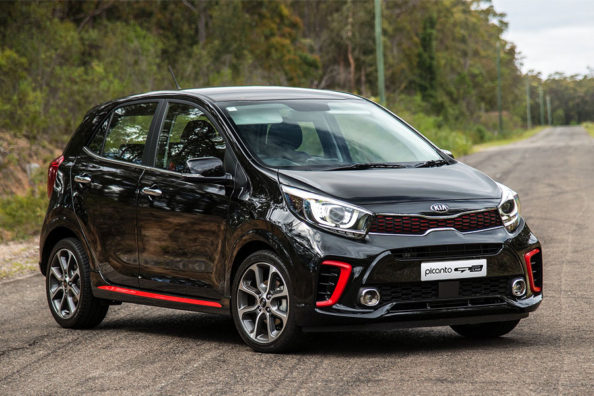 In most markets, the Picanto GT-Line is backed by Kia’s 7-years & unlimited kilometers warranty. It is no doubt an effectively pleasurable yet practical machine that has won the hearts of many around the world. Automakers operating in Pakistan should also consider tapping the niche market instead of offering a conventional range of products. An added variety in car buying options can certainly bring better results, and the Kia Picanto GT-Line surely vouch to achieve that.