Kia to Bring a Bold Electric Concept at Geneva

South Korean automaker Kia is preparing to make a big statement at the forthcoming 2019 Geneva Auto Show by unveiling a head-turning electric concept car. Kia has already released a blacked-out teaser image to give us an early look at their concept.

Gregory Guillaume, the vice president of design for Kia Europe, said in a statement:

“Automotive design is about capturing the heart and making it beat that bit faster for that bit longer — and we believe that there’s absolutely no reason why that should change simply because the car is electric.”

Kia calls it a visual embodiment of its desire to move forward in the exciting world of electrification. The yet-unnamed model was designed in Kia’s design center in Frankfurt, Germany. The teaser image shows the vehicle’s light signature giving an almost bionic stare that sets it apart from other products in the Kia’s portfolio. 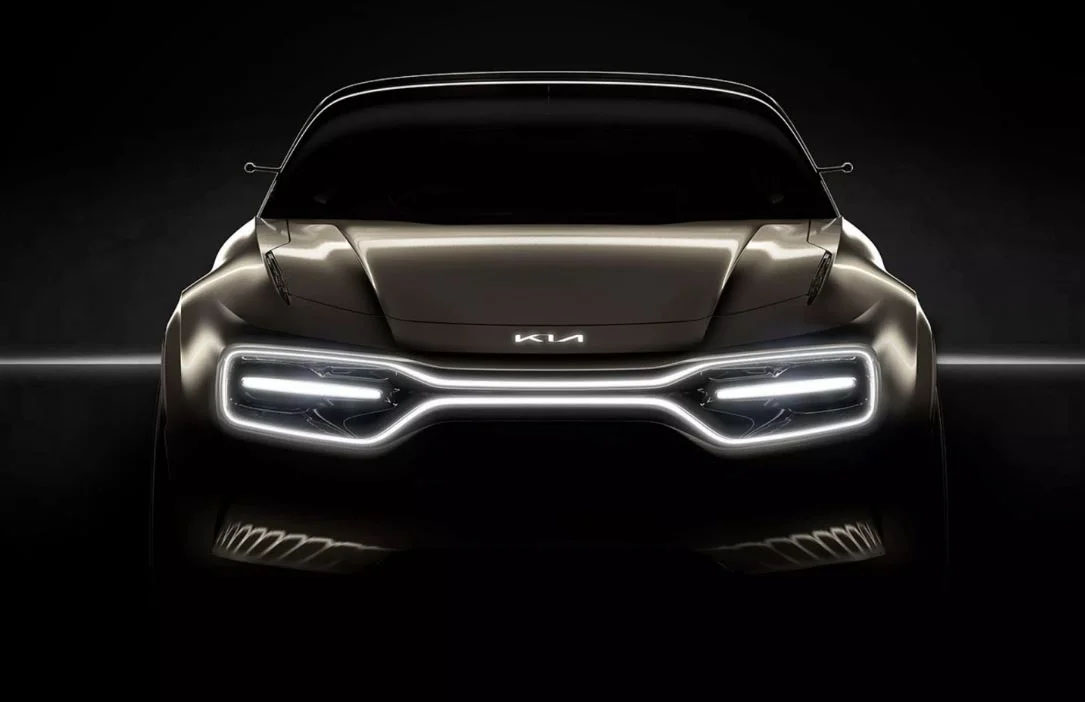 The front-end adorns a muscular design characterized by flared wheel arches and a sculpted hood. Whether it’s a sedan, a coupe, or something else is entirely unknown at this level. However you can still see rear-facing cameras replacing the door mirrors, plus it appears to incorporate a more stylized version of the Kia logo.

Kia and Hyundai together already have a trio of highly competent EVs— the Kona EV, Niro EV, and Soul EV, all using the same 64 kWh battery platform coupled to a 201 hp motor driving the front wheels. While the rest of the industry is running away from sedans and coupes, Kia seems to be embracing the passenger car again with this concept.

More about Kia’s concept car will be updated when it’s unveiled on the 5th of March in Geneva.