Next Gen Nissan Juke will Debut in 2019

Nissan Juke is a subcompact crossover SUV produced by the Japanese manufacturer Nissan since 2010. The production version made its debut at the 2010 Geneva Motor Show in March, and was first introduced to North America at the 2010 New York International Auto Show to be sold as year 2011 model. The name “juke” means to dance or change directions demonstrating agility.

The Nissan Juke occupied a unique spot in Nissan’s lineup. It was a compact crossover by definition, but it’s funky and often confusingly controversial to some in terms of appearance. Although Nissan has replaced the aging Juke with the new Kicks crossover SUV in most markets, the Juke continues to be a strong seller in Europe with the Nissan’s plant in Sunderland, UK, producing its millionth Juke earlier in July. 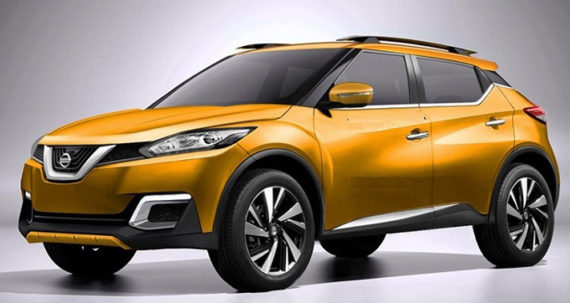 Now it is being reported that Nissan is working on to introduce the 2nd generation of Juke, that will most likely enter production in 2019. Nissan design chief, Alfonso Albaisa while speaking to Autocar confirms the development of the next-gen subcompact crossover.

The next Juke doesn’t look too much like the last one. It doesn’t look like IMx or new Leaf, either. It’s an urban meteor with a nasty attitude. Our job was easier with the first one because there was nothing else like it, and that car’s success was so huge even given how polarizing it looked. The second one couldn’t be derivative or evolutionary and still be a Juke.

The 2nd gen Juke will reportedly sit on an elongated platform borrowed from the new Micra and Renault Clio subcompacts and can be powered by a 1.2-liter turbocharged 4 cylinder engine.

Although the production is slated for 2019, we might see it as a concept or renderings in coming months, as for now, Nissan wants to keep the design a secret.