Parking Sensors and Their Usefulness

Anyone would agree that driving an automobile may require some skills but parking the vehicle requires even more than that. And especially it gets difficult when you have to parallel park in a congested area or squeeze your car in tight spaces. 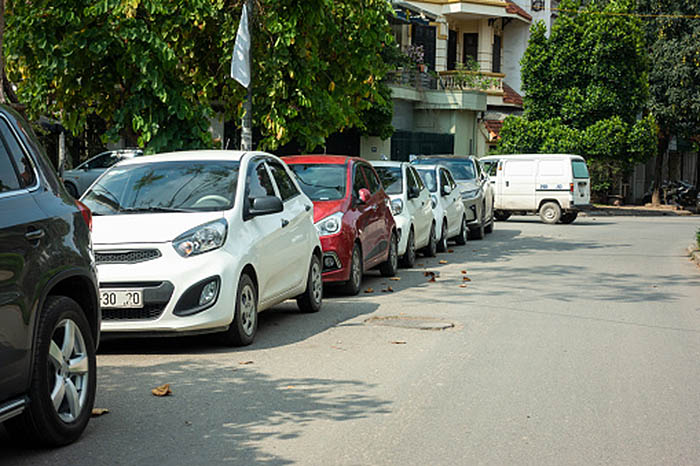 You have to save your car from dents and scratches and avoid bumping into walls, other obstacles & even other cars that are parked nearby. In older vehicles if you wanted to reverse, it was relatively easier since you can just turn you head back and get a good look at what’s behind, thanks to a low trunk and ample window spaces. Now with newer cars having higher trunks and aptly sloping rear glass, it’s never easy to see what’s at the back of your car while you reverse.

That’s the reason why most automobiles are fitted with reversing cameras these days; however there is another feature that has been around for quite some time now and aids well in parking the vehicle. The parking sensors come handy in most of the parking situations; especially parallel parking which involves frequent back & forth exercises that can frustrate inexperienced drivers a lot.

The Parking Sensor was first invented by Dr Tony Heyes in the late 1970s which he patented it in 1983. It had a modest beginning which was based on an ultrasonic system. Various automakers then began to offer rear parking sensors in their vehicles during the early 1980s.

What is the Parking Sensor? 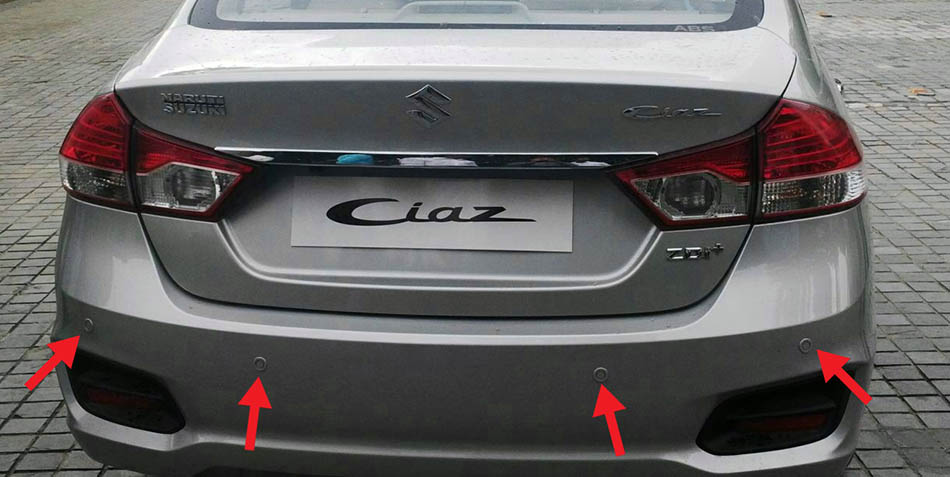 Parking sensors are the proximity sensor which is used to help the driver in identifying near vehicles & obstacles while parking. These sensors were initially installed on the back of vehicles, however parking sensors can now be found at the front of a vehicle as well. Day by day, the popularity of these sensors has been increased because of ever-increasing automobile dimensions as well as reduced parking areas. There are mainly two types of parking sensors:

These sensors detect objects with the help of high-frequency sound waves. These sensors produce sound pulses that reflect off of near objects. A receiver notices the reproduced waves & estimates the space from the car to the object. Usually, these sensors are connected to an alarm device to give an alert to the driver when an obstacle comes near to the vehicle. There are some drawbacks of these sensors, such as tiny objects are not frequently detected. Furthermore particular materials like flesh & plastic etc can’t replicate ultrasonic waves. Plus the sensors are arranged across the bumper of the car, where a layer of grime or dirt can stop them from working properly. 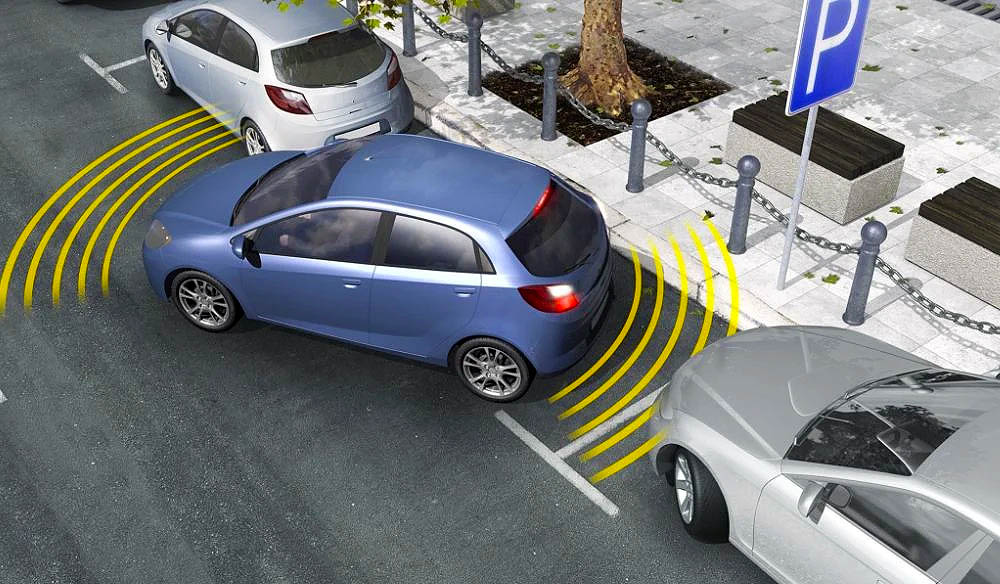 In general, both the parking sensors like ultrasonic as well as electromagnetic are designed to connect whenever it operates at low speed or reverse. Automatically, they stop transmitting data through the infotainment system while moving ahead & at enough speed to reduce driver distraction.

Whenever driver engages the reverse gear, the parking sensors get triggered automatically and transmit ultrasonic or electromagnetic signals depending on the system installed. When these signals strike the nearby object, immediately they get replicated and again they are captured by the parking sensors. Depending upon the elapsed time among sending & recapturing of signals, engine control unit measures the distance from the vehicle to an object. When the car moves toward an object, the alarm system gives an alert to the driver with an audible sound. Most automobiles are now equipped with an inbuilt camera as well to get an accurate vision of the surrounding area of the vehicle.

The limitations of this sensor mainly include the following.

Today modern vehicles are equipped with a lot of parking and driver assistance system. Automatic parking has also become a common feature in developed markets where the vehicles with the assistance of various systems & sensors can automatically park themselves without the assistance of driver. Furthermore modern vehicles are also equipped with Blind Spot Monitors that oversees the sides of the vehicle. It can also include Cross Traffic Alert, which alerts drivers backing out of a parking space when traffic is approaching from the sides.

However in this day & age most of the vehicles assembled in Pakistan come without parking sensors. While one can find after market parking sensor kits which are available from as low as Rs 3000, most people avoid installing these as it requires alterations to the vehicle’s system which results in getting the vehicle warranty void. It is sure surprising why local assemblers aren’t offering this useful feature in most of the cars when the system comes so cheap & has been around for decades.

Although it’s too much to ask for advanced system such as blind spot monitoring, cross traffic alert or automatic parking etc, in the local assembled vehicles but offering parking sensors won’t cost them much at all. Plus it’s really a helpful feature when using an automobile in congested traffic situations of today. Furthermore it’s the responsibility of government bodies to implement mandatory requirements regarding automobile safety & equipment which automakers are bound to follow.

For example in India, all 4-wheelers that come off the production line after July 1, 2019 have to be mandatorily equipped with airbags, seat-belt reminders, reverse parking sensors, and a manual override for the central locking system. The Ministry of Road Transport passed this mandate in order to improve the road safety scenario on Indian roads.