Proton CEO Dr Li Chunrong outlined his bold plans for 2020 and beyond on the back of Proton’s strong sales this year. Proton sales in the first 7 months of this year rose 47% year-on-year to 52,269 units from 35,561 units recorded in 2018, and has already regained the 2nd position in Malaysian market.

The Geely Boyue-based Proton X70 which is the first ever SUV in Proton’s lineup has played a pivotal role in the success of Proton. The X70 SUV has already breached several sales records in Malaysia. Proton CEO said that the company is aiming to eventually wrestle the #1 spot from Perodua.

“Our target is to be the number one carmaker in Malaysia and number three in ASEAN. Some people have laughed at this, but look at the results – last year we were number four, from April this year we are number two. Maybe next year we can be number one for one month!”

To achieve this goal, Proton has set itself a few targets, the first of which is to sell over 100,000 vehicles next year. This will be helped with the introduction of a highly-anticipated crossover SUV called the X50, which will be slotted below the hot seller X70. The X50 will reportedly be based on the Geely Binyue.

According to Li Chunrong, the company’s impressive growth in the first half of the year makes the target well within the reach. Proton sales have shot up 59.1% outpacing both its immediate competitors and the total industry volume. 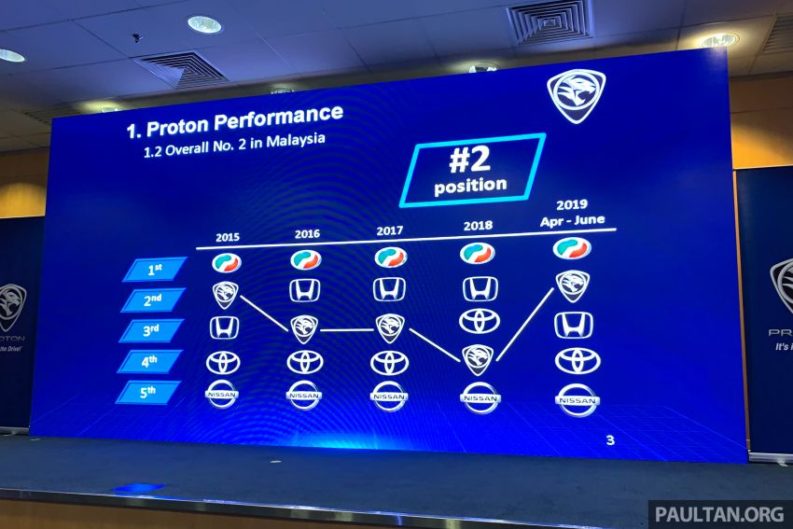 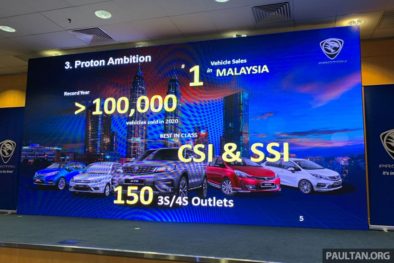 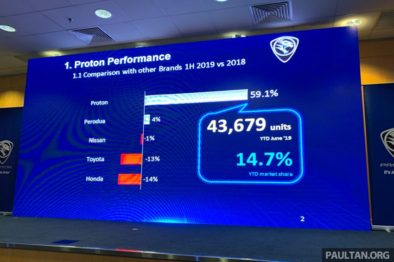 Proton also plans to achieve the top spot in its class in JD Power’s Customer Service Index (CSI) and Sales Satisfaction Index (SSI) studies in Malaysia, through its sales and service network that is set to grow to 150 3S and 4S centers.

In September 2017, Chinese auto giant Geely bought a 49.9% stake in Proton in a deal valued at $107 million. Geely also bought a 51% stake in British sports-car maker Lotus from Proton in a separate deal for a reported $65 million. At the time of takeover, Geely announced that the company is committed to supporting the transformation of Proton and Lotus with its expertise, and aims to build Proton into the most competitive brand in Malaysia and a leading brand in Southeast Asia. 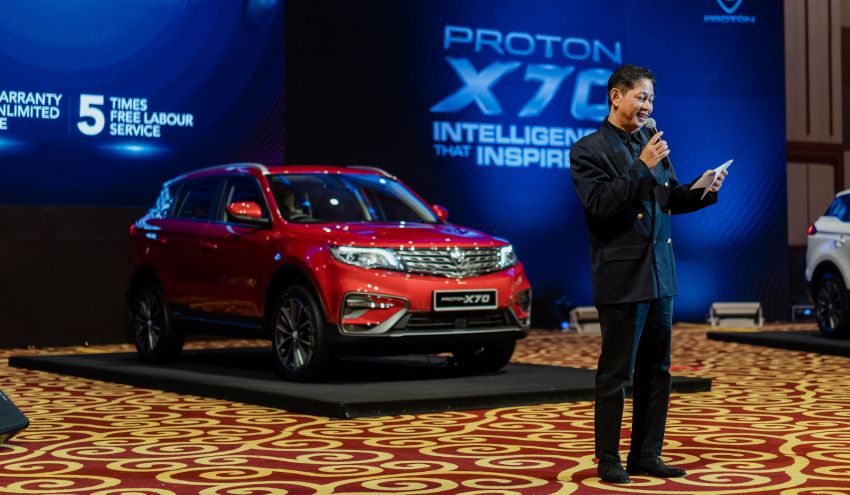 Last month the Proton X70 SUV was also launched in Brunei spreading its presence outside Malaysia. Proton has also teamed up with Al-Haj Automotive and is in process of launching its range of vehicles in Pakistan. The plant being constructed in Karachi will become operational by June 2020 with 1.3 liter Saga sedan as their first offering. According to Proton Chairman Syed Faisal Albar, Pakistan will become Proton’s gateway to penetrate other markets while the company is studying to introduce other models in our market as well.